Slow start sees Tipp with too much to do 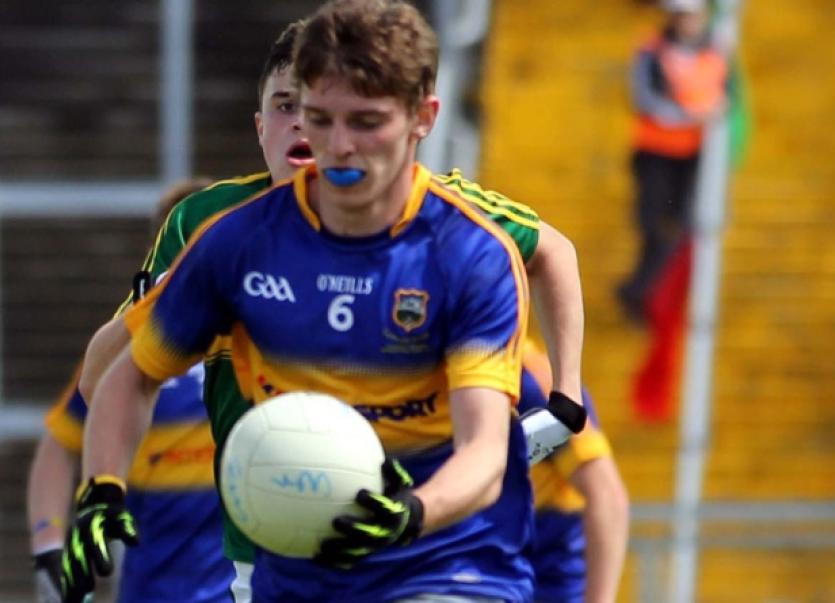 Any aspirations Tipperary had of causing a major upset were undone by the concession of two early goals in a Munster final clash against a Kerry team who dictated proceedings after punishing Tipperary for a lethargic start.

Any aspirations Tipperary had of causing a major upset were undone by the concession of two early goals in a Munster final clash against a Kerry team who dictated proceedings after punishing Tipperary for a lethargic start.

Tipperary showed too much respect to Kerry from the throw in at Killarney, standing off their man, affording the Kerry man in possession time to utilise the speed and movement around him as Kerry exposed their opponents.

Those goals, excellently taken by Kerry’s two main dangermen Conor Geaney and Cormac Linnane, gave the home side the cushion they wanted which allowed them dictate the terms of the match to Tipp.

Tipperary did produce a surge late in the first half and again late in the second half. They showed composure in front of goal, taking some excellent long range points with Aidan Buckley, Danny Owens, Jack Kennedy, Alan Tynan and Brendan Martin in particular finishing patient Tipperary passing moves to keep them in the game.

It was not until the possibility of salvaging something out of the game was over that Tipperary managed to raise a green flag. The visitors lacked penetration throughout the game, creating little in front of goal in a match that saw them rely on long range kicking for scores .

They never threatened the Kerry goal until seven minutes from time when Aidan Buckley, who rose well to gather a clever pass from substitute Ross Peters, whose industry injected a sense of urgency into the Tipp attack, neatly finished off the move with a well struck low shot to the net.

Tipperary needed goals long before Buckley’s strike but they struggled to put the Kerry defence under any pressure.

When Tipperary did change their shape to go and chase the game after the early setback, they did themselves no favours by shooting four wides from very good positions in the closing minutes of the first half at a time when scores from a Jack Kennedy free and another from Alan Tynan, who was set up by Danny Owens, had given Tipperary a momentum.

The wides however meant Tipperary still had a sizeable deficit to make up by the interval with Kerry holding onto an eight point cushion at the break.

That eight point gap meant that Kerry had the work and the job done and manager Jack O’Connor asked his team to go back out and win the second half.

In the post match interviews the Kerry manager expressed some dissatisfaction that his charges had failed to do what he had asked of them in the second half with Tipperary winning the half by two points.

The damage was done in the first half and Buckley’s goal was not going to change the course of the game at that juncture.

Tipperary will have taken some encouragement from that second half display but have to learn from the chastening first half experience when Kerry gave a master class in attack.

Brian McGrath and Aidan Buckley did bring some physicality to the game but not enough Tipperary players got in close enough to the man with the ball to unsettle the hosts.

Tipperary paid a big penalty for not getting close enough to Kerry in the opening half. The Kerry man in possession had plenty of time to pick out the movement of the players ahead of him and Kerry had the forwards to exploit the space created in front of the Tipperary goal.

The concession of two goals in fourteen minutes provided Tipperary with an enormous mountain to climb. The goals were killer blows for Tipperary. The outstanding Conor Geaney, who scored a goal and five points and made the other goal, gave an exhibition while he was ably assisted by Cormac Linnane and the classy Michael Foley.

With nine minutes gone Geaney ran into the space that opened up in front of the Tipperary goal and the Kerry sharpshooter made no mistake, punishing Tipperary for their inability to track Kerry runners.

Five minutes later Geaney tormented Tipperary again. The corner forward’s pace lost Tommy Lowry in the corner and Geaney had the time to pick out Cormac Linnane who finished in style to the net.

It gave Kerry a seven point cushion after just fourteen minutes, extended out to eight with a Michael Foley point and further again with a point from corner back Jack Morgan after eighteen minutes.

Tipperary started to experiment with a number of permutations to try and recover ground and started to make progress against Kerry. Tipperary tried a two man full forward line before going back to a three man line and abandoning their sweeper system with Danny Owens moving to midfield.

Tipperary did make some advances as a result. Running at Kerry they created chances but they squandered the majority of those by shooting poor wides before the break.

Kerry contained Tipperary throughout the second half without playing with the same intensity which had established such a distance between the teams in the first half. Aidan Buckley’s goal was well taken but at that stage the game was over as a contest and Kerry were deserving winners on the day.