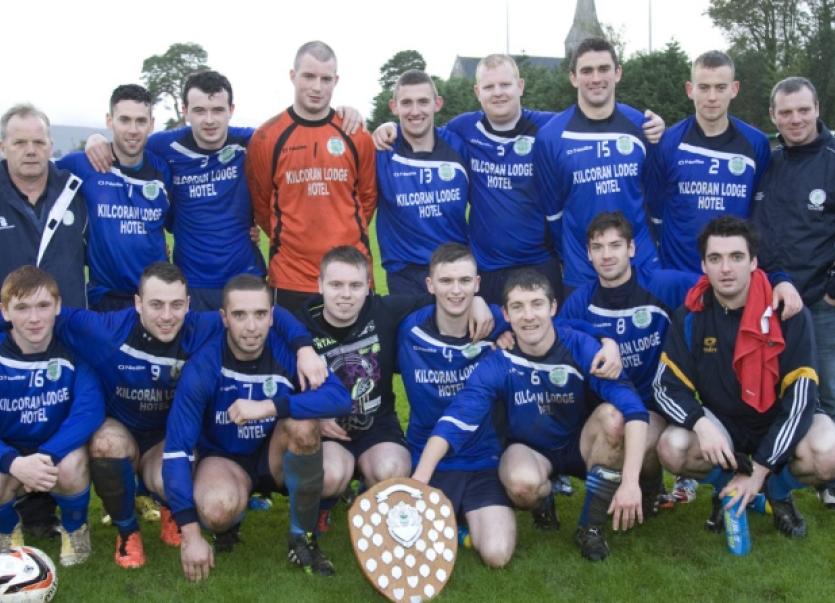 This was a real guts and glory local derby as both teams looked to advance in the competition. It also gave the home team a chance to test themselves against Premier league opposition as they try to make their way back to the top table of Tipperary football.

And Wilderness Rovers gave a great account of themselves before falling short right at the death in the cruellest way possible.

The underdogs had the best chance to open the scoring early on, and the Old Bridge defence could count themselves hugely lucky to clear a ball off the goal line less than ten minutes into the game.

This shook the Premier League team into action however and they drew first blood when Noel Walsh picked up a pass from Owen Leahy and finished to the home team’s net to give Old Bridge a one goal lead. They could have doubled this within five minutes when a free kick rattled the Wilderness goal, as Bridge pressed to apply a knockout blow.

The home side however held out to the break and gave themselves a chance to compose themselves again. And they took that chance with both hands, as just on the hour mark, Lee Cashman struck a free kick from all of 25 yards out to the visitors’ net to level the scores.

This was how the game finished and six minutes before the end of extra time, Ger Kennedy thought he had won the game for the Wilderness, but his powerful shot came back down off the crossbar and was cleared to safely.

Two minutes later the home side were reduced to ten men, but there were no more goals in the final minutes and the game went to the dreaded penalty shoot-out.

Amazingly, both keepers saved each of the first two penalties, but after that it was a lesson in nerves and accuracy as penalty after penalty flew into the back of the net. It looked like players would reach the end of the line and have to kick again but Old Bridge keeper Raymie Boyle saved the home team’s tenth penalty and it was the PremierLeague team which advanced to the next round.

Overall, this was a hugely entertaining game that had just about everything, except a happy result for the home supporters. Old Bridge will count themselves fortunate to be in the draw for the next round.