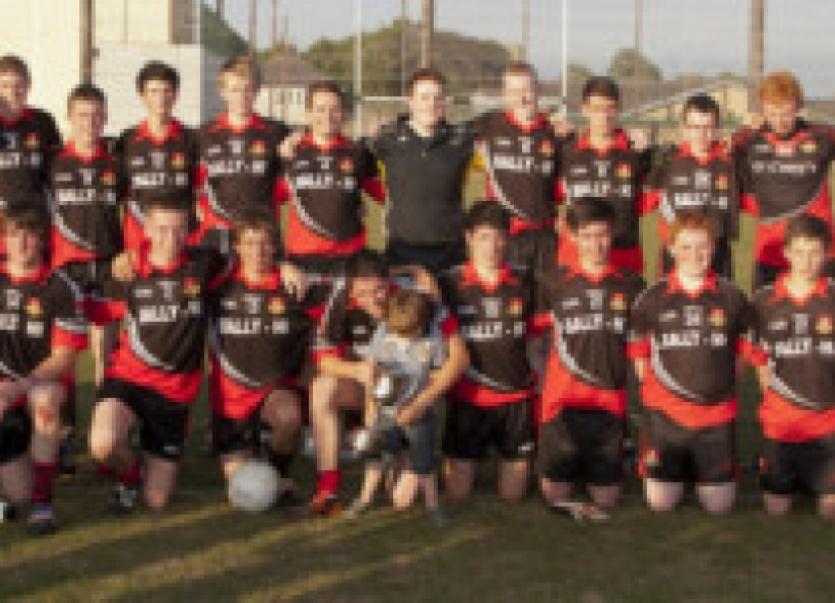 Holycross has become a happy hunting ground of late for the football fraternity of Ballyporeen with the minors recording a second significant victory for the club at the mid Tipp venue.

Holycross has become a happy hunting ground of late for the football fraternity of Ballyporeen with the minors recording a second significant victory for the club at the mid Tipp venue.

Just six days after their intermediate team won a county title against Borrisokane, Ballyporeen minors returned and proved too strong for Kildangan with 10 points to spare in the end.

The South champions will now face Upperchurch in the county minor ‘B’ decider, hoping to complete a remarkable double for the club.

While it proved a fairly one-sided victory in the end, the first half was a competitive affair, with Ballyporeen leading by only two points at the break. The second half was nearly all one-way traffic.

Captain David Cawley opened the scoring for Kildangan inside 20 seconds, but Bally’ were 0-3 to 0-1 to the good on 10 minutes following two frees from Fionán O’Sullivan and a well finished point from centre-forward Jason Cahill.

North champions Kildangan, with the breeze behind them, fought back with three unanswered points from Dan O’Meara, Decky McGrath and David Sweeney (free) to lead after 16 minutes. However, three further O’Sullivan frees had Ballyporeen two up at the break (0-6 to 0-4) with Kildangan conceding a lot of frees in the run-up to half-time.

Inside 90 seconds of the restart Kildangan had the game tied up again with the influential David Sweeney scoring twice, the first a free. Remarkably they wouldn’t score again for the remainder of the game.

Sweeney did have a piledriver come back off the upright in the 36th with the sides still level but after that the Kildangan challenge faded.

Ten minutes from time county minor Willie Connors received a second yellow card and could have no complaints. It made a bad situation almost hopeless for Kildangan.

Ballyporeen’s Adrian English finished off a fine movement with a well-taken goal in the 54th minute, sandwiched between another pair of O’Sullivan frees. Commanding centre-back Rian O’Callaghan pointed beautifully in the final minute to complete the facile win for Bally’.