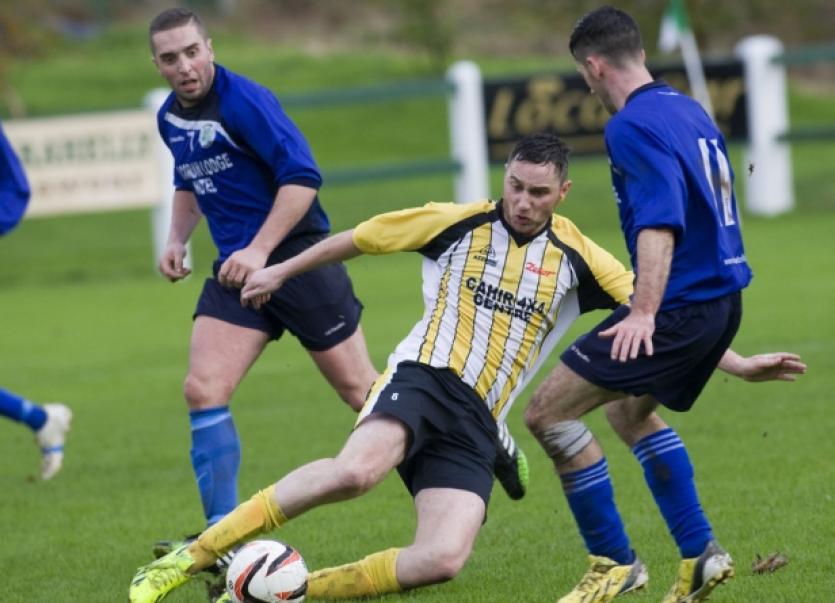 Another weekend, another win for the top team from Tipperary Town, as St Michael’s travelled to Killenaule and came away with an easy, if ultimately facile win against a poor home side.

The players were hardly warmed up on a cold wet morning, when the visitors took the lead as John O’Brien headed in a cross from Michael Ryan to put his team ahead.

Less than five minutes later, they doubled the advantage when Irish international star player Paul Breen turned in a corner kick, as this time scorer O’Brien became the provider.

On the quarter hour, St. Michael’s more or less wrapped booked their round two ticket when Micheal Ryan converted from the penalty spot to make it three nil, and ten minutes before the break, he did the same again from 12 yards out as he converted a second spot kick.

The away side were coasting now, and ten minutes after the break, Michael Ryan floated in a beautiful free kick which was headed home by Darren Lynch.

Then, just after the hour mark, they made it six of the best as Shane Mc Grath split the Killenaule defence and David Slattery converted to finish the day’s scoring.

That wasn’t the last of the highlights for St Michaels though, as five minutes before the end, they welcomed back another Irish international player, Jimmy Carr after a knee injury, ominously for opposition sides for the rest of the league, making an already very strong team, even stronger.