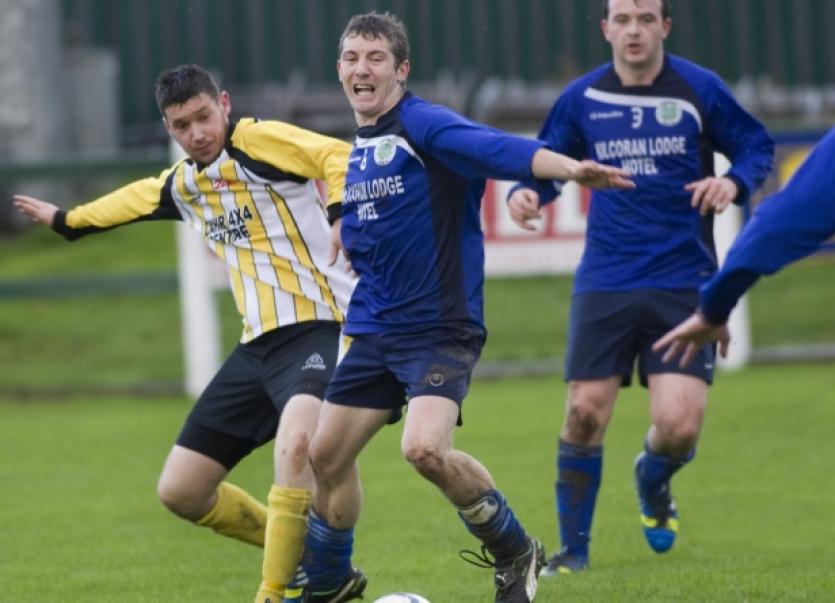 The first of the games between the expected trio of title contenders took place at the By-Pass on Sunday afternoon in front of a large crowd, and it was the away team, who took the spoils in a very exciting game filled with attractive attacking football.

After a hectic opening, the game settled down, and both sets of midfielders probed hard to find an opening in two solid defensive units. The seminal moment of the game therefore happened not long after the half hour. A quick Town attack caused confusion in the home defence, and when a ball was driven into the crowded area, the referee deemed the ball to have been handled by Dwayne Burns, and immediately pointed to the spot. Worse was to come however, and despite huge protestations from the Celtic players, Burns also received a red card for denying a goal scoring opportunity and so when Tony Scully made no mistake with the penalty, Town were now a goal, and a man up.

Within a couple of minutes of the restart, Town doubled their lead when David McGrath turned the home defence inside out to make it 2-0. A difficult task was made near impossible when just before the hour mark, an already creaking Celtic defence finally broke again and Richie Crowe stole in to make it 3-0 for the visitors. To the home side’s credit however, they didn’t give up, and Aaron Moroney finished well from just inside the box in the 62nd minute to cut the lead, and they could have really made Town wobble minutes later, but a Seanie O’Hara header just cleared the bar with the keeper stranded.

However, the numbers told late on and Celtic were visibly tiring when Crowe scored his second in the 66th minute.

The drama didn’t finish there as Clonmel Town were reduced to ten men themselves when Shane Flynn received a second yellow card, but at that stage, Celtic were spent and the Town registered the first big win of the season.

The champions will be disappointed, but no leagues are won in October. They will dust themselves down and no doubt spend time on the training ground making sure they will be itching for revenge come the return fixture.

As for Town, their unbeaten start to the season continues, but they can’t consider themselves as dark horses anymore. This team is going to take beating this year.