Tipp make long journey to Leitrim a winning one 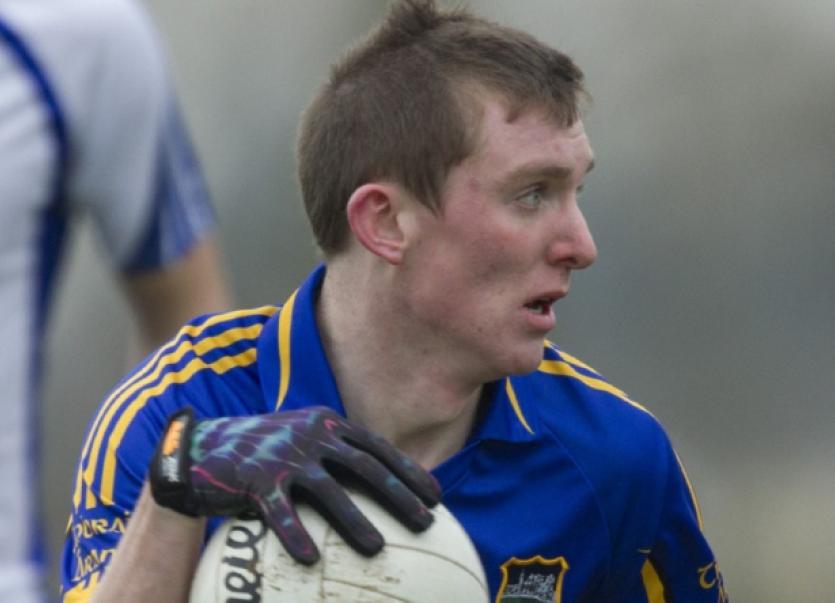 In their first competitive outing of the year, Tipperary under 21 footballers made the long journey to Mohill on Saturday last for a first round Hastings Cup clash with Leitrim.

In their first competitive outing of the year, Tipperary under 21 footballers made the long journey to Mohill on Saturday last for a first round Hastings Cup clash with Leitrim.

And they made the trip worthwhile with a well deserved eleven point margin victory on a score line of 1-18 to 1-7.

Backboned by a number of the 2011 All Ireland minor football final winning side, Tipp went into the game as firm favourites and apart from a ten minute spell in the second half when Leitrim fought back, cutting a seven points deficit back to two points, they never allowed the opposition out of their sights, taking control in most areas all over the field to run out comfortable winners in the end.

With Tipp creating a lot possession in the opening six minutes it finally paid off with a Jason Lonergan point and for the remainder of the first period proved the dominant side adding a further eight points with Stephen O’Brien slotting over three points including a 45, Liam McGrath 0-2, Josh Keane, Sean Flynn and Seamus Kennedy 0-1 each for a six point advantage at the break, to lead 0-9 to Leitrim’s0-3 who replied through Niall Brady, Brian Beirnie and Niall Woods with a point each.

Ten minutes into the second half Tipp had stretched the lead to seven but every team has a period of dominance and Leitrim to their credit hit back with 1-2 narrowing the gap to two points including a converted penalty by Shane Quinn with the initial shot coming off the bottom of the post.

However there would be no slip up by Tipp as they came storming back and a superb Stephen O’Brien at midfield proving a real thorn in Leitrim’s side by landing two 45s and a point from play and any hopes Leitrim had of making a further come back were finally dashed when O’Brien again with a speculative shot from fifty metres went all the way to the net putting Tipp firmly in the driving seat.

With no fewer than eight of the starting fifteen getting on the score sheet, it reflects the hard work and competition for places that’s going on in training.

And while there will be tougher challenges ahead it provided David Power and the rest of the team management wiuth an ideal insight to what will be required down the road.

Next up for Tipp is against Wicklow in Round 2 of the Hastings Cup on Saturday next, January 11, in Dr. Morris Pk, throw in 2pm.

In their first round game Wicklow had to settle for the runners up spot to a very polished Meath side who ran out very convincing winners.

March 12 v Waterford in Dungarvan is the major focus for the U21 football squad as they will be the first Tipperary team to enter the championship arena in 2014.

The management team of David Power, Pat Moroney, Gerry McGill and trainer Pat Flanagan are hoping that the All-Ireland M.F. victory of 2011 will be the inspiration for this panel in 2014.

We wish both John and Michael well in their roles.