‘It is nothing short of abuse,’ claims Tipp football manager 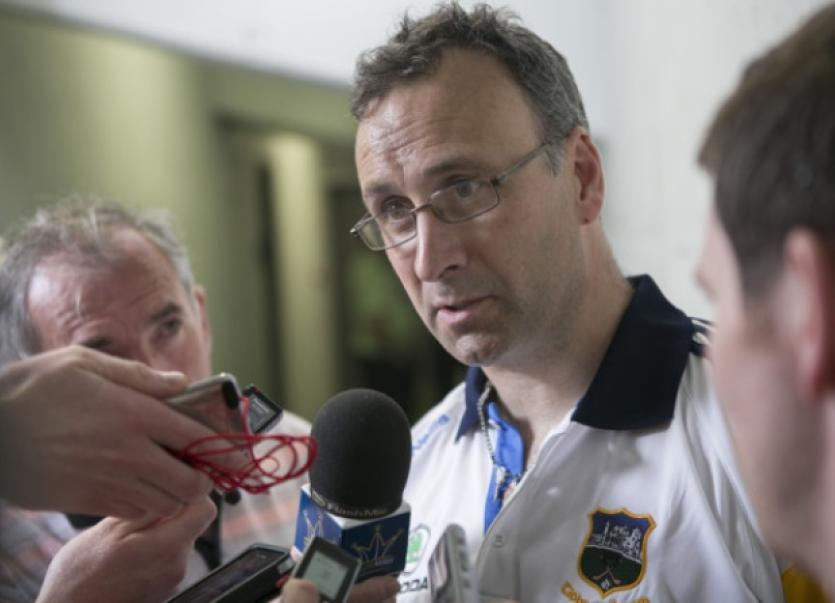 After Sunday’s win over Antrim, Tipp football manager Peter Creedon didn’t spare his words in blasting the County Board for fixing club football games against the wishes of both county senior and under 21 management teams.

After Sunday’s win over Antrim, Tipp football manager Peter Creedon didn’t spare his words in blasting the County Board for fixing club football games against the wishes of both county senior and under 21 management teams.

The Mid under 21 final and the South under 21 semi-final both went ahead on Saturday last and both games went to extra-time. At least 10 of the county under 21 players were involved, not to mention two of the county senior team - thereby forcing Michael Quinlivan and Ian Fahey to line out for the county seniors less than 24 hours later

“This week we had a lot of things. Not only had we to beat Antrim we probably had to beat our own county board and officials for fixing matches where key players from today had to play a game and extra-time at 4 o’clock yesterday afternoon. This is nothing short of pathetic.” (He was referring to the Commercials v Moyle Rovers South under 21 semi-final).

“It is hard enough to prepare a county football team without that being done to us.

“We are very annoyed with it. In an era when player welfare is crucial asking young lads to tog out six times in 10 days - it is not on, it is not good enough.”

“The reality is there will be 16 weeks go on with no games played during the middle of the summer here. Promotion is obviously really important to us. Quinlivan and Fahey are two important players to us but they were done and dusted after 35 minutes today. And it is nothing short of abuse to be asking those players to play a club fixture yesterday that could easily have been fixed for later in the year.”

“But not only that, Commercials were even asked to play a game on a Sunday in the championship when we were in London with two of their players. So I don’t know what’s going on. It has to stop really.”

“When we were playing in London, Commercials were down to play Ballyporeen in a championship game. They obviously didn’t show up because of their two players. And Commercials got fined for doing so.”

When suggested to him that he didn’t normally show such emotion publicly to make a statement like that and asked was this the straw that has broken the camel’s back?

“I just can’t understand the logic. It just doesn’t make sense. It is a big week for Tipp football. Let’s be realistic. We are not going to be figuring in the last 12 or the last eight of the All-Ireland championships. But getting out of Division Four is important and getting the under 21 team into a Munster final is important. If you are to prioritise things that is what you should be prioritising this week,” a clearly non impressed Peter Creedon concluded.