Limerick test is a must-win game for Tipperary 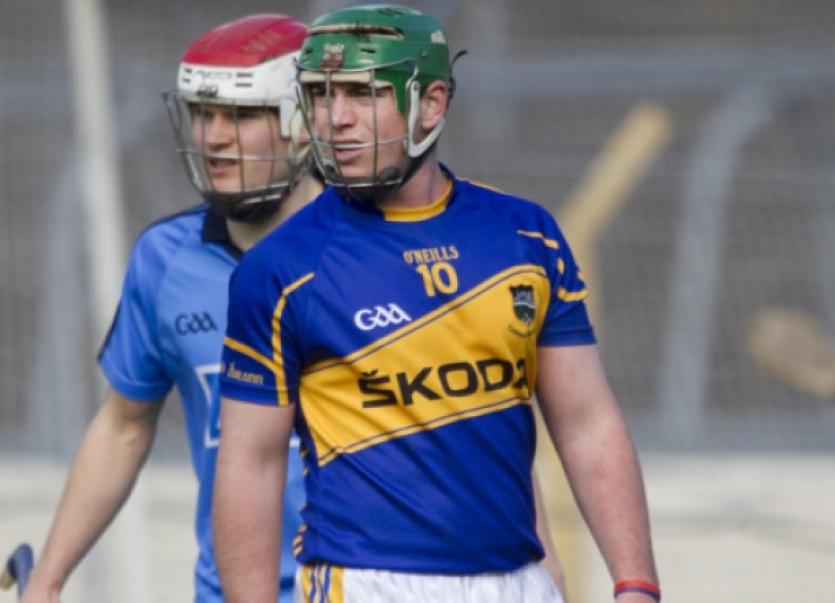 A new championship campaign is about to begin for the Tipperary hurlers who find themselves in a position that bears striking similarities with last year, as they enter the championship on the back of defeat to Kilkenny in the league final and as favourites to beat Limerick in the Munster semi-final.

A new championship campaign is about to begin for the Tipperary hurlers who find themselves in a position that bears striking similarities with last year, as they enter the championship on the back of defeat to Kilkenny in the league final and as favourites to beat Limerick in the Munster semi-final.

Currently the 4/1 third favourites behind Kilkenny and Clare (both are available at 11/4) to win the All-Ireland, their stock was similarly high 12 months ago, only for Limerick to throw a spanner in the works by inflicting a defeat that grievously wounded their season.

Because of that, it’s with caution that Tipp are approaching Sunday’s provincial semi-final at Semple Stadium (4pm).

Minutes after their first league match last February had ended manager Eamon O’Shea said that his only priority was the championship date with Limerick on June 1. Last week he said that his side lost focus this time last year.

Before the league final against Kilkenny four weeks ago assistant manager Michael Ryan also spoke about the team having “lost something” between last year’s National League Final and the championship - “you can fall into some kind of a false sense that you’re playing at a certain kind of level. I think what happened after that is that we lost our continuity and we didn’t pick it back up in time for the challenge that we got in the Gaelic Grounds, and paid a fine price”.

Those sentiments expressed by the manager and his second-in-command support the view that while defeat won’t end their season, this is a match that their team must win. The progress made in recent months and the momentum built up towards the latter end of the league campaign would be set back considerably if they fail to win on Sunday, as they chase a first championship win since beating Waterford in the 2012 Munster Final, having lost three matches in the meantime (Kilkenny twice and Limerick).

In the opening rounds of the competition they were plodding, even directionless, as they struggled to find a rhythm. However by the later rounds, especially the final and semi-final, there was a zip and greater energy about their performances.

Tipp ended the league in far better shape than they began it, which has raised hopes for the summer. An opening night, unconvincing victory over Waterford was followed by successive defeats against Kilkenny, Clare and Galway, as they flirted precariously with relegation during an early spring of discontent.

A relegation play-off with Waterford was only narrowly avoided when Dublin’s Niall McMorrow opted to drop a free awarded late in the game into the danger zone instead of taking the point that would have sent his team, and not Tipperary, into the league quarter-finals.

However Tipp won and their fragile confidence received a boost. They made the most of the opportunity to advance to a quarter-final meeting with Cork, which they won in a high-scoring encounter, before defeating All-Ireland champions Clare in the semi-final, although there was a suggestion that Clare had conducted a rigorous training session on the morning of the match. For whatever reason they had none of the sharpness displayed when they easily beat Tipp in Thurles on March 9.

In the final Tipp went toe to toe with Kilkenny, and although they again failed to beat the team that has been the stumbling block to their ambitions in recent seasons they lost little in defeat, as the cliche goes, in a match that went the distance to extra time.

The last defeat in that sequence of three defeats in the middle of the campaign, against Galway in Salthill on March 16, could be viewed as a watershed in their season. Tipp managed 10 points from play in a 3-16 to 1-19 defeat on a day when two players, James Woodlock and Conor Kenny, were replaced in the first half, followed by Noel McGrath at the interval. Voices were raised and harsh words were heard through the dressing room walls in the aftermath of a defeat that could have been much heavier but for Tipp’s late rally. It was a performance, and a result that marked the nadir of their season so far.

Granted, a win over Kilkenny would have given them a major psychological boost approaching the serious business of the championship, but a narrow defeat might even have been of more benefit than a draw at the end of extra time. A replay would have taken another huge toll, both mentally and physically, just three weeks before the championship tussle with Limerick, while the prospects of returning back over the border with the cup would have been lengthened by having to make the trip to Nowlan Park.

The team has evolved during the league to the extent that the formation is relatively settled approaching Sunday, although the team won’t be named until Saturday. Captain, Brendan Maher, has bedded into the centre back role so comfortably that he has now made the position his own, while Padraic Maher has made a successful re-adjustment to full back, flanked by the in-form Michael Cahill (who’s in a battle to be fit for Sunday) and Holycross’ Cathal Barrett, who has been a real find this season.

If the All Stars were chosen at the end of the National League then Seamus Callanan would have been an automatic choice. As well as his scoring exploits the Drom player has assumed much more responsibility this season in the reduced roles that Eoin Kelly and John O’Brien have performed, as well as the absence of Lar Corbett who could be poised to feature at some stage at the weekend. The return to form of Noel McGrath and the return from injury of ‘Bonner’ Maher has equally strenghtened the forwards.

In addition to Cathal Barrett the emergence of players such as John O’Dwyer, James Barry, Denis Maher and Niall O’Meara onto the senior stage suggests that, finally, Tipperary could be ready to create a new team from the one that won the All-Ireland four years ago. Only six starters from the 2010 All-Ireland Final started the League semi-final and final. In the decider Michael Cahill, Conor O’Mahony, Padraic Maher, Brendan Maher, Noel McGrath and ‘Bonner’ Maher were the survivors from four years ago, although they were later joined by Gearoid Ryan, John O’Brien and Shane McGrath.

Limerick were rocked by last month’s resignation of joint manager Donal O’Grady, which has left TJ Ryan to carry the can. Their last competitive game was the 1-20 to 1-12 defeat by Galway in the league quarter-final two months ago, while their failure to win promotion from Division 1B hasn’t been ideal preparation either.

However they carry the pedigree of champions into their first defence of the Munster title, another reason why Tipp will need to be on their guard.