Tipp in a better place this season, says O’Shea 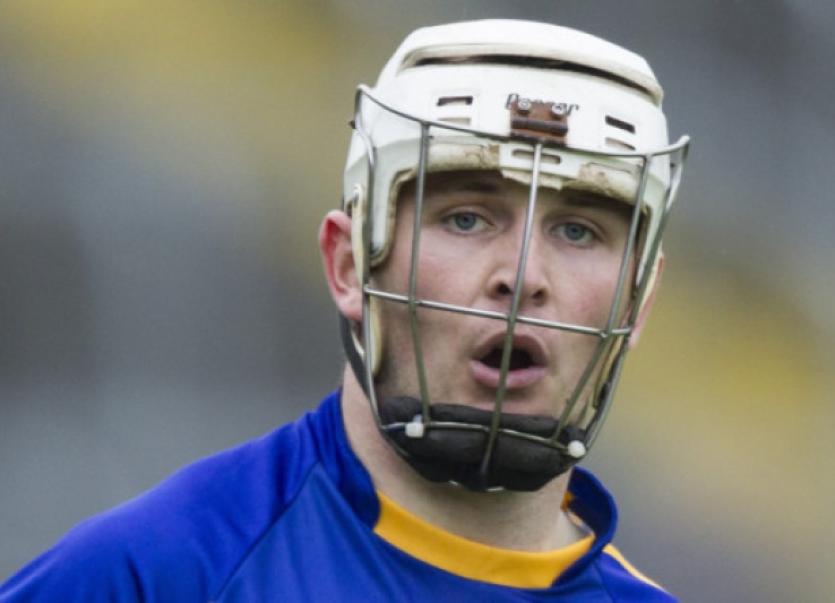 Tipperary hurling manager Eamon O’Shea is satisfied that his team is in better shape than it was twelve months ago.

Tipperary hurling manager Eamon O’Shea is satisfied that his team is in better shape than it was twelve months ago.

Their involvement in last year’s championship was confined to just two games, the defeats to Limerick and Kilkenny, a poor record that they’ll be anxious to improve upon when they entertain Limerick in Sunday’s Munster Championship semi-final at Semple Stadium (4pm).

“I do believe we have improved since last year”, says the Tipp boss.

“I’m happy that in the last 12 months we’ve managed to get some new players in and those who came in last year are a year further down the road, I believe our attitude is good and we’re solid, and I believe we know what it takes to get where we want to get, so whether that‘s good enough to get us over the line against Limerick time will tell. I’ll be judged on that.

Because there are so many styles and structures of playing nowadays you need to have adaptability. In the past you could go out and impose your own style of play, but now you have to be reactive to what’s going on, we will have to adapt as we hopefully go through the championship and you have to be a little more adaptable than previously. But all the time you’re looking to play to the strengths of your team”, he says.

He’s also anxious to learn from the mistakes of this time last year, when Tipp were favourites to beat Limerick after another close tussle with Kilkenny in the league final.

“The period last year between the league final and the championship game against Limerick was a period where there were a lot of things going on and I maybe I didn’t have the focus I should have had. You had club games, we needed to focus a little bit more and I take some responsibility for that”.

Tipp’s championship challenge will be launched following a rollercoaster spring that saw them win their opening match before losing their next three. A relegation play-off was narrowly avoided before the team revived their season by beating Cork and Clare en route to reaching the league final.

However their difficult March pales in comparison to the trials and tribulations of Limerick, whose joint manager Donal O’Grady resigned in a spat with the county board after the team’s failure to win promotion from Division 1B and their defeat by Galway in the league quarter-final.

When asked if O’Grady’s resignation was indicative of the pressure on managers in the modern game, O’Shea replied “Well it didn’t look good for me back in March! What’s going on in Limerick doesn’t really involve us. The championship fixture is the focus since the start of the year, the only team I can control is Tipperary, Limerick is nothing to do with us.

There are probably 9 teams that can win the Hurling All-Ireland, it’s very competitive, there’s great equality among teams. In Munster any of the five teams could have a shot at it, you might rate the chance of some teams slightly higher and slightly less. On any given day any of those teams can win. I think Clare are slightly ahead because they had the confidence of playing last year and playing really well, and having a system that’s really good and that they know how to play. They are probably ahead (of the others).

I would take four teams in Leinster. We played Wexford in a challenge and I think Wexford are a really solid team and will be an interesting team this year.

The pressures are on because it’s so competitive and that has changed even in the space of 5 years, it’s become more competitive and has equalled out and the new approach to hurling has impacted greatly and put pressure on all teams, including the traditional teams”. With regard to the notion of the traditional big three (Kilkenny, Tipperary and Cork) dominating he replied “that is gone, that is over”.

During a worrying spell that saw them lose to Kilkenny, Clare and Galway the Tipp manager kept insisting that the corner would be turned.

“If the structures and the attitudes are okay and so on, it gave you confidence that things would turn around. If it wasn’t right then you would know that this would be a little trickier.

You’re always waiting and hoping for it to turn, it’s always a cause for concern. I don’t blame people looking from the outside saying what’s wrong, this is not going well. From the inside I knew we were trying to do the right things. Some of the things I did and tried didn’t come off so I knew I was causing some of the stuff that was going on.

I’ll be replaced as manager in due course. What we want to try and do when we’re in there is try to improve things or the way I want to see the game played. There’s a bigger project in there – the players in the dressing room. They’re going to outlive me in the dressing room so they’ve got to know what it’s like to be successful, or to try to be successful. If we achieve that, it’s going to be easier for the next manager when he comes in. That’s the project.

Last year we missed the run that would have allowed us to have a couple more months with the players. That’s what the benefit of a run does for you – it allows you to work with the players when the ball is travelling at the level that you’d want to judge a player. That’s what we didn’t get last year and therefore that takes a little bit longer. One of the things about hurling is that it’s a totally different game month by month”.

In a break with tradition the Tipperary team won’t be announced until Saturday, although up to a dozen positions have already been nailed down well in advance of the game.

“I have a fair idea of the team at this stage and would know 10 or 12 of the players who will line out. Since the league final we’ve been seeing little bits and pieces that have been really good from some players. I wouldn’t be taking anything for granted in terms of the lineout, we’ve a couple of more sessions to go, but if you know up to 12 of your players that’s about right. That’s a good ratio a week or 10 days before a match”, he says.

On the evolvement of the side through the league, he stated “I’ve always liked Brendan Maher at centre back. He played there in the early Waterford Crystal games and a few challenges back in January. I like Brendan as a defender, I think he’s very classy. We were experimenting a little with the full back position. We had injuries to Michael Breen, Conor O’Mahony and Paudie Maher himself was injured for two games, so we hadn’t an opportunity to really nail it down, but Paudie’s a good full back”.

When asked about Seamus Callanan, probably the team’s best player in the league, he said “He’s worked really hard this year but he’s always worked hard. He’s a very good player and this year he’s got consistent. The belief that we have in him would be huge. He’s shown consistent form and one of the good things about Seamus is that he still shows for the ball. When you’re a forward, all you can keep doing is showing for the ball even when it’s not going for you. I think he’s done that – he’s been outstanding for us really”.

On the subject of ‘Bonner’ Maher he had this to say - “He’s an oustanding player, a top, top player in terms of mentality and in terms of what he brings to Tipperary. Having him this year in good shape is a really big bonus. We have another player coming back – Gearoid Ryan, -who is equally a really important player and hopefully he’ll be good to go this summer. Those two players will certainly add to the depth of our panel”.

Another marquee name, Lar Corbett, could also be in contention for a long-awaited return - “I’m not ruling anything in or out with Lar Corbett. We’ll see, he’s doing fine, playing bits of matches, but he hadn’t done a lot before that and is lacking match practice. We’ll make a judgement towards the end of the week”.