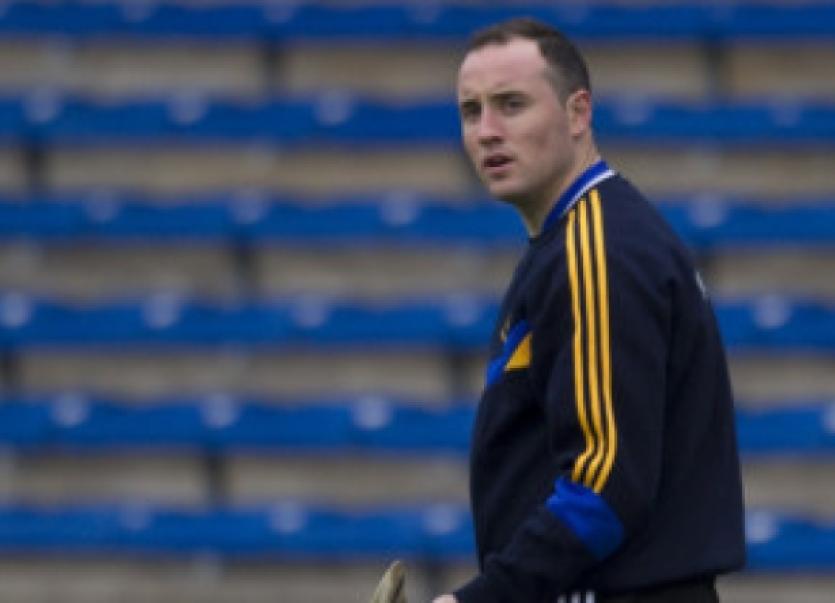 Patrons at Clonmel Sportsfield on Sunday last were treated to a masterclass in scoretaking by Eoin Kelly as Mullinahone eased through to the last eight of the county.

Patrons at Clonmel Sportsfield on Sunday last were treated to a masterclass in scoretaking by Eoin Kelly as Mullinahone eased through to the last eight of the county.

In an unusual re-match of the South Championship final seven days previously, Mullinahone emphatically reinforced their superiority with another win, this time having eight points to spare at the end.

Tipperary’s last All-Ireland winning captain, Eoin Kelly, turned back the clock somewhat with a superb display of scoring and his contribution was clearly the difference between the sides. Over the hour, from play and placed balls, many from huge distances and difficult angles, Kelly scored 1-14 of his side’s 1-18 total.

For Killenaule, trying to overturn the disappointment of the divisional final defeat to the same opposition, it was so frustrating. Simply, on the day, they had no answer for the Mullinahone maestro.

The Kickhams with the aid of a slight breeze on a perfect day made the better start to lead 0-4 to 0-2 after 10 minutes. All four Mullinahone points came from Kelly’s stick, including one from way out on the wing and another a free from from his own 65 metre line. For Killenaule Michael Doyle had their opening point, a great effort from 40 metres.

The Robins responded well to Mullinahone’s better start and in a 10 minute purple patch from the 12th to 22nd minute outscored Mullinahone to lead 0-9 to 0-6. All seven points came from play from Niall O’Dwyer (2), Gearóid O’Rourke, Michael Doyle, Tony Doyle and Kieran Bergin (2).

From an enormous free on his own 45 metre line Eoin Kelly pointed to turn the tide and in the run-up to the break he added four more (one a pointed penalty) to give his side the narrowest of interval leads at 0-11 to 0-10.

The only point Kelly didn’t account for in the first period was scored by team captain Sean Curran from the middle of the field in the 12th minute.

A skilful early second half block from Joe O’Dwyer, a feat he managed a few times over the hour, set up Kieran Bergin to equalise for Killenaule. However, Killenaule would only score two more points over the remainder of the game, both frees from Kieran Bergin.

Mullinahone got a massive boost five minutes after the re-start. A long delivery from Sean Curran was won in the air by Eoin Kelly who made space to blast past Gerry Kennedy. Thereafter Killenaule were never allowed back into the game.

Half-time substitute Donal Cody got his name on the scoresheet with a super catch-and-turn point midway through the second half. Kevin Bolger and Sean Curran also tagged on nice points as Eoin Kelly drifted more out the field to help control the centre..

Try as they did Killenaule failed to make any real inroads. A penalty won in the 46th minute by Kieran Bergin after Matthew O’Donnell’s long delivery, was saved and cleared. Even the introduction of John O’Dwyer 12 minutes from time couldn’t ignite Killenaule for a late challenge. They were well beaten before Noel Cosgrove’s final blast of the whistle.

Mullinahone will be glad for their two wins over Killenaule and will now face Kildangan in the quarter-finals. Eoin Kelly’s contribution on Sunday was top class but there were fine contributions also from Paul Curran who was a rock at full-back, Kevin Walzer and Eoin Fennelly in defence. Sean Curran was a inspirational captain at No. 11, while Kevin Bolger and Donal Cody had their moments.

The loss of John ‘Bubbles’ O’Dwyer to injury after the All-Ireland final was a huge blow to Killenaule in both the retaining of the South title and again on Sunday, even if his did make an almost cameo appearance near the end. Tony Doyle hurled exceptionally well leading the defence while Joe O’Dwyer and Paddy Codd were kept busy at the back. Kieran Bergin was ploughing pretty much a lone furrow upfront on a day when too many of the side didn’t get up to their best level.

Mullinahone now play Kildangan in a county quarter-final on 3.30 pm on Saturday next at Semple Stadium.