All too easy for rampant Commercials 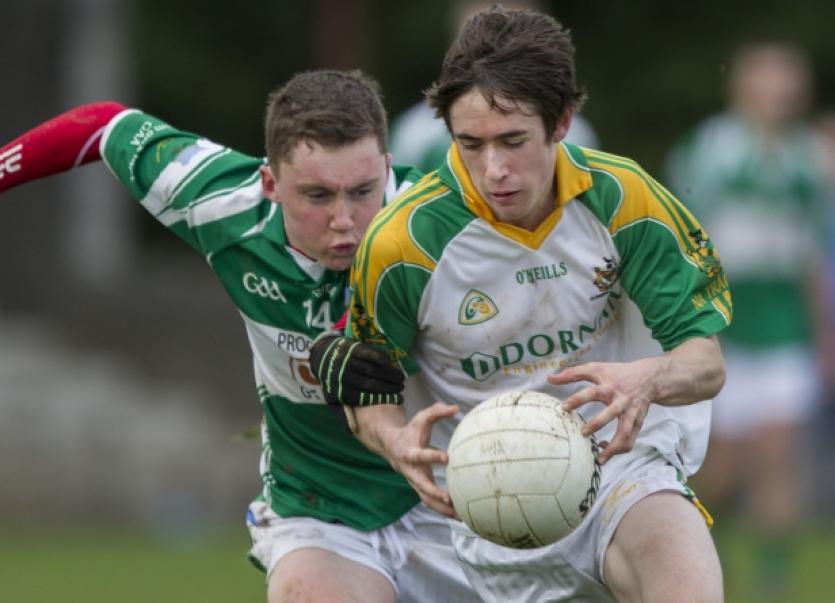 In their first game of the County SFC, Clonmel Commercials racked up a big 3-18 to 0-5 win against a hapless Moyne/Templetoughy side at O’Sullivan Park, Ballingarry on Wednesday evening.

In their first game of the County SFC, Clonmel Commercials racked up a big 3-18 to 0-5 win against a hapless Moyne/Templetoughy side at O’Sullivan Park, Ballingarry on Wednesday evening.

County under 21 star Jason Lonergan opened in blistering fashion, scoring 1-2 in the opening 12 minutes after corner back Shane Taylor had opened Commercials’ account in the first minute.

A point from former county senior footballer Hugh Coughlan in the 11th minute gave brief hope of a comeback but Lonergan’s goal a minute later put paid to that.

Further goals from Padraic Looram and Aldo Matassa in the 18th and 19th minutes all but ended the contest.

In the final eight minutes of the half full forward Michael Quinlivan added four points from play as well as a free with the last kick of the half. Moyne’s sole reply was a pointed free from the excellent corner forward Martin Kelly.

The second half opened with another Michael Quinlivan point in the third minute as Commercials extended their lead. An improved performance from the Mid men in the second period saw them compete well but Commercials were simply too strong and were never in any danger of relinquishing their advantage.

This was a solid opener for Commercials where Donal Lynch, Michael Quinlivan, Jason Lonergan, Padraic Looram and Seamus Kennedy were among their best.

Clonmel Commercials will realise that stiffer tests lie ahead and the first of these will come against last year’s county finalists Cahir next week. Moyne/Templetuohy will hope to improve from this game and showed signs of improvement in the second half. Louis Everard, John Hassett and Martin Kelly were their best performers on the night.