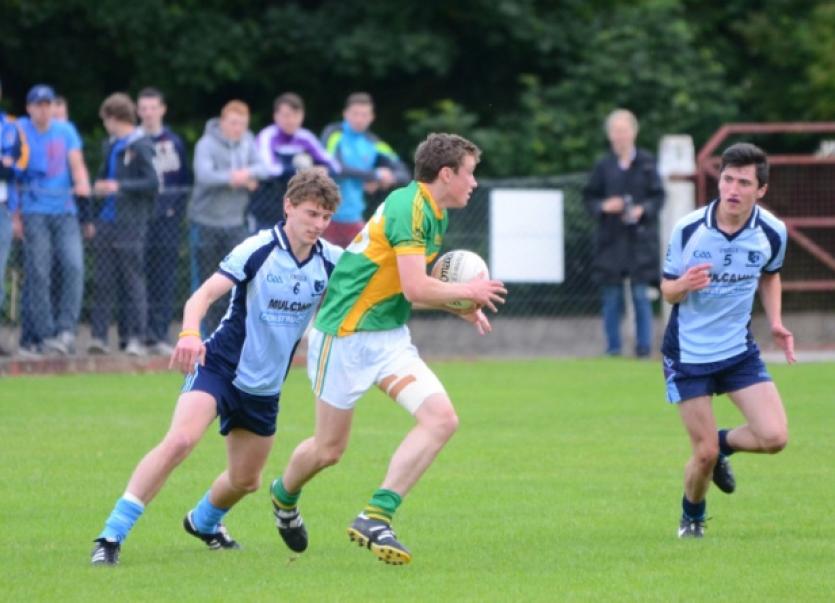 The records keep coming for Clonmel Commercials at minor level.

The records keep coming for Clonmel Commercials at minor level.

When they won four South titles in a row two years ago it was a record; they added a fifth last year and on Sunday made it an unprecedented sixth.

They added the county title in each of the last five years and will bid to make it six in a row later this year.

On Sunday in Ardfinnan, first half goals from Ryan Lambe and Michael O’Reilly helped them to victory over rivals Moyle Rovers, 3-8 to 1-10.

It was a fully deserved victory that could have been even more decisive but for some great goalkeeping and stout defending from the Rovers.

Commercials are reaping the rewards of a thriving underage structure that other clubs in the division and county will struggle to match.

It was a proud occasion for captain Jack Kennedy - son of former Tipperary All Ireland hurling medal winner John - when he received the cup from South chairman Michael Cooney.

David Roberts from a free had given Rovers an early lead but Commercials settled and Gavin Ryan had them level soon after.

Michael O’Reilly, and Jack Kennedy from a free, put the town side in front 0-3 to 0-1, and although Dara Ryan reduced the deficit, Commercials were about to take charge.

Ryan Lambe hit their first goal and when Michael O’Reilly added a second, it gave Commercials a comfortable 2-3 to 0-2 lead.

It might have gone beyond Rovers but Raymond Kennedy gave them hope with a goal and point to make it 2-3 to 1-3.

But Commercials went in at half time leading 2-6 to 1-4, with two points from Kennedy and another from Jamie Ahearne, to a solitary reply for the Powerstown/Lisronagh club from Rian Quigley.

But Rovers are renowned for their fighting spirit and a great start to the second half saw them hit three points without reply, two from Ian Quigley and one from Tadgh Fitzgerald, to reduce the margin to two points.

That posed questions for Commercials if they were to maintain their remarkable record in the grade and they answered them in style.

A third goal, this one from Calvin Boland, put daylight between the sides again, and Michael O’Reilly followed up with two points to push them into a lead that they never looked like surrendering.

Rovers’ final chance to eat into the lead was squandered when they missed a penalty.

So Commercials made it a super six in the division with the likelihood of more silverware to come in the county.

Rovers pushed them hard but the experience brought to the side by five of last year’s winning team in the line-up gave them a decisive edge, as did taking their goal chances when they came.

Commercials players and supporters celebrated the great win in style as they continue to break their own records.