Shock defeat after Tipperary fail to push on 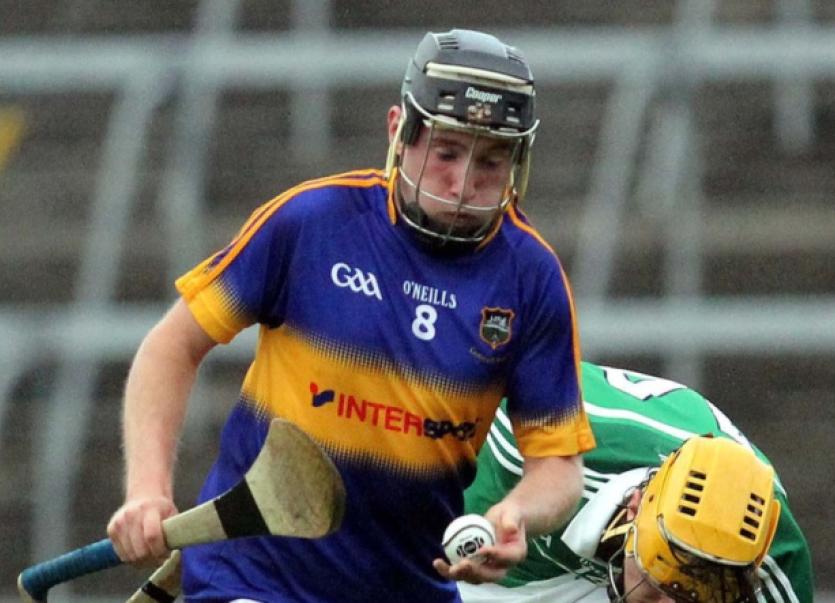 Tipperary’s defeat in the Munster U-21 Hurling Championship semi-final will go down as a missed opportunity.

Tipperary’s defeat in the Munster U-21 Hurling Championship semi-final will go down as a missed opportunity.

They looked doomed when they trailed Limerick by 12 points after 25 minutes of last Thursday’s semi-final at the Gaelic Grounds. However a spirited fightback brought them back on level terms and with five minutes remaining, with the scores deadlocked at 3-12 each, it was anybody’s game.

Despite playing against 14 men for the last quarter of an hour, after Limerick’s Barry O’Connell was sent off when he received a second yellow card, Tipp failed to match Limerick’s intensity, workrate and drive, as well as missing some very scoreable chances, in those crucial closing stages.

Tipp went into this game as 15/8-on favourites, with eight of last year’s team and four senior panellists - Ronan Maher, Michael Breen, Bill Maher and Barry Heffernan. Breen received his marching orders for a second yellow card offence with time almost up but by that stage the game was sliding beyond their grasp, outstanding Limerick substitute Colin Ryan adding a late point from a free to give them a surprise victory.

This defeat meant that they missed the chance to add the U-21 title to the Senior and Minor provincial crowns but they had every chance to complete the treble. Tadhg Gallagher put them in a great position when he surged clear to score an equalising goal with nine minutes left, although a Colin Ryan free edged Limerick ahead again a few minutes later. The sides were level once more when John McGrath converted a ‘65 with five minutes remaining, although Tipp could have been celebrating a goal seconds earlier, only for Limerick goalie David McCarthy to dive full-length to tip Ronan Maher’s low drive around the post.

Bill Maher and Tomas Hamill missed chances to give Tipp the lead for the first time and instead it was Limerick who seized the initiative, with points from Jack Kelliher and Colin Ryan’s free giving them a lead they held to the finish. Barry Heffernan’s point kept Tipp’s faint hopes alive, as did a late John McGrath free after Colin Ryan had scored again for Limerick, but no one could quibble with the result. All too often in that second half Tipp were guilty of overplaying the ball and missing some decent chances, lapses that left their supporters in the attendance of 3,437 groaning in despair.

They left themselves with an awful lot of ground to recover when they trailed by 2-8 to 0-2 after 25 minutes. Cian Lynch set the tone for wind-assisted Limerick when he found the net after just 10 seconds and when Robbie Hanley scored the second goal in the 23rd minute the gap had been extended to a substantial 11 points, with Pat Ryan soon adding a point to shove Limerick a dozen polints clear.

Tipp were struggling to win possession, their first touch was poor and their second wasn’t much better. They needed something special to give them any hope and that arrived in the shape of two Colin O’Riordan goals in the space of four minutes, the second a spectacular effort driven into the top corner. They might have had a third when John McGrath’s shot was blocked by Limerick goalie McCarthy, although considering their earlier difficulties they were relieved to have reduced the half-time deficit to a manageable 5 points (2-9 to 2-4).

The defensive sturdiness of Michael Breen, Tomas Hamill and Tom Fox, allied to the industry of Bill Maher and Stephen Cahill and the opportunism of Colin O’Riordan (48 hours before he lined out for the county senior footballers against Tyrone) and John McGrath had offered Tipp hope facing into the second period. Substitute Josh Keane also made a difference as he won an amount of ball on the left flank, although they were still struggling to win decent possession in attack, especially in the half forward line, and failed to press home the numerical advantage they enjoyed for so much of the second half. They suffered another setback when Tom Morrissey scored Limerick’s third goal midway through the second half, although when Tadhg Gallagher found the net with 9 minutes remaining they had everything to play for. However Limerick held their nerve and compsoure in a tight finish to set up a final meeting with Clare in Cusack Park, Ennis on Thursday week, July 30.