Tipp exit after a brave display against Galway 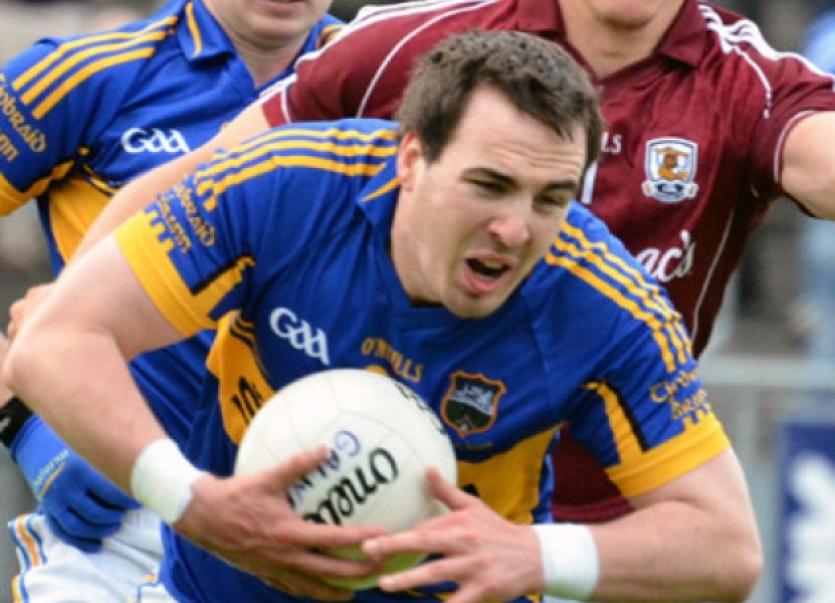 Tipperary’s interest in the All Ireland senior football championship ended at Salthill on Saturday evening when a brave effort came up just short against Galway, losing 1-12 to 0-11.

Tipperary’s interest in the All Ireland senior football championship ended at Salthill on Saturday evening when a brave effort came up just short against Galway, losing 1-12 to 0-11.

It was a big ask for Tipp following their Munster championship defeat to Kerry but they upped their performance in this first round qualifier and pushed the Tribesmen all the way.

However Galway had regrouped following their heavy Connacht defeat to Mayo and were determined to improve on their dreadful qualifier record - and a fifteen minute spell after half time won the tie for them.

It was a disappointing defeat for Tipperary as this was a game they could have won. Morale in Galway was never lower than following the Mayo defeat and despite a poor league campaign, Tipp looked like a team that was ready to progress.

An encouraging qualifier run last year that included a victory over highly-rated Wexford suggested that Tipp were a team with credentials to go beyond the first round of the qualifiers. And they had lost nothing in defeat to a Down team that needed to work hard for a win in Mullingar.

So a first round defeat this year is a setback and robs the team of vital championship action.

Peter Creedon’s men produced a very gutsy first half to be within a point of the home side having played into a very strong breeze, and then saw out the last fifteen minutes well on top.

But Galway banged in 1-6 in 20 minutes after the restart to seal their win, even though they were left hanging on for dear life at the very death.

Despite being without several key players including Barry Grogan, Alan Moloney, Ciaran McDonald and Philip Austin to name a few, Tipp really went at it with much determination and it was their work ethic and commitment in the tackle which really shook the Galway lads.

Indeed, Tipp led on three occasions in the first half and there was quite a degree of frustration creeping into the attendance in Pearse Stadium with the home side claiming a rather undeserved 0-6 to 0-5 interval lead.

Conor Sweeney had kicked three great points for Tipp in the half to go along with Hugh Coughlan and Brian Fox efforts – Fox was superb all the way through and asked many questions of the Galway lads, even though he was playing at half back.

But, Tipp did miss a number of scoring chances with a few frees going abegging – Grogan and Moloney’s absence being felt in this regard.

Galway had 0-3 from centre forward Sean Armstrong and they were letting the breeze assist them with long kicking being a feature.

Danny Cunnins, Michael Meehan and Paul Conroy helped them to their interval advantage, but Tipp seemed to be perfectly poised if they could maintain the first half pattern. Peter Acheson, Stephen O’Brien – just back after completing his Leaving Cert - Brian Fox and Ian Fahey were really taking the game to them.

Galway burst from the traps after the break and three quick scores from Mark Hehir, Armstrong and Danny Cummins were followed by a Michael Farragher goal in the 12th to put the Tribesmen into a very comfortable position.

They further extended their lead thanks to Meehan and Farragher scores, but Tipp were getting a grip and Galway were not to find the posts for the entire last quarter.

The Tipp lads pressed forward and five unanswered scores left Galway with a degree of discomfort, especially since goal chances for Brian Fox and Philip Quirke went askew, and another from Conor Sweeney was beaten away.

The scores from Sweeney (3), and a brace from sub Bernard O’Brien left four in it, but Tipp’s run had come too late and did not yield enough in terms of scores.

It had been a brave effort by Tipp and the side showed a lot of heart and spirit.

They played some good football at times and will hope to build on their progress in 2013 – getting out of Division 4 has to be a priority.