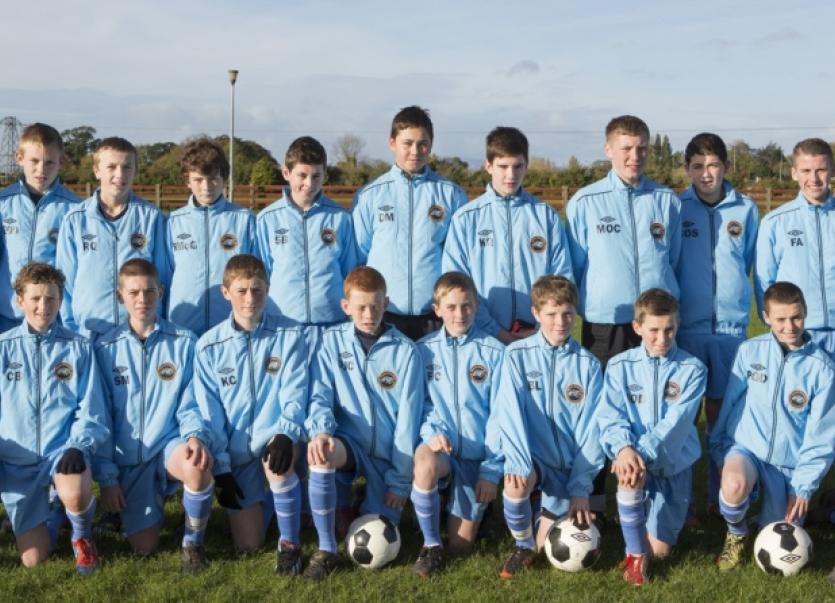 A group of Tipperary schoolboy footballers have been invited to train under the coaching staff of Leeds United next Easter.

A group of Tipperary schoolboy footballers have been invited to train under the coaching staff of Leeds United next Easter.

The TSSDL Kennedy Cup squad, assembled after trials in September, will get an opportunity to sample what life is like at one of England’s most famous clubs when they will be put through their paces by Leeds United coaches for a week.

A friendship between the Kennedy Cup Squad manager Johnny Cremins and Leeds United manager Brian McDermott has opened the door to a top coaching academy for the players, U14s, taken from Clonmel Town, Clonmel Celtic, Cahir, St.Michael’s and Peake Villa.

While based in Leeds the TSSDL team will take on academy sides from Leeds United, Bradford City and Hull City.

“It won’t be a holiday. You don’t often get an opportunity like this and the boys will be going over there to work hard and learn. They will play three quality matches as part of the programme as well as taking sessions from the Leeds United coaches every day” said Johnny Cremins.

“The England trip, in terms of intensity with matches and training sessions, has been designed to ensure that the lads are ready for the huge challenge of the Kennedy Cup in Limerick next June when they will be expected to play a match, and sometimes two matches a day, during the week long competition,” said Cremins. The Kennedy Cup is the largest competition of its kind in Europe consisting of a team from every county in Ireland competing for an All-Ireland title and an FAI ranking.

Apart from dealing with the preparation of the boys for the massive challenges that lay ahead on the field of play, the management team have also embarked on a fundraising campaign to try and meet the significant costs that will arise. During the Easter trip the squad will attend a Premiership match between Manchester City and West Brom and a championship tie between Leeds United and Nottingham Forest.

“The overall cost of the season ahead, including the UK trip will come to €12,000, and we are appealing to corporate bodies and businessess throughbout Tipperary for financial support for the team,” said Peadar Furlong.

He explained that table quizes and other events will be held in Clonmel, Cahir, Tipperary Town and Thurles over the coming months and he hoped that the general public would come out and support the fundraising.

“The squad of players are a talented and motivated group fully committed to the training schedule set out for them leading up to the UK trip and the Kennedy Cup at UL next June. They will be representing Tipperary while in Leeds and representing their county again at the highest level of schoolboy soccer in the Kennedy Cup and the support of the communities they are from would be greatly appreciated,” said Peadar Furlong.