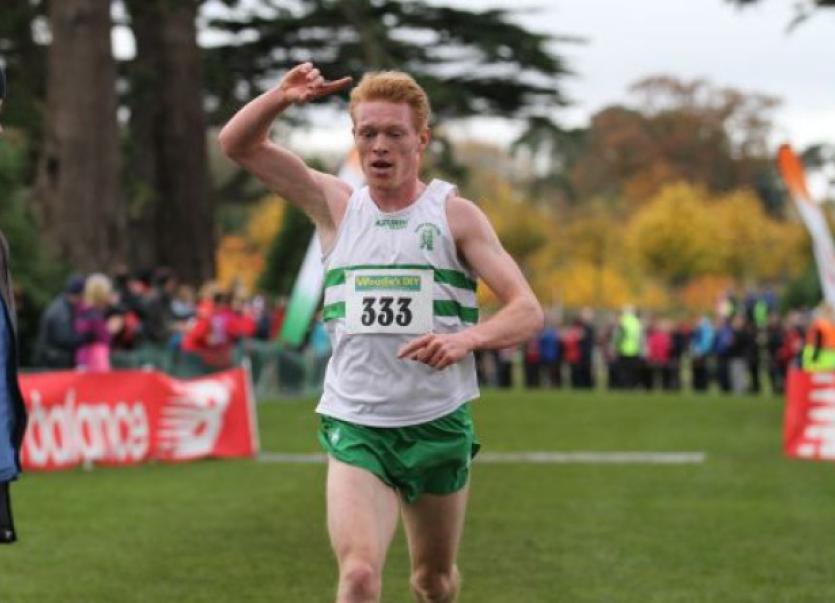 Clonmel athlete Sean Tobin finished his junior career in stunning style on Sunday with an All Ireland title -winning the juvneile cross country championship in Dublin.

Clonmel athlete Sean Tobin finished his junior career in stunning style on Sunday with an All Ireland title -winning the juvneile cross country championship in Dublin.

The Championships took place in ideal conditions in Santry Demesne.

In the Girls under 12 race, the first race on the programme Clonmel had three athletes on the County team and it was great to see Ava Fennessy, Siobhan Whelan and Caoimhe Mulcahy running so well on their debuts in these Championships.

In the Boys under 12 Cathal Deely ran a brilliant race while Carlos Grace should be very pleased with his performances as both athletes were making their debuts at these All Ireland’s Cross Country Championships.

In the Girls under 14 we also saw good performances from Muireann O’Connell, Moya Whelan, Anna Carey and Elma Casey.

In the Boys under 14 race Colm McCarthy ran well on his debut in these Championships.

In the Girls under 18 race we had four athletes competing. Right from the start Laura Tobin went with the early pace that saw her get into the chasing bunch and was the leading Munster athletes for the majority of the race as she was running the proverbial blinder.

She kept that tempo going and then over the final 300m she put in a great effort to finish 12th, a brilliant achievement and a well deserved top 12 finisher’s medal. This is her best performance ever at the All Ireland Cross Country Championships and she is a great role model for all our younger athletes.

Laura was always a great club athlete who always attended training and who kept training away over the past six years as she was part of a strong girls squad. Her perseverance has finally paid off and she has produced some great performances in the last couple of months and she richly deserves her first All Ireland Cross Country Individual medal.

Then we had Aoife Laste running very well and improving on her Munster performance while Megan O’Brien should also be pleased with her performance.

Orlaith Moynihan got off to a good start but as the race unfolded she just had one of those days but she battled on gamely to finish for the Club team.

In the Junior Men’s race over 6K Sean Tobin ran a well measured race watching all the early moves before going to the front on the second lap.

From there he dictated the pace and over the last lap increased the tempo to come home a very worthy and convincing winner, a brilliant performance.

What a way to finish your Junior career by winning the National title and win so convincingly.

Michael Carey also ran very well. Michael went with the early pace and was well positioned throughout the race.

Going out on the final lap he was still close to the chasing pack and in a hectic finish over the final 600m Michael kept the tempo going to finish 12th.

The Junior Men’s race also incorporated the Boys Under 18 event and here Anthony Tobin ran well and had the rare distinction of running in the same All Ireland Cross Country race as his brother.