Rockwell Rovers through to meet Clonmel Og in county final 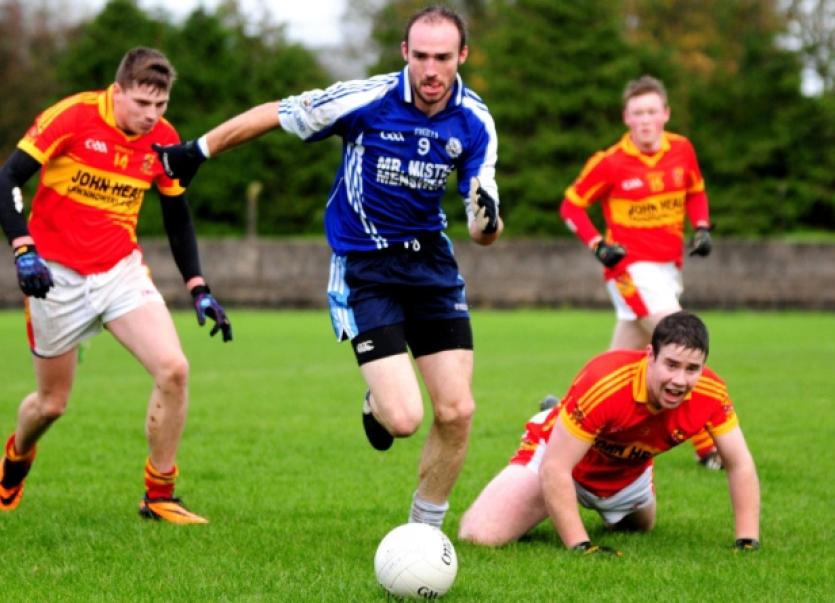 A rousing second half display from a spirited Rockwell Rovers saw them rise above Moycarkey Borris to earn a place in the County Junior B Football Final on Saturday afternoon last in Boherlahan.

A rousing second half display from a spirited Rockwell Rovers saw them rise above Moycarkey Borris to earn a place in the County Junior B Football Final on Saturday afternoon last in Boherlahan.

Three points without reply in the final quarter were enough to see Rockwell through to the decider where they will fancy their chances of county glory.

The New Inn men trailed entering the half time interval but crucially were level as the mid way point of the second period arrived and from here with the smell of victory in their nostrils they drove on for the win. Kevin Heaney from 30 yards got the vital score to push them ahead in the 46th minute and moments later Stephen Boland put then two ahead.

Second half substitute Paddy Keating made it three and a place in the final for Rovers. Moycarkey will rue some missed chances in front of goal.

Moycarkey led 0-5 to 0-4 at the break with Stephen Byrne opening the scoring for Rockwell.

Moyckarkey came back to lead on a number of occasions but the New Inn team kept in touch with good displays from Kevin Heaney and and David Brennan.

Rockwell dominated large parts of the second half with Stephen Boland and Michael Fahey scoring to draw them level in the early stages as they displayed a better balance to their play.

It wasn’t until they had developed a lead in the late stages that they began to show frailties with two of their players sent to the line, both second yellow cards for slowing the game down deliberately.