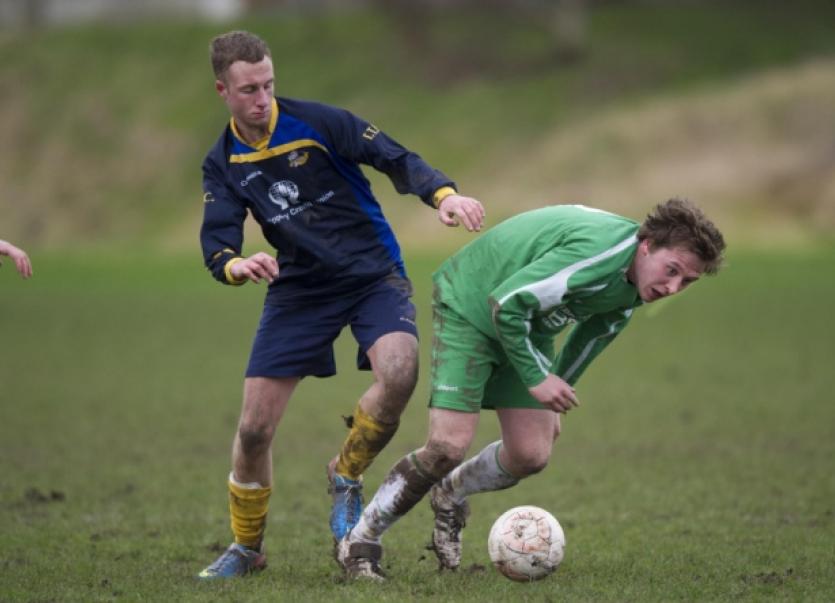 Suirside beat league leaders Peake Villa on Sunday to put a possible promotion in their first year back into the own hands, as teams begin to focus on the season’s run in.

Peake Villa scored first against the run of play through Colm Breen on 12 minutes, but the league newcomers hit back five minutes later with a goal by Darren Sweeney.

Seven minutes before half time, the wind played a huge part in the game as an assisted corner kick by Tom Grodski eluded everyone to end up nestling in the home side’s net.

Two minutes after the break though, Sweeney struck again from close range, and on the hour, Craig Carrington got the goal of the game with a strike from inside his own half beating the Peake Villa keeper.

Andy Hickey finished the scoring ten minutes from time, to set up a fascinating push for promotion from this division.

Slieveardagh made the long trip to Two Mile Borris on Sunday morning, but came away with all three points to remain in touch promotion end of the Division Four table. They took 25minutes to open the scoring and couldn’t add to this advantage in the rest of the first half. However, after the break they took complete control and added a further three goals for a relatively easy victory.