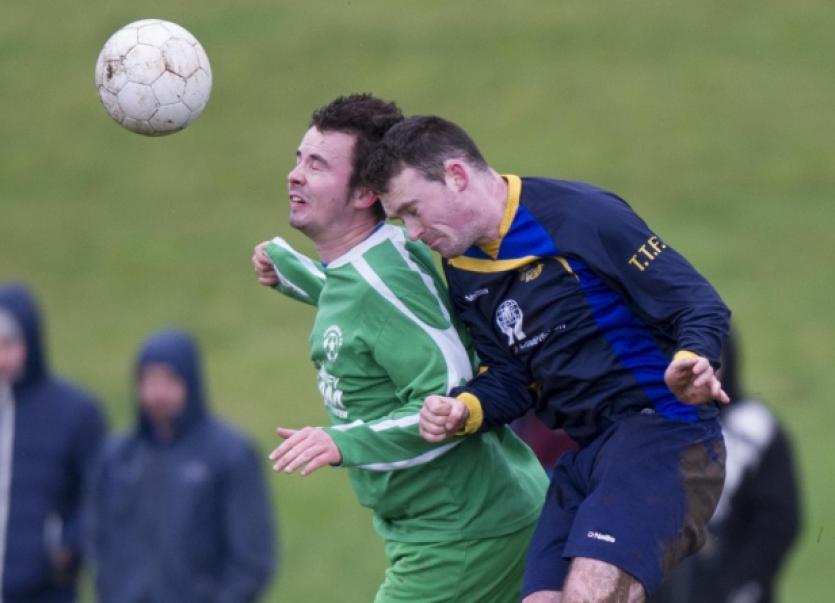 Both teams needed all three points from this local derby for differing reasons, and played in terrible conditions, it turned out to be a fantastically entertaining and nail biting game.

No quarter was asked or given, and the first half was end to end, without either side being able to break the deadlock.

Clonmel Town though started the better in the second period, and after five minutes broke the deadlock when David McGrath returned to goal scoring form beating the Old Bridge keeper with a good effort from close in after some good approach work by the Town midfield.

This did not deter the home side however, and just before the hour mark, they got the goal their general play deserved when Barry Kiely finished to the net after some brilliant approach work from Eoin Leahy.

All square going into the final half hour, both teams went at each other hammer and tongs, with efforts being blocked at both ends. Despite the bigger reputation, Town were unable to breach a dogged Bridge defence, and looked like they were only going to come away with a point for their troubles.

However, it was OldBridge that were to have the last say in this game, and in injury time, they stunned their opponents when Paulie Landers scored to push his team back out of the relegation zone and possibly deal a fatal blow to Clonmel Town’s title chances.

Come the end of the season, the away team may rue very much rue this day as the one where their title challenge came off the rails in a big way. With Clonmel Celtic winning emphatically elsewhere and St. Michael’s in a rich vein of form Sunday’s defeat may be a ‘Bridge too far’ for Town.

On the other hand Old Bridge might reflect on it as the day that fortunes changed for them. Sunday’s vital three points may very well spur them on to retaining their coveted Premier League status next year and if they succeed in doing so they may well have Paulie Landers to thank.