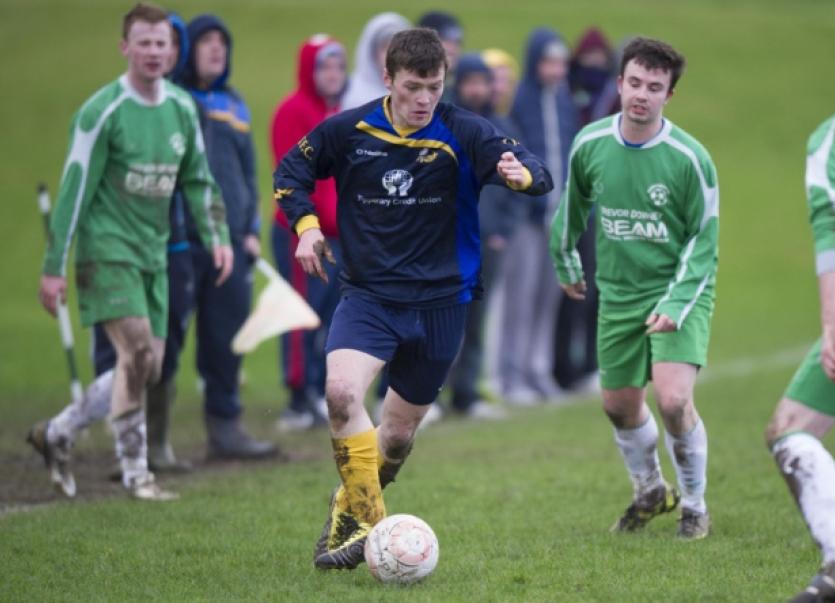 A seven goal thriller was only decided in the final moments as Clerihan came from behind to take all three points at home at the expense of a devastated Kieran’s side.

The home side took the lead on nine minutes when a free kick on the right was scored directly by Shane Power, but this was pegged back on the half hour by a leveller from the visitors Jim English.

Two minutes later, the away side were in front, this time with a goal from Pa Fitz, and this finished the scoring in the first period.

After the second half resumed, St Kieran’s went further ahead as Pa Cummins hit the net ten minutes in.

It looked all over at that stage, but the home side dug deep and gave themselves a chance when Thomas Hill scored on 60 minutes. Five minutes later, the referee had to halt the game due to severe weather, but he eventually resumed it and Clerihan were the beneficiaries.

With ten minutes left, they equalised through David Mulcahy, and then, just on the end of the game Craig Condon hit the net to break the visitor’s hearts and give his team a vital three points.

This was the proverbial game of two halves, with a strong wind proving the biggest influence on the game overall. The home side played into the breeze in the first half, and but for some brilliant saves in their goal by keeper Thomas Quirke they could have been dead and buried by half time. As it was, they were only a goal down, to an effort ten minutes before the break by Mikey Byrnes.

This was scant reward for the amount of possession and shots taken in the first half by Celtic, and they were left to rue it only two minutes into the second half when Darren Hannigan levelled for the home team.

Now it was the home side’s turn to take control and they did but were unable to get that vital lead goal, until deep into injury time when Sean Flynn scrambled home from close range for all three points.