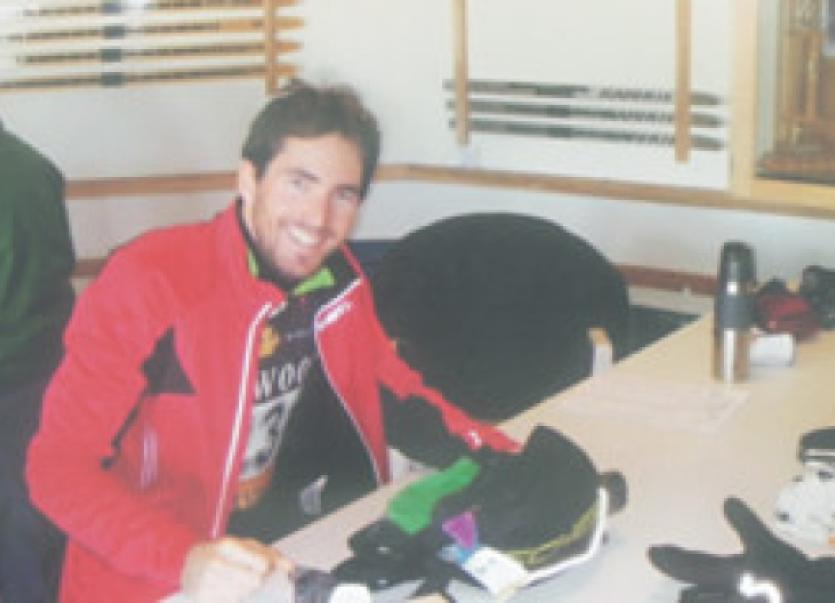 A Canadian-based skier with strong Clonmel connections will be a member of the Irish team at the Winter Olympics in Russia next month.

A Canadian-based skier with strong Clonmel connections will be a member of the Irish team at the Winter Olympics in Russia next month.

Jan Rossiter, who will take part in the Nordic (cross country) skiing, is grandson of John and Margaret Rossiter, Powerstown Road.

Margaret writes a hugely popular weekly column for ‘The Nationalist’.

Jan is part of the Irish diaspora that makes up the Irish team for the event in Sochi that opens on February 7.

However it is from his mother Hana Kubatova that the skiing genes come from.

A native of the Czech Republic, she was a competitive skier herself.

Jan, who was born in Cork, was introduced to the sport when very young by his mother.

The family now live in Kingston, Ontario in Canada.

Jan has been a member of the McGill University skiing team in Montreal and has won many competitions both in the United States and Canada.

Together, they are Ireland’s team for the Winter Olympics beginning in Sochi, Russia in just over a fortnight.

All five were officially informed early last week that they would be heading to the games, although the Olympic Council of Ireland did not formally release their names until Friday.

Though their medal prospects are remote, they keep up Ireland’s record of having been represented at all but one Olympics since 1992.

Jan Rossiter, who is an annual visitor to Clonmel to visit his grandparents, will be joined in Sochi by Seamus O’Connor, a Californian teenager who has qualified for two snow-boarding disciplines and who competes under an Irish banner thanks to grandparents who hail from Dublin and Drogheda; Sean Greenwood, son of a Galway mother and a Canadian father, who competes in the skeleton, the event in which Ireland came closest to a medal when Clifton Wrottesley came fourth in Salt Lake City in 2002; alpine skier Conor Lyne whose father is from Kerry; and 17-year-old Florence Bell from Streetly in England.