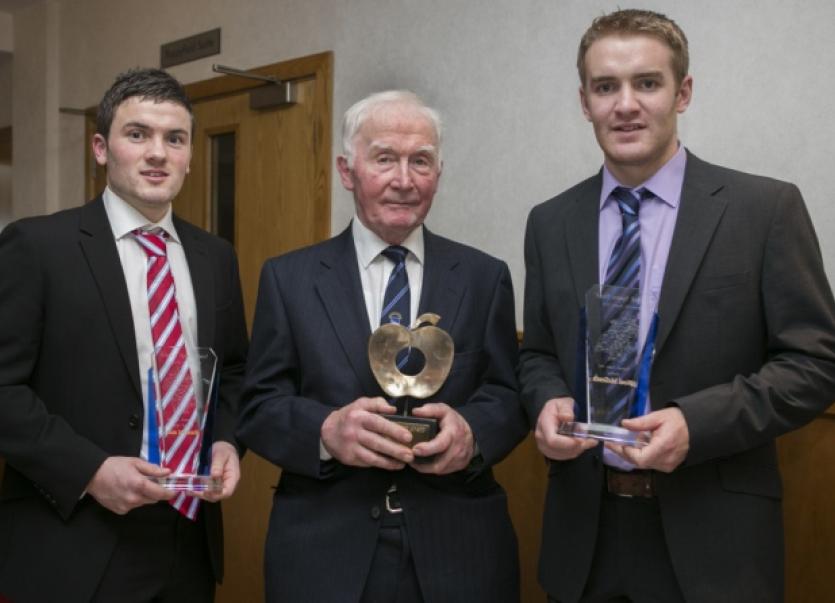 “And in Tipperary we have sports people to stand comparison with those anywhere in the country”, he remarked.

The awards were designed to recognise amateur sport in Tipperary and the great sporting ethos that is evident in all the the county’s athletes, said the former Tipp football boss – and himself a former winner of an award.

“This scheme has been running since 1959 and is certainly the most enduring and prestigious in the country. Obviously quality stands the test of time”, he stated.

Mr McCarthy had a special welcome for two daughters of esteeemed founder member of the awards scheme, Clonmel man Sean Lyons, after whom the Sports Executive category is named.

They were Mary Corrigan and Helen Weldon. “We are delighted you could join us”, he said.

He also had a welcome back for two committee members who were unable to attend last year’s event through illness, Eamonn Wynne and Muiris Walsh, and said everyone was delighted to see them back.

He paid glowing tribute to all the winners for their successes and mentioned two recipients who were honoured for very special achievements – Andrew Duncan whose achievements at the World Transplant Games were truly remarkable; and Chris Regan, who exemplified the true spirit of volunteerism with a lifetime of giving, a true role model for his coaching with Clonmel Town schoolboys.

And the highlight of the ceremony, the Knocknagow Award, honoured a true hero of Tipperary, the legendary Tony Wall.

“He was a colossus in the No. 6 jersey and achieved greatness carrying the blue and gold of Tipperary to All Ireland success on arguably the greatest hurling team ever. Truly a legend of Tipperary sport”.