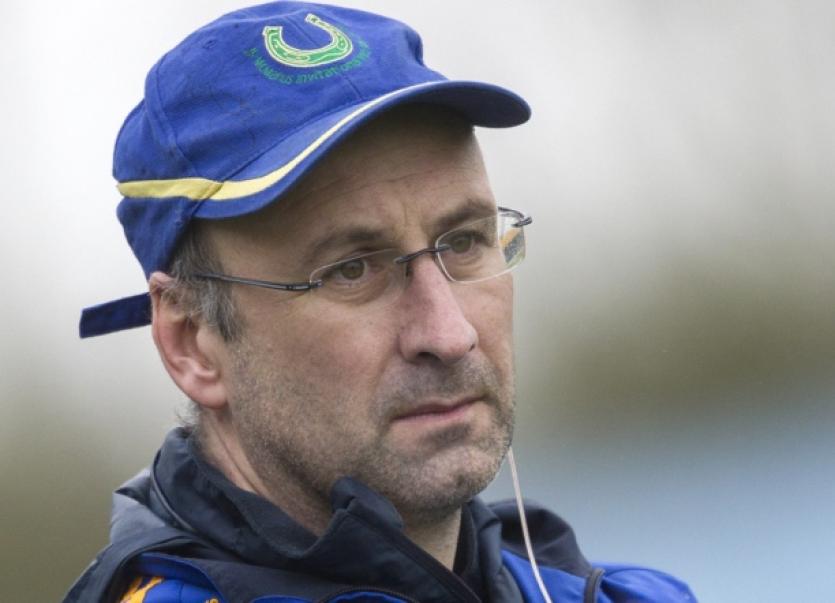 Promotion is the very definite aim for the Tipperary senior footballers as they prepare for next Sunday’s opening fixture in Division 4 of the 2014 Allianz National Football League, against Carlow at Dr. Cullen Park (2.0).

Promotion is the very definite aim for the Tipperary senior footballers as they prepare for next Sunday’s opening fixture in Division 4 of the 2014 Allianz National Football League, against Carlow at Dr. Cullen Park (2.0).

Selector Michael O’Loughlin told The Nationalist this week that a good start is vital if the Premier County want to get out of League football’s bottom tier.

Tipp experienced the heady heights of Division 2 football when John Evans was in charge but they have since tumbled back down two divisions and current manager Peter Creedon has consistently stated that the team needs to be playing against better opposition to improve.

If a number of young players are going to realise their rich potential as seniors, and as a championship force, Tipp need to get out of Division 4 and start mixing it with some of the bigger teams.

But that’s easier said than done as Division 4 promises to be as competitive as ever in the coming weeks.

Tipp lost a winner-takes-all showdown with Offaly in the final round of fixtures last year, when a victory would have secured promotion to Division 3.

Ultimately, Tipp paid the price for a poor start as they lost their opening two fixtures against Carlow, at home, and away to Waterford.

Four successive victories had Creedon’s charges back in the promotion hunt but they suffered a disappointing 1-8 to 2-10 defeat in Tullamore.

Creedon is also monitoring the fitness of prolific forward Barry Grogan ahead the visit to Carlow and the Cork native is also keeping his fingers crossed that Robbie Kiely, Michael Quinlivan and Peter Acheson come through third-level fixtures unscathed this week.

Fit-again Seamus Grogan, who missed the 2013 campaign with cruciate knee ligament damage, is ruled out through suspension and Lorcan Egan (JK Brackens) is another injury concern with an ankle problem.

The refixed Waterford Crystal Cup hurling semi-final between Tipperary and University of Limerick looks set to deprive Creedon of the services of Steven O’Brien but Ian Fahey should be available from the county U21 football set-up.

Colin O’Riordan and Seamus Kennedy, who are also members of the senior hurling squad, are not being considered for senior football at this point in time. Tyrone import Conal McCullagh and Ger Mulhair from Arravale Rovers are newcomers to the squad and O’Loughlin was also pleased to report that Alan Campbell and Donagh Leahy, who both struggled with injuries last year, have returned to full fitness.

Experienced Cahir clubman Robbie Costigan sustained a serious injury at the end of last year and has not been asked back while Hugh Coghlan, a former All-Ireland club medallist with St Vincent’s in Dublin, is currently travelling abroad.

O’Loughlin said: “Carlow are like Tipp – they’re rebuilding by all accounts with more or less the same panel as last year.

“They would have the experience of beating Tipperary and they won’t fear us after coming to Thurles and winning last year.

“Everybody is focusing on the first two games and getting something out of those, to build momentum.

“Last year, when we started winning games, we got a momentum behind us and that helped us. So everyone is trying to get a momentum from the first two games, because there is such a break to the next round.”

In a reverse of last year’s opening two matches, Tipp are away to Carlow followed by a home fixture against Waterford, in Clonmel on Sunday week, February 9.

But Tipp don’t have another game until they travel to Ruislip on March 2 for a meeting with London.

O’Loughlin added: “The immediate goal is to get a good start and get some points out of the first two games this year, compared to last year. “We didn’t win a game but then we won four in a row to have a chance of promotion.

“We have to pick up points because down the line, we’re meeting a stronger London, Leitrim who won the FBD League in Connacht, Wicklow and Antrim are down from Division 3 and you also have Clare in the mix. There are no easy games and I’d say it will be tight between all the teams. Five wins will probably be enough to get promoted and the target will be to get five or six wins. And hopefully that will get us there.”

As well as additions to the playing staff, Tipp have also welcomed on board coach Michael McGeehan, the CEO of Coaching Ireland who worked with Limerick last year, and sprint coach Hayley Harrison.

“Mickey is going well – he’s down every week with us from Limerick and Hayley comes in once a fortnight to check on the running.”