‘Switch off’ blamed for Tipp’s collapse 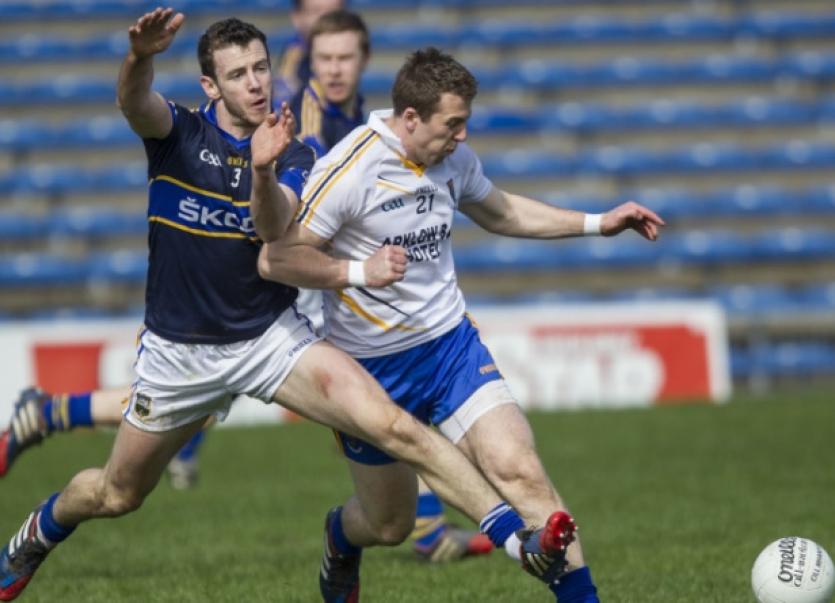 Tipperary football manager remained cool after Sunday’s game even if somewhat shocked and disappointed by the way his charges had conceded victory to Wicklow with three goals in injury time.

Tipperary football manager remained cool after Sunday’s game even if somewhat shocked and disappointed by the way his charges had conceded victory to Wicklow with three goals in injury time.

He simply put defeat down to “switch off” but sensibly saw no point in dwelling on the negatives.

“It is a bad loss really to give away but we have 22 points kicked today. We got our job done last week (promotion against Leitrim in Carrick-on-Shannon)so it’s Clare now in the final and we are looking forward to that.” (Tipp will play Clare in the Division Four final in Croke Park on Saturday night, 26th April).

Speaking very briefly, post-match, the manager tried to put a finger on what went wrong.

“They won three kick outs in a row and ran straight down the middle and we were unable to get our hands on it. It is disappointing for us to concede like that at the end.”

The loss of the pivotal Peter Acheson for an assortment of cards on the day, yellow, black and red, was a huge loss and Wicklow instantly exploited the absence of the influential Moyle Rovers star scoring three goals after his dismissal in the 64th minute.

Peter Creedon also explained the loss of John Coughlan and Ciaran McDonald (back for his first competitive game in over 12 months) as significant too but he was offering no excuses and credited Wicklow for their victory.

The manager also took something from the fact that “we got to see a few other guys playing today” - remember Tipp were without the under 21 players Michael Quinlivan, Steven O’Brien and Ian Fahey, while also absent from the previous Sunday were goalkeeper Paul Fitzgerald, Andrew Morrissey, Ger Mulhair and George Hannigan, and Alan Moloney who was due to start failed a pre-game fitness test.

But all in all this has been a great National League for Tipperary with promotion gained last weekend; it can be judged in its totality over seven matches and not a crazy three minutes at the end of the seventh game.