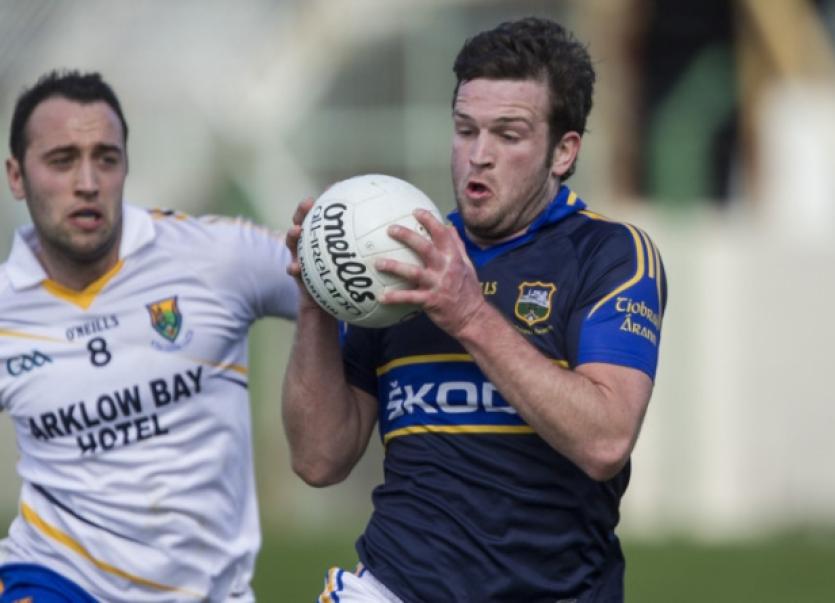 What an unbelieveable sting in the tail Wicklow produced by scoring three goals in time added-on to leave Tipperary stunned and speechless at the final whistle.

The home side were leading by 0-22 to 1-12 as the game entered injury time and it seemed Tipperary had succeeded in going through an entire league campaign undefeated. However, in a bizarre three minute spell Wicklow somehow carved through the Tipp defence not once, not twice but three times for well-taken goals. The game and the unbeaten league run were both lost when referee Jerome Henry eventually sounded the full-time whistle in the 73rd minute. It was hard to credit what had just unfolded on the hallowed sod of Semple Stadium.

But it would be wrong to judge this game or this league campaign on a crazy few minutes of the seventh and final fixture. This game was mostly academic from Tipp’s perspective and there was nothing in it for the Premier even with a large victory. On the other hand the Leinster visitors were still in with a shout of promotion and perhaps were hungrier as a result. But the better team had somehow snatched defeat from the jaws of victory on the day; and as welcome as an undefeated campaign might have been, it was again just academic and of little consequence in the overall scheme of things.

That said, this was a lesson for Tipp taught at little if any cost. If mistakes are heeded, in time it may well turn out to be a blessing in disguise in the side’s development.

With seven changes in the starting line-up from the promotion-winning team of the previous Sunday, Tipp looked well in control of this game right from the outset. And while Wicklow had the first score of the game from former All-Star nominee Leighton Glynn, Tipp were 0-6 to 0-1 ahead after 20 minutes.

The new-look midfield of Aldo Matassa and Lorcan Egan were doing well in the centre while Peter Acheson was once again proving dominant in the centre-back berth.

However, Tipp seemed to switch off for a period then and Wicklow responded with five unanswered points in a six minutes spell to tie it up at 0-6 apiece after 31 minutes. Worryingly three of these points came from frees, two scored by Seanie Furlong, another by Glynn and also two more from open play by midfielder Niall Gaffney and corner forward Paul Cunningham.

Seanie Furlong for Wicklow had the last point of the first half to leave it 0-8 to 0-7 for Tipp at the break.

With a swirling wind behind them Tipp re-emerged in positive mood and three quick frees from Sweeney and Barry Grogan (2) gave them breathing space again. Just four minutes in Wicklow received a big blow when full-back and team captain Damian Powertook a second yellow. With numerical advantage, four points up and the breeze at their backs, Tipp would have been expected to close this game out.

It looked like they had done exactly that when with just 12 minutes remaining they had stretched the lead to 0-18 to 0-11, with further points from Sweeney (2, one free), Acheson, Brian Mulvihill (2) - back for his first game of the year - Grogan and Lorcan Egan. The Wicklow responses coming from Patrick McWalter, Rory Finn (2) and a Seanie Furlong free.

A Leighton Glynn penalty in the 59th minute was quickly nullified by three well-worked points from Paddy Dalton, Philip Austin and Bernard O’Brien and Tipp seemed to be in complete control as the clocked ticked down. Peter Acheson’s dismissal on 64 minutes for a black card to add to an earlier yellow seemed nothing much at the time.

Kevin Murphy and Donagh Leahy then swapped points and at 0-22 to 1-12 on 70 minutes it seemed all over.

But in an amazing finish Wicklow succeeded in winning three kick-outs in a row, and returned down the middle each time for three goals from Rory Finn, James Stafford and Seanie Furlong with virtually the final kick of the game. Tipp were left to ponder and rue just what on earth had happened.