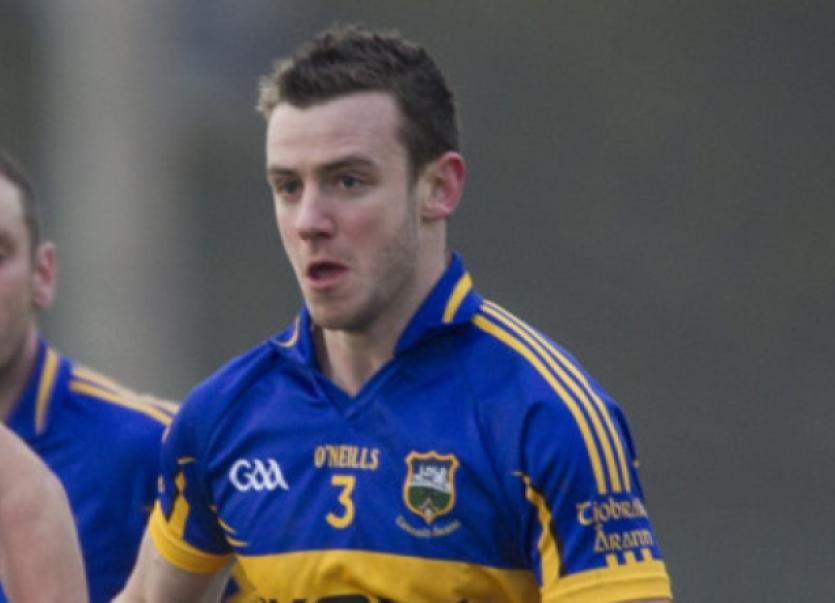 The 25 year-old secondary school teacher from Killenaule is proving to be an inspirational captain for the Tipp troops this year, already having led his team to Division 4 silverware in Croke Park and a Munster SFC win.

At a recent training session in Dr. Morris Park, Thurles, I put it to him as to what were the players feeling as the Cork game nears?

“Ah listen, it was great to get the win in the league and great to get our first win in the championship but when we come to playing Cork now on Saturday it’s going to be a tough ask. Cork are Division 1 and we are only coming up to Division 3. You could say it is an awful big gap to be playing those teams. But the way it is seeded is favouring Cork and Kerry and they are fairly well ahead of the rest of the pack. You wouldn’t know, we’ll go out and give it our best on the day and see how it goes.”

I put it to Paddy that the players must be looking forward to playing the cream of Gaelic footballers, such as Cork have?

“You are always looking forward to playing the best players in the country and we’ll go out and give it a good crack.

“There is lots of improvement in Tipp and we are going up. There is a lot of us getting more mature, we are getting to 25 and 26 years of age and then you have the youth coming up then as well pushing it on a bit more. The team is getting settled and the panel is getting stronger. Training is getting better, we have bigger and better panels and training gets better and more competitive. That helps going in to the championship,” added the full-back.

Cork are a top four team and potential challengers to Dublin for the ‘Sam Maguire’ in September. How will Tipperary cope with their big name stars?

“We’re just going to have to go out and we are not going to get caught up in big names. They are fantastic footballers and that but we are going to go out and treat it like it’s any other game even though it is going to be a tough ask. Some of these players have All-Irelands, Munster championships and so on, but we will go and see what we can do on the day.”

Reflecting on the recent day in Croke Park and lifting the cup must have been a proud moment for you and for the team?

“I was proud of those lads now that day in Croke Park. It is not too often that we win something up in Croke Park and a national trophy at the end of it. Those lads are doing well and hopefully we can bring it on towards the Munster semi-final and give a good account of ourselves.”

A good start is vital so against Cork on Saturday?

“It is going to be hard for the first 20 minutes or so because they are probably playing like they are playing in Division One, three gears ahead of us now at the moment. They will be on a different pace and us trying to get up to that pace for the first 20 minutes and try and stick with them then for the next 15 minutes or so. Until the 78th minute it’s going to be tough, but look, we are training hard and we will see how it goes on the day.

“Most of our lads have played against them at under age and that and we know what they are like but they have gone on and have developed. Their forwards have been playing against better defenders and that at senior level. No doubt it is going to be tough going down there to Cork and trying to play them.”

Looking back briefly on the Limerick win, taking the positives and the negatives, Paddy was under no illusions about the lull near the end of the game.

“If we have a lapse in concentration for any length of time inside the match they will just knock over scores and they’ll punish us everytime, every turnover. We’ll just have to be tuned in for the 70 minutes and see can we stick with them.”

Hopefully, a fully fit Paddy will be available to lead out his team in Cork on Saturday night next.