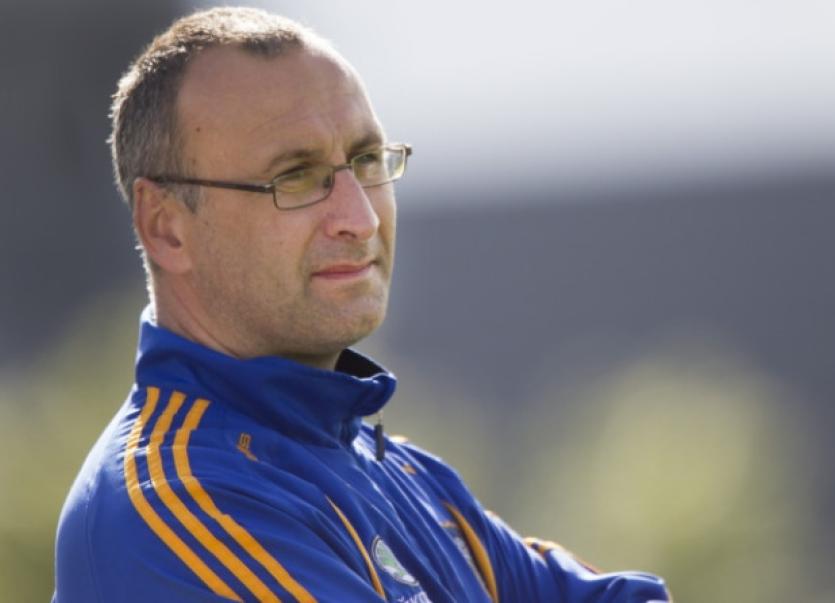 Tipperary senior footballers travel to Páirc Uí Chaoimh on this Saturday evening with the unenviable task of facing Cork in a Munster semi-final.

Tipperary senior footballers travel to Páirc Uí Chaoimh on this Saturday evening with the unenviable task of facing Cork in a Munster semi-final.

It is Tipperary’s reward, if one could call it such, for their recent victory over Limerick at the Gaelic Grounds - the county’s first win in the Munster senior football championship since 2003.

The record books show that it is all of 70 years to the month since Tipperary last beat Cork in the senior football championship (June 1944 in Clonmel). Also the bookmakers only see one result on Saturday next with Cork at an unbackable 1/33. In the bookies’ opinion Tipp have about as much chance of winning the World Cup than turning over ‘The Rebels’ on Leeside.

However, Tipperary manager Peter Creedon, himself a West Cork Carbery Rangers clubman, is paying no heed to any of the sideshows or statistics surrounding Saturday’s clash. For him, as it has been all year, the focus is on his own group of players and making progress for Tipperary at  senior football level, on whatever path it may take.

The year, thus far, has been an encouraging one for the Premier County footballers. Six wins and a draw from eight league games earned Tipperary promotion to Division 3 for next season. A Division 4 title then followed with a hard-fought win over Clare in the final at Croke Park on 26th April. Continuing the upward curve and a further indication of progress under Peter Creedon, Tipp ended an 11-year fruitless provincial run with a four points win over Limerick at the Ennis Road Grounds.

When I caught up with the Tipp boss at a recent training session at Dr. Morris Park, Thurles, it was evidently clear that neither he or his side are daunted by the upcoming fixture. As he aptly puts it himself - “It’s a free game for us in many respects and there are no expectations on our shoulders . It’s an occasion when the players can go down and express themselves and we will see how we go.”

I put it to him at the start that it doesn’t come much harder in the championship than playing Cork on their own patch?

“Cork are a top three team, maybe the second best team in the country. It is a difficult ask. They are 20 places above us in the National Football League standings. We are under no illusions it is going to be a difficult task but we are looking forward to it at the same time,” he said.

Reminding him that Cork led Dublin by a whopping eight points at half-time in the National League Division 1 semi-final and looked a very focused outfit under new manager Brian Cuthbert?

“The fact that they are under new management means that they will come out in his (Cuthbert’s) first championship game with a big ambition to win and put us away early in the game. The competition in Cork for places is quite hectic I would imagine. I am expecting a fast game from Cork, and probably a challenge that we can live up to that pace and try and stick with Cork for as long as we possibly can.”

Was trying to contain Cork in the early stages of the game then a priority?

“Yeah, but the way the top teams are going they can create scoring spurts at any stage of the game. But you can’t switch-off for one minute against a team with their calibre of forwards. I am more interested at the same time in what we achieve on the night in terms of our targets or goals.”

Where do you see their main danger coming from?

“Their full-forward line is exceptionally talented. Brian Hurley, I know from club football in Cork, is an exceptional talent. Then the likes of Kerrigan and on the inside line John Hayes is a very good player, also Colm O’Neill, Daniel Goulding. Their whole inside forward line is capable of doing a lot of damage,” he added.

You wouldn’t consider “parking the bus,” so to speak, and playing more defensively with men back in order to contain that threat?

“That’s a Catch 22 question. There are two ways of looking at that. We could quite easily decide to put 15 men behind the ball in our own half but in many respects we are conceding defeat before we start. We have been trying to play offensively all season. We will probably try to get a bit of balance between the two. Ultimately if we aren’t brave enough to go out and play and attack Cork we might as well not go down there at all.

“Looking at it from a coaching point of view, playing a forward line like that it would make sense that you would try and go with an extra defender. But it is about how you utilise the extra defender. A lot of teams play a guy back there and it is of no benefit whatsoever. I am not overly concerned about Cork actually when they have the ball because I think we will attack hard and work hard. I think the key for us is that when we attack them we don’t turn over cheap ball and leave ourselves exposed at the back. So I think the best form of defence for us is to make sure our forwards play very well on the night,” he added.

I asked him if the late-game switch-offs against Limerick and also in the League against Wicklow are a concern. Something like that against Cork, if we don’t stay at it for the full 70 minutes, could see us beaten out the gate?

The Tipp manager was quick to add though “It’s a free game for us in many respects and there are no expectations on our shoulders. It’s an occasion when the players can go down and express themselves and we will see how we go,” he calmly added.

Still, as daunting as it may seem facing Cork, it is where these players want to be. They must be relishing the chance now of tackling a top Division 1 team?

“We are, yeah. It’s been a tough year. We’re on the road now since last November. We’ve trained very very hard because every game - as you know yourself from watching - every game is difficult in its own right. Obviously it’s a big jump for us from Division 3 to Division 1. Last year we got a nice beating below in Kerry even though when we looked at the video after 45 minutes there were only three points in it. That has often been probably forgotten about when people are analysing the match. Kerry came at us strong that night and we were able to hold our own. We can use that as a positive, as a building block for this year as well.”

I remarked that he seemed to have a great bunch of players under him, and that effort and commitment was good?

“They’ve been very good. If you saw my stats for attendance, 90% plus. There are guys who leave for work at 4.30 in the morning to drive up to Kildare and be back again for training with us that evening. The commitment levels have been very very positive, that’s where it’s needed to be, as other than that you wouldn’t get the results, full stop.”

What’s the injury situation; is Donagh Leahy back after missing the Limerick game?

“Donagh, hopefully, will take part in training maybe this evening and it’s touch and go if he will be fit for  Saturday. Paddy Codd is the only real concern with a bit of a hamstring twinge. All other knocks should be ok. But Paddy is touch and go.”

“I’ve been there so often before with minor teams and Tipp. We beat Cork one year and you know we have always managed to hold our own against Kerry. There is only one year I can say we got a bad beating. But even last year against Kerry when we analysed it in the cold light of day there was an awful lot of the aspects of the performances were very very good. I suppose with this championship game on Saturday we need to play to the best of our ability. Whatever happens after that we will take it as long as the guys give it their best. They are capable of being a top 10 team, there is no doubt about that. And if we keep that group of players together and add another one or two players I have no doubt they will be capable of being in the top 10,” he concluded.