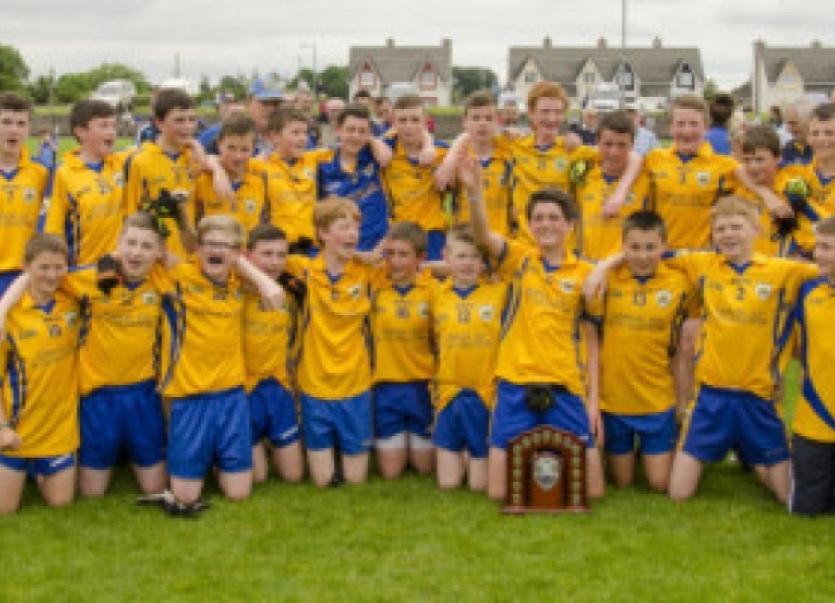 The second final of the three on the day saw Clonmel Og and Holycross/Ballycahill do battle.

Clonmel started very brightly with points from Jamie Doyle and Rhys O’Regan and two from Cian O’Sullivan. Clonmel Og were in total control at this stage playing excellent football and only great defending from Holycross kept them at bay.

The Mid Tipperary side eventually got into their stride with Eoin Morris opening their account with a free, followed with midfielder Cormac O’Connor scoring a goal and two points in the following five minutes.

It was now Clonmel Og’s turn to defend and Holycross were guilty of poor shooting and failed to score for the remainder of the half. Clonmel had a great tonic with a goal from Derry Phelan just before half time to leave them ahead on a score line of 1-4 to 1-3.

Holycross began the second half in a determined fashion and were playing the better brand of football at this stage with a goal from Eoin Morris and frees from Mike Nally and Cormac O’Connor and a point from Ben Slattery giving them a five point lead.

Half way through the second half, Clonmel made a few positional changes and introduced subs which yielded great dividends with goals from Cian O’Sullivan, Jack Downey, TJ Quigley and Rhys O’Regan and points from Jack Dillon and Sean O’Leary.

This left the final score 5-8 to 2-6 in favour of Clonmel. Captain Cian O’Sullivan accepted the trophy on the team’s behalf.