Clonoulty outclass Knockavilla to reach their ninth  final in a row 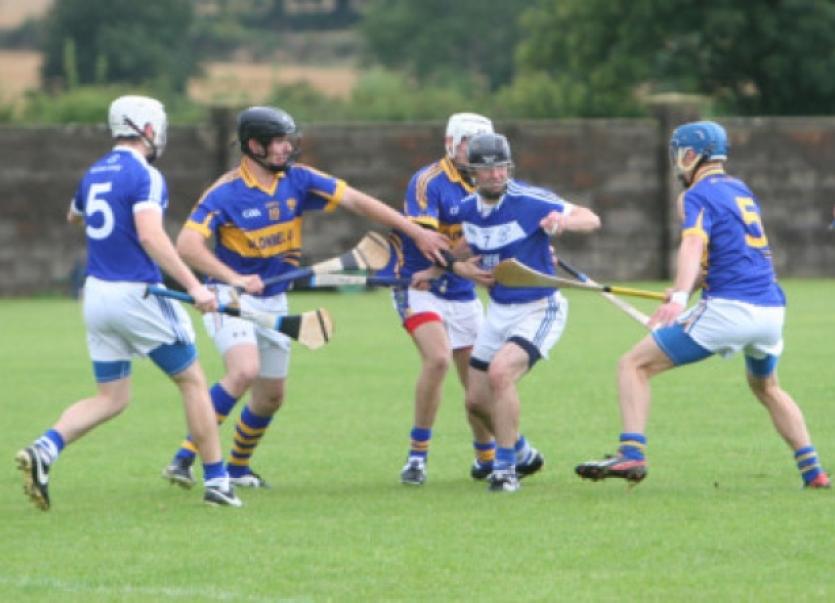 This was a game that Kickhams started the livelier and were it not for a brilliant save from Clonoulty goalie, Jimmy Maher, in the opening minute they could have taken a shock lead. They dominated the opening eight minutes but some desperate shooting in front of goal was their downfall. All they had to show was a point scored by their half back, Johnny Ryan after six minutes.

Clonoulty settled down and Sean Maher opened their account on nine minutes with a point. Aidan White, John O’Neill and Sean Maher again put them three up after 14 minutes. The game turned completely on 20 minutes with a Timmy Hammersley goal following a neat flick on by Fiachra O’Keeffe. Kickhams replied with pointed frees by Brendan Ryan and Tommy Comerford.

Clonoulty then hit their best patch in this game which yielded four points in two minutes from Timmy Hammersley (2), Conor Hammersley and John O’Neill. Kickhams came back with two points from Damien McGrath and Tommy Comerford to leave the half time score, Clonoulty Rossmore 1-11 Kickhams 0-05.

Clonoulty started the second half where they left off and Aidan White rattled the net after ninety seconds having being put through by man of the match, Timmy Hammersley. John O’Neill quickly followed up with two points. Brendan Ryan pulled one back from a free and Killian Loughman scored Kickhams only goal after nine minutes. Clonoulty hit back immediately with points from Fiachra O’Keeffe and John O’Neill. Paudie White hit a long range point, Timmy Hammersley was on the mark from a 65. Clonoulty took the foot off the pedal and failed to score in the last five minutes. Damien McGrath closed out this game with his second point of the day to leave Clonoulty ahead by thirteen points at the final whistle.

This was a game where Clonoulty were never threatened, except in the opening eight minutes. They were well marshalled from the back by John Devane and John O’Keeffe, Paudie White won the midfield battle and Timmy Hammersley, John O’Neill and Sean Maher were the pick of the forwards.

Kickhams never gave up on this game and had good displays from Damien McGrath, Johnny Ryan and Paul O’Dwyer.