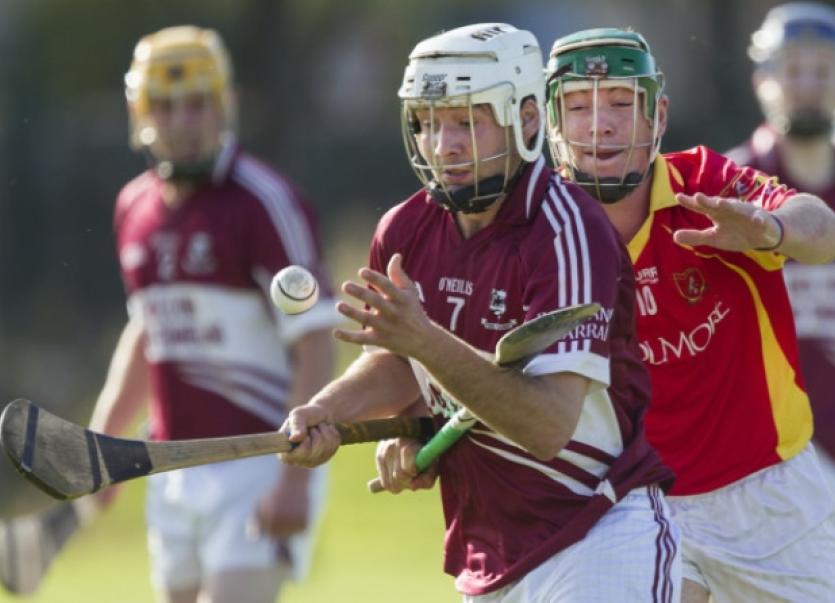 A fortnight out from the All Ireland and all talk of the big day took a back seat last weekend as the clubs hogged the limelight with those eight divisional semis.

A fortnight out from the All Ireland and all talk of the big day took a back seat last weekend as the clubs hogged the limelight with those eight divisional semis.

The Mid produced the most eye-catching outcomes with Drom flooring Sarsfields quite spectacularly and Upperchurch edging out the reigning county champs, Loughmore.

It wouldn’t happen in Donegal, I suppose, and maybe not Clare or several other counties either, but a sizeable section of the Tipperary hurling panel was in competitive action with just two weeks to go to the All Ireland final. Key to the decision, it seems, was Eamon O’Shea’s blessing and I think he’s right. Injuries can just as easily happen on the training ground and there’s little substitute for competitive hurling to keep players fine tuned.

Thankfully the weekend seems to have passed off without major mishap, though there was some passing mention of a minor knock to Niall O’Meara as his club fell to Burgess up North. He really is misfortunate with injuries.

With apologies to the other divisions the Mid probably had the most noteworthy outcomes on Sunday at Templemore. Some were amazed with Upperchurch’s defeat of the county champions – I wasn’t. The extent of Drom’s domination of Sarsfields, however, was an obvious headliner.

2013 was a wash-out for Sarsfields but all the early indicators this season suggested a reinvigorated team, one well fancied by the bookies to retake top honours in the county. Sunday then was a massive let-down for their fans. Here was the old fickle Sarsfields, well stocked with headline names but utterly lacking in overall team impact.

Mind you part of their difficulty was that they met a Drom side fired up for the battle and spearheaded by an in-form Seamus Callanan. After an opening tilt between Callanan and Paudie Maher, Mickey Cahill was detailed to follow the Drom man but for once came off second best. Callanan hit 1-10 over the hour, 1-4 of it from play, the second half goal really burying any slim revival hopes that Sarsfields may have entertained.

Drom led 1-5 to nil after just ten minutes, Edward Costello putting his name to the goal, and that blistering start set a tone for the game that effectively never wavered. Sarsfields had problems on their inside line of defence and conceded an own-goal before the interval at which stage they trailed by eight.

Lar Corbett came on for the second period but in truth they never looked like a revival. ‘Redser’ came in and bagged a typical goal to peg the lead back to six midway through the second period but Callanan out-fielded the defence for his goal shortly afterwards and it all petered out with Drom well in control, winning eventually by ten points.

There was plenty to admire about Drom who won most of the individual battles on a day when they were without Johnny Ryan. I liked Kevin Butler’s input at midfield beside Woodlock. By contrast this was quite a jolt for Sarsfields who looked vulnerable at the back and had no real cutting edge up front despite the best efforts of Aidan McCormack. It’s an outcome that will bring some readjustment to expectations.

The opening clash at Templemore challenged expectations too as Upperchurch pulled off an extra-time win over the county champions. This was the most gripping contest I saw at the weekend with the ‘Church good value for their win on a day when Loughmore really struggled all over.

The winners led by two at half time, 0-12 to 1-7, Loughmore fortunate to be so close on the back of an Evan Sweeney goal. It remained marvellously tight for the second half, a Colm Ryan goal for Upperchurch after a fine run by Jody Brennan was a big item. In the end Padraig Greene had Upperchurch ahead but Noel McGrath levelled to send it to extra-time.

When the same Padraig Greene turned in a precious goal early in extra time it gave the ‘Church a foothold and they held out to the end. Indeed but for a series of bad wides they’d have won more comfortably. Padraig Greene was a key man, hitting 1-5 from play, but they had sharp displays all over in another commendable team effort.

I think I ruffled a few feathers recently by provocatively suggesting that Upperchurch could potentially win any division bar the Mid. It was a bit roguish on my part though the key point remains intact that they’re unfortunate to be living in the shadow of such as Sars, Drom and Loughmore. They’ve never won the Mid, and probably won’t this year either, though after Sunday Drom are unlikely to take them for granted. They pushed Drom very close in the ’09 final, a year when they went on to a county semi-final. I like their attitude. On Sunday when a number of spurious refereeing calls went against them they kept focus, refused to be ruffled, and in the end got their reward.

For Loughmore the result means that their final group game against Toomevara in the county series is now critical. There are all sorts of permutations that could arise depending on that result but effectively both teams will have to play for a win in order to make certain of a place among the last sixteen in the county; they vie with Moycarkey for the top two slots.

Elsewhere in the divisional semis results were more predictable. The West went according to expectation with Annacarty and Clonoulty setting up another final showdown. Eire Og looked a little rattled by Cappawhite early on when a Russell Quirke goal had the underdogs ahead but Conor O’Brien got a goal back for Annacarty and when Seanie Ryan had a second before the break they were ahead by two. Then two second half goals by Paudie O’Dwyer really nailed the issue for Eire Og, helped it should be said by some woeful Cappa’ defending. In the end a dozen separated them.

It was similarly easy for Clonoulty in a disappointing clash with Kickhams on Sunday evening. The good news for Clonoulty came on Saturday when the GAA’s Mercy Committee lifted the ban on Timmy Hammersley and he landed 1-6 as the favourites won by a butcher’s dozen. Hammersley’s first half goal helped his team to an interval lead of nine and the game really lacked any intensity in the second half.

There is a long history of hefty collisions between these clubs but Sunday’s effort, I’m afraid, was a long way off that tradition. Not that Clonoulty were impressive either – they weren’t. It was more a case of being sufficient for the limited demands of the game and we’ll have to await other days to assess their true potential.

In the South Killenaule and Mullinahone got through while up North the final will rest between Nenagh and Burgess. Eire Og edged out Brendan Maher’s Borrisoleigh while Burgess got the better of Kilruane, a club that seems to be finding it difficult to build off underage prominence.

In the meantime the club scene shuts down for the next few weeks as Eamon O’Shea and colleagues put the finishing touches to their preparations for another high noon with those pesky ‘cats’. The mood is bright after the ease of the semi-final win over Cork but nobody needs reminding of what lies ahead - all of which is matter for next week.