Second half spurt sends Mullinahone in to South final 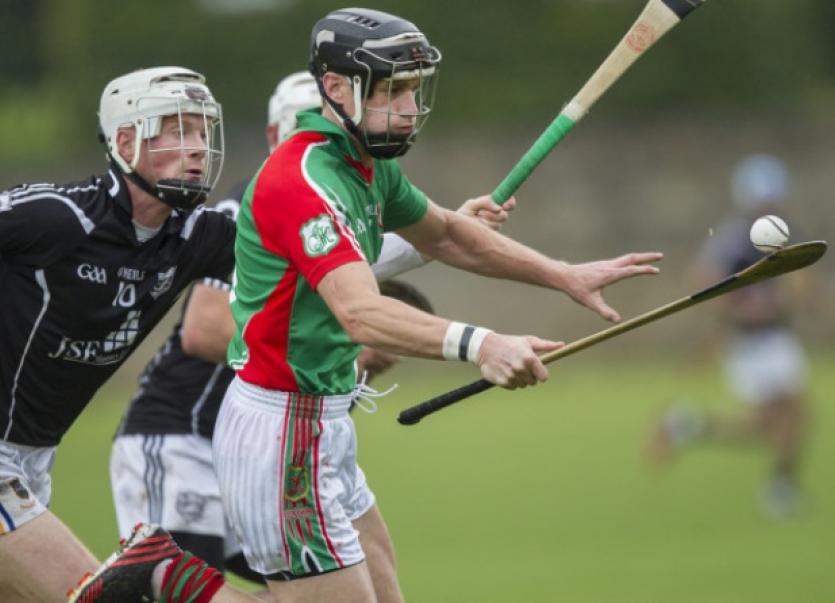 A sudden spurt of scoring in the second half in which they hit 2-3 without reply earned Mullinahone a place in this year’s South SHC final.

A sudden spurt of scoring in the second half in which they hit 2-3 without reply earned Mullinahone a place in this year’s South SHC final.

Up until that stage of the semi-final, played at Clonmel on Sunday last, it was very much anyone’s game between Carricks Swans and Mullinahone.

But between the 41st and 45th minutes Mullinahone hit a purple patch to come from a point down to go eight points up at 2-8 to 0-6, and from there on there was only one winner.

Overall though it was a poor game played in a constant drizzle on a slippery surface. The attendance also was disappointing.

But Mullinahone will be glad of the victory and to be back in a South senior hurling decider. They will start as rank outsiders against reigning champions Killenaule but they will look forward to the prospect of facing up to their neighbours and perhaps causing a big upset on final day.

Swan, having run Killenaule close in an excellent final 12 months ago, will be hugely disappointed with Sunday’s display. An overall total of 0-9 with four of those points from frees is a paltry return from 60 minutes of hurling. That only two players got on the scoreboard, Dwayne Fogarty and Bill Walsh, tells its own story.

In fairness though the club has suffered greatly with the loss of players through emigration with up to eight of their squad gone abroad in the last few years. Notably Stephen Hahesy and Danny O’Hanlon from last year’s South final were missed on Sunday.

Playing with the breeze into the Cantwell Street goal Swans opened the scoring in the second minute with a Dwayne Fogarty free, quickly cancelled by a free from Mullinahone midfielder Eoin Kelly.

Both sides were guilty of some woeful wides though and by half-time Swan had hit eight and Mullinahone seven, some of them from easy range.

Bill Walsh had a great point after seven minutes and he had a hand in another a few minutes later when a bursting run through saw the ball break to Dwayne Fogarty who put his side 0-3 to 0-1 to the good.

After Mullinahone captain Sean Curran was fouled on a solo run, Eoin Kelly pointed the resultant free, and the Tipperary senior player made it all square at 0-3 each after 23 minutes when landing a 50m free after Garry Cronin had earned it.

The 2010 All-Ireland winning captain then fielded a puck-out from his own keeper and sent over a rousing point to put the Kickhams ahead in the 28th minute. Dwayne Fogarty scored his second point from play to send the sides in level at 0-4 apiece at the end of a greatly disappointing half.

On the resumption Mullinahone began to win a lot of possession around the middle of the park but hit three further wides inside six minutes. Indeed the opening 10 minutes of the second period produced just three points, all frees, from Dwayne Fogarty (2) and Eoin Kelly to leave Swans 0-6 to 0-5 ahead after 40 minutes.

Then suddenly from nowhere Mullinahone grabbed a stranglehold on the game and blitzed Swans with 2-3 without reply in five minutes.

Cathal Horan rounded his marker to score a stylish point to level matters, quickly followed by white flags from Sean Curran and Eoin Kelly for a two points advantage as the ‘Green above the Red’ gained momentum.

The game’s first goal came in the 44th minute when Cathal Horan once again burned his marker to blast home low. Within a minute a second goal came when Michael Dunne careered through and unselfishly let it off to Donal Coady who in turn gave Tom Kennedy no chance from close range. At 2-8 to 0-6 it was now all going Kickhams way and they never let it slip thereafter.

With Mullinahone now on a wave the three Curran brothers combined for the next point - Paul powerfully won a tussle in defence and broke out to link with Niall who set up Sean for his second point, extending the lead to nine with 11 minutes to go.

Late on and of little consequence Swans had a penalty saved before scoring two late points from Bill Walsh, one from a placed ball, before Noel Cosgrave blew for full-time.

For Mullinahone Kevin Walzer had a fine game at corner-back, and Paul Curran’s excellent contribution at full-back will have been pleasing for Eamonn O’Shea’s intentions. The other Currans, Niall and Sean did well also as did Donal Coady and Eoin Kelly at midfield and Garry Cronin in the half-forward line.

For Swans Jack Walsh at wing-back, particularly in the opening half, did very well, and twin brother Bill worked hard in a forward line that was making little impression on the scoreboard. Others to have their moments on a day that the Carrick-on-Suir side will want to forget were Darren Fahey, Alan O’Sullivan, Kevin Lanigan and Gerry Walsh.