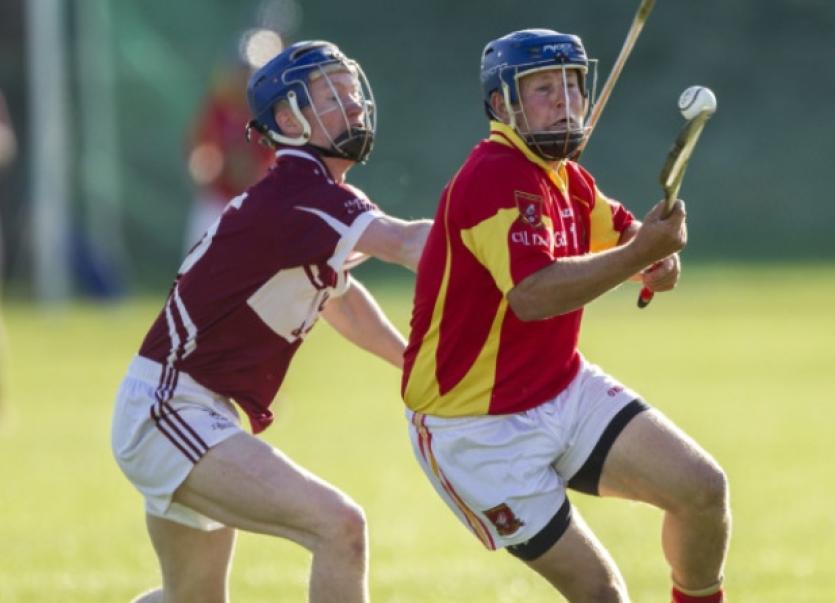 County players present and past contributed hugely to Killenaule’s South SHC semi-final win over neighbours and archrivals Ballingarry at Clonmel on Saturday evening.

County players present and past contributed hugely to Killenaule’s South SHC semi-final win over neighbours and archrivals Ballingarry at Clonmel on Saturday evening.

Killenaule may have struggled to put away the Ballingarry challenge for forty minutes but once John ‘Bubbles’ O’Dwyer hit a super goal ten minutes into the second half, there was only going to be one winner.

Bubbles may have been slow hitting top form but once he did he showed how vital a role he plays for Killenaule – and hopefully for Tipperary on Sunday week.

He ended with 1-8 with 1-3 from play and his switch to full forward in the second half proved Ballingarry’s undoing.

With Kieran Bergin dominant at centre half back, it proved a good outing for Eamon O’Shea’s two men in the Killenaule colours.

And they also enjoyed the luxury of bringing on two former countymen who energised their attack in the second half, Declan Fanning and Patrick ‘Festy’ Kerwick’, both of whom enjoyed All Ireland success in 2010.

A Ballingarry rearguard, that defended deeply in the first half with extra players brought back to bolster the sector, was eventually undone with Fanning hitting a super goal that copperfastened their place in the final.

Ballingarry’s defensive strategy meant they were short attacking options and had to rely on Seanie Cahill’s impeccable free-taking to keep in touch with the midfielder hitting 0-9 from placed balls with a 100% return.

But apart from Adrian Cleere, who hit three outstanding points, the Ballingarry attack was ponderous and never looked like getting the goal they needed in the second half to really trouble Killenaule.

They had no one to match the brilliance of O’Dwyer in the second half and didn’t have the resources on the bench that Killenaule enjoyed to change the course of the game.

As a result it was one of the more low key derbies between the Slieveardagh rivals but there was no disputing who the better team was.

Killenaule enjoyed the perfect start with a great Michael Doyle goal in the second minute, the corner forward cutting in from the right and giving James Logue no chance in the Ballingarry goal.

They held the advantage throughout the first quarter after which they led 1-6 to 0-4 with points from Bubbles (2), Michael Doyle with two to add to his goal, captain Tony Doyle and Stephen Hannigan, to Ballingarry replied from two Cahill frees, Adrian Cleere and Jack Fennelly.

But they didn’t score for seventeen minutes during which Ballingrry added seven without reply from four Cahill placed balls, one a 65, two from Cleere and a great score from sub Philip Ivors. Bubbles stopped the rot with a point just before the break to leave Balligarry one ahead at the break, 0-11 to 1-7.

An early Seanie Cahill free in the second half stretched the lead but then the wheels came off the Ballingarry wagon and they scored just four points for the remainder of the game to Killenaule’s 2-7.

It was a huge turnaround, kicked off by a Bubbles O’Dwyer goal in the tenth minute when he took a great catch from a Daniel Guinan pass and slipped the ball to the corner of Logue’s net. The Tipp star was a different player in the second half, unerring from frees and hitting over two super points in the space of sixty seconds.

The introduction of Fanning and Kerwick put the Ballingarry defence under further pressure as they struggled to cope with the rampant Killenaule attack.

Logue brought off a great save from Kerwick five minutes from time but could do nothing with a Fanning shot two minutes later after a great run by the former Tipp All Ireland medal winner. A Bubbles free from a sideline cut a minute later put a further gloss on the Killenaule tally. And with Kieran Bergin dominant at the heart of the Killenaule defence throughout, the good news for Tipp boss Eamon O’Shea is that both are not only playing well but came throught the game injury-free.