Thurles Sarsfields hold all the aces to flatten Loughmore 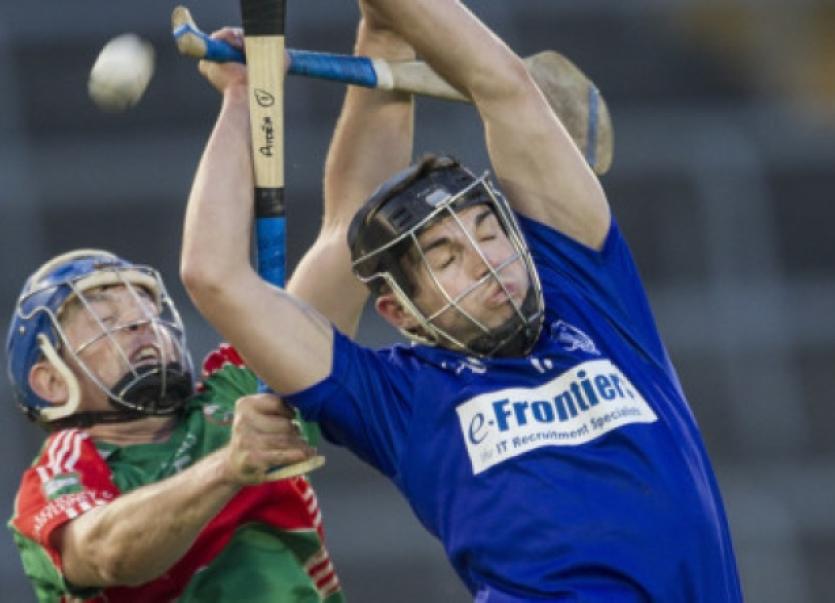 Only eight points separated them at the finish but it would have been a fairer reflection of the game if that difference had stretched into double figures.

Only eight points separated them at the finish but it would have been a fairer reflection of the game if that difference had stretched into double figures.

Loughmore outscored Sarsfields by 1-3 to 1-1 in the last 10 minutes of Sunday’s final at Semple Stadium on the first occasion the clubs had met in the county’s club hurling showpiece. But that late surge couldn’t mask a poor performance by the holders, who surrendered their crown in tame fashion in front of an attendance of 5,751.

Before Sunday the Thurles team stood accused of just doing enough to scrape through matches. However their mood had completely altered for the final, as they regained the title they last held two years ago. From the start they were sharp, focused and determined, a shift in attitude that was underlined by the points that Denis Maher and man of the match Stephen Cahill scored inside the opening minute.

They had 5 points on the board before Liam McGrath opened Loughmore’s account with a 12th minute free. Sarsfields led by 0-13 to 1-6 at the halfway stage and would have been further in front if it hadn’t been for Liam McGrath’s 20th minute goal, when he retrieved the ball from a ruck of players before shooting low to the net.

However the Thurles team soon slotted back into their elegant stride shortly after the restart, scoring their opening goal in the 4th minute when Michael O’Brien snapped up the rebound after Pa Bourke’s effort had struck the upright. Another Loughmore goal against the run of play, this time from John McGrath 9 minutes into the half, reduced the deficit to 5 points and kept them hanging on. However quickfire points from Lar Corbett and Richie Ruth (0-2) wiped out the benefit of that goal. And when Aidan McCormack twice found the target, with Richie Ruth also scoring, for three more Sarsfields points, these scored in just over a minute, they were ahead by 10 and it was plain sailing for the remaining 11 minutes.

This Sarsfields performance should put them in a good frame of mind for the Munster Club semi-final against Clare champions Cratloe in Ennis next Sunday, their seventh game in as many weeks.

Their hurling was crisp and direct from the start and they were on their game in every position. Midfielder Stephen Cahill was rewarded for an energetic display with the man of the match award but Tipp senior panellist Denis Maher, who scored 5 points from play, must have run him close. Centre forward Aidan McCormack, who scored another 5 points from play, must also have been in the shake-up. Elsewhere in attack Lar Corbett was an important link man, setting up several scores and scoring two points, one of which was a monster effort from around the middle of the field in the first half.

In a team that raced from the starting blocks Pa Bourke started relatively slowly before improving, and his goal four minutes from the end of normal time (the assist coming from sub Redser O’Grady) was the final nail in Loughmore’s coffin. Substitute Richie Ruth made a notable contribution too, scoring 4 points from play.

Goalkeeper Patrick McCormack made a few decent saves, which included a good block from John McGrath in the second minute and from Tom King’s late piledriver. Padraic Maher, meanwhile, lorded it in a defence in which Michael Cahill and Michael Gleeson also impressed.

Things seldom went their way but Loughmore kept battling hard. Their persistance was rewarded with a late, third goal from Evan Sweeney and they could have had another in additional time but Noel McGrath’s penalty was saved. Liam Treacy, Liam McGrath, Ciaran McGrath, John McGrath and Aidan McGrath gave their all on a disappointing afternoon summed up by Noel McGrath’s indifferent display.