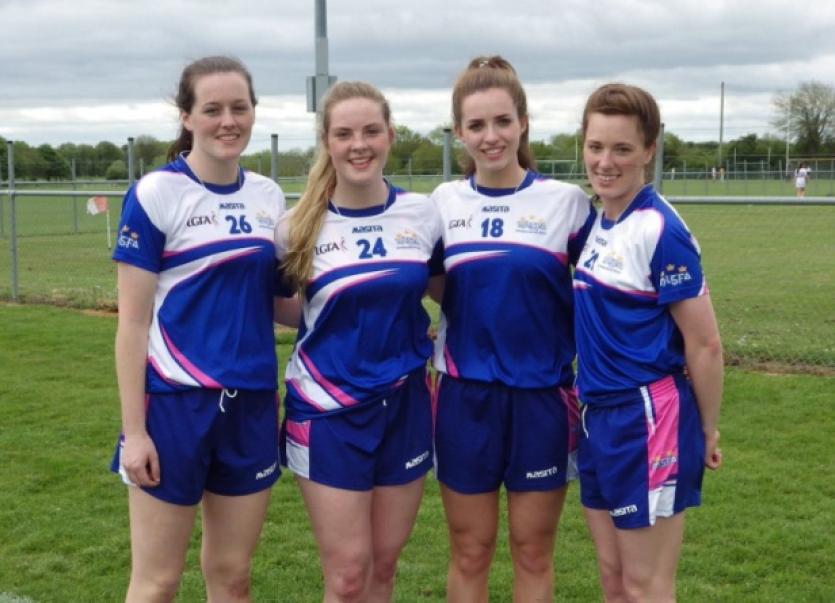 If ever the expression of ‘goals win games’ suited an occasion, it was in Kilmihil on Saturday last as Tipperary got their 2015 Munster Championship campaign underway with Clare as the opponents.

If ever the expression of ‘goals win games’ suited an occasion, it was in Kilmihil on Saturday last as Tipperary got their 2015 Munster Championship campaign underway with Clare as the opponents.

The score line of 3-13 to 0-17 in favour of Clare tells its own tale, showing how well Tipperary did up front but also highlighting the need to tighten up at the back.

Clare were favourites coming in to this game having dropped down from Senior to Intermediate for the first time since winning the 2009 All-Ireland Intermediate title. The Banner County are also operating in Division 2 of the League while Tipperary played in Division 3. So when Tipperary fell behind early on as Clare scored two quick points, the omens were not good. The Tipperary girls with wind assistance in the first half however soon got in to their stride with points from Shauna Ryan and Gillian O’Brien (2) to take the lead after five minutes of play. The teams shared the next four points with Shauna Ryan and Lorraine O’Shea adding the Tipperary scores before the first goal of the game.

Clare had the ball in the Tipperary net after 14 minutes only to see the score disallowed for a square ball. From the resulting free out, Clare won possession and following a good passing move, found Eimear Hillery in space and on this occasion, the green flag was waved. Tipperary’s response was immediate as Sarah Everard and Aisling McCarthy (2) brought the sides level after 20 minutes.

Heading in to half-time, Clare began to find their range kicking four points from play but not to be outdone, Tipperary added three late points from play by Niamh Lonergan, Lorraine O’Shea and Sarah Everard to leave just the minimum between the teams at the interval, 1-9 to 0-11. A notable feature of the opening half saw each of the six Tipperary forwards get a point from play.

The second half was just four minutes old when the Tipperary defence failed to clear their lines and Clare’s Roisin Howley took full advantage to find the corner of the net with a low, hard shot to put Clare four points in front. As with the first Clare major, the concession of a goal sparked a reaction with the Tipperary girls as they now went on to dominate the next quarter of the game.

With Aisling McCarthy playing in a deep role and carrying the ball in to the wind to good effect, Tipperary enjoyed a period of domination, courtesy of the aforementioned McCarthy who scored four points (2 from frees), the sides were level heading in to the final quarter.

The turning point came in the 48th minute from of a dubious penalty decision. After a good passing move, Clare looked certain to score a goal only for an excellent Louise Cadell block as the ball went out at the expense of a 45. However, without any appeal from our opponents, the referee adjudged a foot block had taken place and awarded a penalty. Roisin Howley dispatched the spot kick to the corner of the net to record Clare’s first score in 15 minutes.

Once again, Tipperary responded immediately with a point from play, again by Aisling McCarthy. But on this occasion, there would be no comeback as Clare dominated the final stages, adding three unanswered points (two from frees) to run out winners by a flattering five point winning margin.

Alhough defeated on the day, Tipperary can take encouragement from this performance while the management have plenty to ponder ahead of the next match. That next game in the Championship will see us taking on old rivals Waterford before a date with Limerick in the last round with the top two teams qualifying for the Munster Final on Saturday July 12th.

On Saturday last Longford overcame Laois in the Leinster U14 B Final and Tipperary now look forward to playing them in the Ladies Gaelic Football All Ireland Semi Final which is fixed for Saturday, June 13th.

Congratulations to Gillian O’Brien who was named as centre forward on the Tesco National Football Team of the League on Friday last. She received her award at a special awards ceremony in Croke Park.