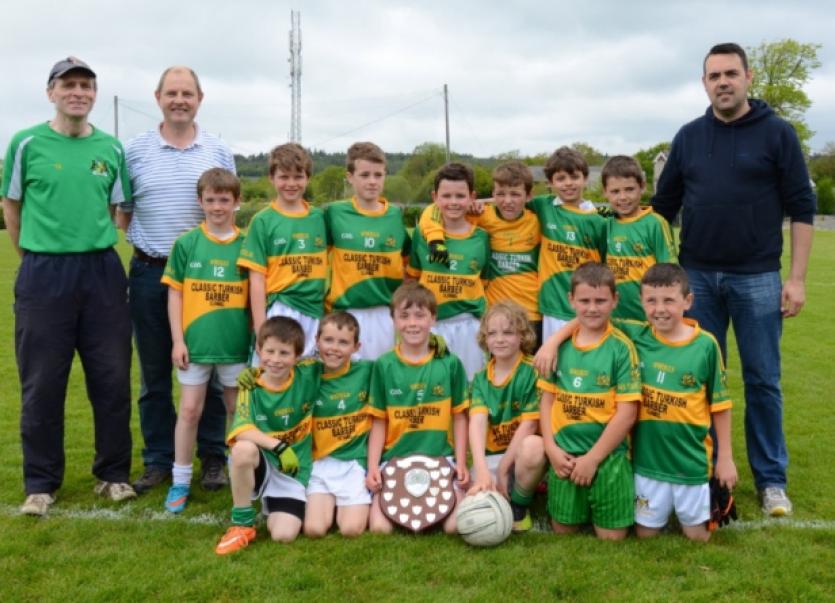 Brackens were first into attack making a few raids deep into the Commercials defence. Their pressure yielded a free which Michael Delaney duly slotted over the cross bar for the opening score.

Moments later the sides were level with a Commercials point from Niall Deely. Both lines of defence were being tested but were able for the task. On the 12th minute Cillian McNamara got a point for the south side which was to be the last score of the opening period Clonmel Commercials 0-2 J.K.Brackens 0-1.

On the resumption man of the match Cillian McNamara had the Brackens net rattled for a Commercials goal quickly followed with another. Michael Delaney added a point for Brackens and again another Brackens score with the Commercials net shaking.

From the resulting kick out Brackens were awarded a free which Michael Delaney dropped in and was fisted into the net to put the sides on equal terms, 2-2 apiece, for the second time.

Brackens were now playing with added purpose and on the seventh minute were a point up courtesy of Gearoid Sullivan. But that score was to prove to be their last addition to the score board. On the 12th minute Commercials captain Tadgh Sheehan laid on a ball to Cillian McNamara which ended in the net. Seconds later another blow for the Brackens as Commercials fourth goal came and with it the county title on a concluding score of 4-03 to 2-03

For the victors, Dara O’Connor, Joe Higgins and Niall Deely shored up the defence. In attack, Tadgh Sheehan, Alex McSherry and Kyle Dargan were always on the prowl. Cillian McNamara gave a man of the match performance all through.

At the presentation chairman Tom Dawson thanked the referee and his officials, the host club and to both teams for a good game of football. He then presented the shield to a joyful captain Tadgh Sheehan.