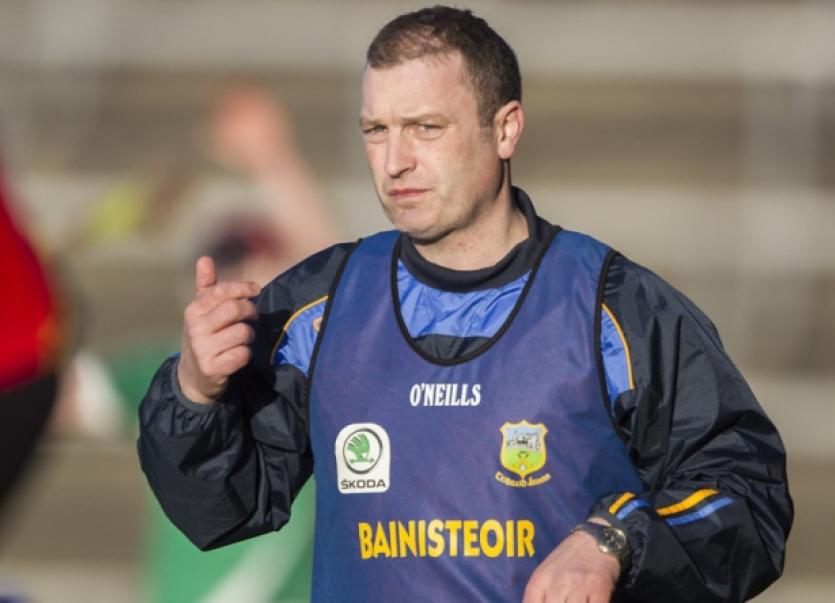 On Sunday next Tipperary minor hurlers will make their first appearance back in Croke Park since the county’s All- Ireland final victory over  Dublin in 2012.

On Sunday next Tipperary minor hurlers will make their first appearance back in Croke Park since the county’s All- Ireland final victory over  Dublin in 2012.

Once again, just like that memorable day three years ago when Kilsheelan’s Bill Maher lifted the ‘Irish Press Cup’, Dublin will provide the opposition.

Tipperary, managed by Liam Cahill of Ballingarry, came through a stiff test in the Munster final against Limerick winning 0-20 to 0-17. ‘The Premier’ had to rally in the  dying minutes of that game scoring four of the last five points to deny the Shannonsiders their three-in-a-row.

Over in Leinster the minor final between Kilkenny and Dublin went along similar lines. Dublin led by two points with four minutes to go but in their true never-say-die nine-lives style ‘The Cats’ rattled off four unanswered points late on to steal victory.

Amazingly this year it is 50 years since Dublin won their last All-Ireland minor  title in 1965. However they have won five Leinster minor titles in the last 10 years, testimony to the rising standards of hurling in the capital

Since their Leinster final defeat, the young Dubs, managed by former senior hurler  Johnny McGuirk, have regrouped with a 2-22 to 2-11 win over Antrim in a game played in Kingspan Breffni Park. They will be in a better frame of mind now for the visit of Tipperary on Sunday.

As the year progresses Tipperary seem to be an improving side and now with three wins under their belts against Waterford, Clare and Limerick they are motoring along nicely.

According to team manager Liam Cahill, when speaking after the Munster final win, “they are not the best minor team ever to leave this county, but they showed some heart, not just today (against Limerick) but all through the Clare and the Waterford games.”

What evidently this Tipperary team do have in abundance is tremendous determination and along the way they have come out on the right side of three close games by one point, four points and three points respectively against Waterford, Clare and Limerick.

While that is all very well, it is also a concern to Cahill, who sees it in a way like a team  going to the proverbial well too often.

“At times we have made it hard on ourselves, particularly in some of the earlier Munster games. We have not been hurling to our full potential and even when getting ahead have not closed out games. It is a worry that the day will come if you let teams stay in a game you will get done in the end. We have left teams back in to games this year and we can’t do that from now on,” added the former All-Star hurler.

“Dublin will be a big challenge for us on Sunday next. I have seen them twice this year - against Kilkenny in the Leinster final and since then when they beat Antrim. And we also played them in friendlies back in April and May. Dublin are physically strong, they are fast and they have plenty of skill. They might not be regarded as a typical Dublin side in style, but they will test Tipperary to the maximum.”

“If we think we can go along to Croke Park and get away with five or six players hurling to their best and that that will be enough, we will be found out badly. We will need everyone of the fifteen to hurl to their full potential if this isn’t to be a banana skin for us,” he warned.

With the minor footballers also through to an All-Ireland semi-final (on 30th August v Kildare) these are very busy times for Tipperary’s u-18s with a big overlap of players. Thankfully all the ‘hurlers’ came through unscathed against Galway in Tullamore on the Bank Holiday Monday with no less than Jack Skehan, Emmet Moloney, Alan Tynan, Brian McGrath, Tommy Nolan, Ross Peters, Mickey Connors and Tommy Lowry involved in both panels .

“They all came through, some of them were stiff and sore after it but no extra injury worries at this stage anyway for the Dublin game.”

He added “it looks like Stephen Quirke (the team captain) won’t be ready for Dublin. Stephen has had no contact sport since picking up his injury against Clare in late June and it would be very very surprising if he was to play any part in Sunday’s game.”

“The way I see it on Sunday is as it was in the Munster final against Limerick in Thurles, it is a 50-50 game. Dublin will be regarded as underdogs and Tipp, because of who they are, will start as favourites. But I don’t think Dublin deserve to be regarded as underdogs. Dublin will have had the benefit and experience of playing in Croke Park before while for most of the Tipp lads it will be a whole new experience. Croke Park will be by no way even half full by the time the Tipp game is up and running and Croke Park when it is like that can be an eerie enough and off-putting place. All that will be new to our lads”, he said.

“As I did before the Munster final, I would make an appeal to our supporters who will be there for the senior semi-final to make sure and get in early, get behind the minors and the more we can respond to that support as a team the more difficult we can make it for Dublin on the day,” concluded Liam

Hopefully the minors can get proceedings off to a perfect start on Sunday (2.00 pm throw-in) and push the first of two Tipp teams through to September finals.