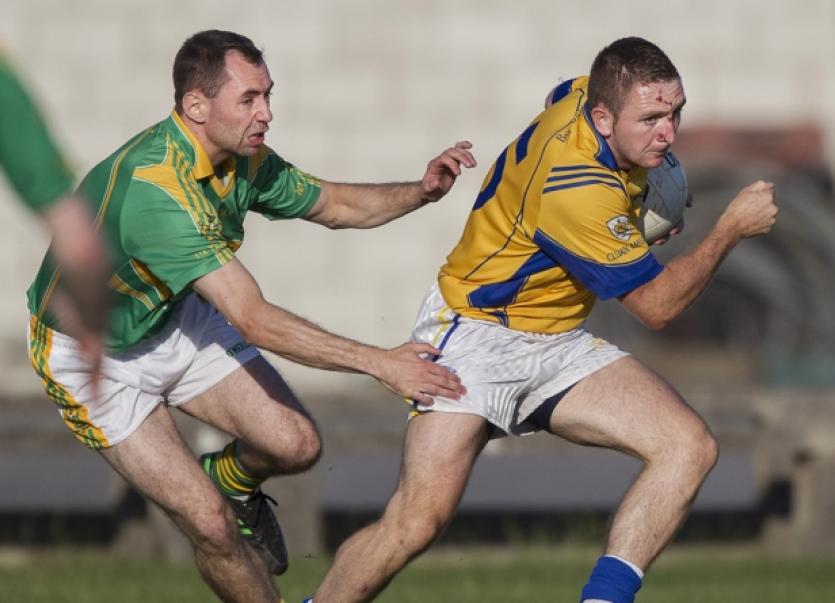 In a Group 1 County SFC game at Monroe on Saturday evening last Clonmel â€¨Commercials just about prevailed over Clonmel Og in an exciting local derby game.

In a Group 1 County SFC game at Monroe on Saturday evening last Clonmel â€¨Commercials just about prevailed over Clonmel Og in an exciting local derby game.

But the county champions and hottest of favourites were given an huge scare by their nearest footballing neighbours. Level with 60 minutes on the clock only two late points from substitutes Brian Oâ€™Hara and Padraig Looram saved Commercials blushes.

A penalty awarded inside a minute and converted by Alan Lonergan gave Commercials a cushion of a start and they went on to lead 1-4 to 0-3 at the break with points from Also Matassa, Alan Lonergan, Seamus Kennedy and an Ian Barnes free. Clonmel Ogâ€™s scores were all frees, two from Johnny Cagney and one from Malcolm Oâ€™Connor.

Further points early in the second period from Barnes and Matassa stretched Commercialsâ€™ lead to six points. A rocket of a goal in the 47th minute by Dean Kelleher and points from Michael Condon, Oâ€™Connor (free) and Shane Kearney levelled it before Brian Oâ€™Hara an Padraig Looram rescued it for Commercials.

Dwayne Burns was dismissed for a second yellow card with time almost up.