Lattin/Cullen Gaels lose out to Ballina 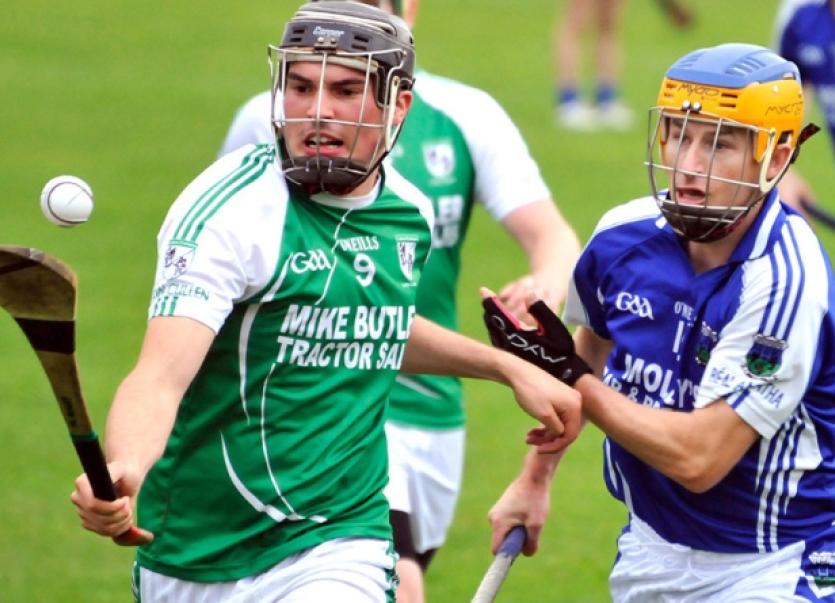 A battling Lattin Cullen Gaels side succumbed to North champions Ballina by 0-19 to 2-11 following an absorbing County Intermediate Hurling semi-final at Drombane on Saturday afternoon last.

A battling Lattin Cullen Gaels side succumbed to North champions Ballina by 0-19 to 2-11 following an absorbing County Intermediate Hurling semi-final at Drombane on Saturday afternoon last.

In what proved a hard fought and tension-filled encounter the West combination side belied their underdogs tag to really put it up to a strong Ballina outfit. Level on five occasions throughout the hour, the difference between the sides in the finish was a stronger closing quarter from the Ballina men. Having seized a two-point advantage following Cathal Dillon’s 47th minute penalty Lattin were pegged back and outscored by 0-6 to 0-2 as a resilient Ballina side refused to capitulate.

Lattin threw everything at Ballina in injury time but despite going close on a number of occasions they just couldn’t break down a resolute Ballina defence.

In a frantic finish Lattin pegged the gap back to one with a long-range effort from the impressive Thomas Hanley before substitue Brian Stritch converted from close to the sideline on the stand side. Lattin Cullen’s best were Cathal Dillon, Brendan Hanley and Evan Hanley.