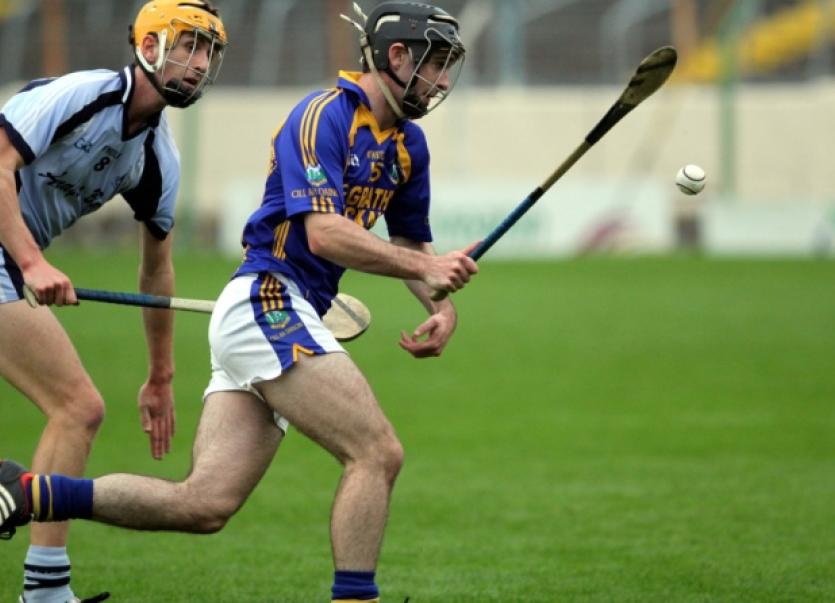 What a weekend of hurling! First the Croke Park spectacular, which had the scribes scrabbling for the superlatives, and then our county semis produce two gripping conclusions, the highlight featuring Kildanganâ€™s amazing comeback against Nenagh.

What a weekend of hurling! First the Croke Park spectacular, which had the scribes scrabbling for the superlatives, and then our county semis produce two gripping conclusions, the highlight featuring Kildanganâ€™s amazing comeback against Nenagh.

Kildangan are the new boys on the block in Tipperary club hurling and theyâ€™re certainly making their presence felt.

As North champs theyâ€™ve already taken out Clonoulty in a replay and now face into their second instalment against Nenagh, no doubt buoyed by this defiant comeback in the final quarter last Sunday. Heading into that last quarter they were nine adrift of Nenagh following Michael Heffernanâ€™s third goal, but amazingly in the remaining time they outscored their neighbours by 1-8 to 0-2. It was an extraordinary whiplash from the North champions, effectively stalling some patrons on their way to the exits.

The spark that lit the fuse under the revival was a peach of a goal from Joe Gallagher where he plucked a high one from the clouds and left goalie, McNamara, looking statuesque as the rigging trembled behind him. Darragh Egan followed with a booming point off a free from his own 45 metre line and suddenly the momentum was with the outsiders.

They drove on too and Nenagh were back-pedalling alarmingly in those final moments. Tadhg Gallagher and Tommy Connors brought the lead down to the minimum before a very marginal refereeing call gave Ruairi Gleeson the equalising free. In the end Nenagh were the ones clinging on.

This is typical of Nenagh, they take out the top two favourites, Sarsfields and Drom, and then struggle against lesser lights. I think theyâ€™ll sweat over the replay too. They might not get four goals so handily again, Darragh Egan untypically at fault for at least one of them, and theyâ€™ll have to be prepared to graft far more strenuously the next time.

The outcome will embolden Kildangan, who have now drawn twice with Nenagh this year. There was certainly more urgency and drive in their play, though at times they lived on the edge and could easily have ended up short-staffed. Theyâ€™re quite an even, cohesive side with strong defensive play coming from Martin Minehan, Gerry Slattery and David Sweeney. Ex-Holycross player, Gary Byrne, did well beside Tommy Connors at midfield and then in attack you have the Gallaghers and Ruairi Gleeson leading the charge â€“ the strong running of Tadhg Gallagher was a feature and his brother Joe hit a precious 1-2. Nenagh will probably be slight favourites again in the replay on Sunday but donâ€™t be shocked if thereâ€™s an upset.

In the opening game Loughmore got through but only after a major scare in the final minutes. They had a more even spread of hurlers and were heading for a reasonably safe victory entering the final seven minutes when Borrisoleigh, in a last-ditch gamble, sent Brendan Maher to full forward. The move came within inches of snatching the game and Borrisâ€™ must now be wondering why they didnâ€™t act quicker.

Even with two men trying to police him Maher created consternation in the Loughmore rearguard. He beat goalie Shane Nolan to a lobbing ball for a goal that threw the issue back in doubt with about three minutes remaining. Fouling brought a few more scores from frees and then in added time Maher almost executed a dramatic winner, bringing the ball down superbly but then shooting just wide of the posts. Loughmore survived.

It was a jittery survival at the end, though on balance Loughmore were the better side. Still a worry for them is this frailty at the back which leaks critical goals. They were hit for three in this yearâ€™s Mid final and Sarsfields put seven past them in last yearâ€™s divisional decider. It will be a concern ahead of the final. The problem for Borrisoleigh is that Brendan Maher doesnâ€™t have enough quality support. Philip Maher was excellent at full back and Conor Kenny hit four points in attack but overall they lacked forward power until Maher arrived.

Loughmore had John Meagher back on duty and got useful contributions from Noel McGrath, Cian Hennessy and Liam McGrath, especially when the latter moved outfield and got more involved. Few would have predicted at the start of the season that Loughmore would be the only Mid side to make the final but theyâ€™re there and will fancy their chances now of completing the job.

A job completed in dazzling style is Clareâ€™s All Ireland triumph: eight goals, a host of fantastic points, a swaying, breathless contest and a fitting encore from worthy winners. We thought 2010 was the peak of spectacle but this probably surpassed it.

It has been an extraordinary year for Clare hurling. They looked a work in progress in the early rounds â€“ remember their defeat by Cork to start with and their problems with Wexford later on. However, it somehow seemed to click once they hit Croke Park. The semi-final against Limerick was the launch and there was just no holding them after that.

It has been an incredible voyage for such a boyish bunch of players. Youth can be fearless and they played with an amazing abandon on both days. Once the management had the confidence to discard the sweeper tactic and take on Cork man-for-man they really blossomed.

Shane Oâ€™Donnell had to get the man-of-the-match award after that hat-trick of goals but I felt Conor McGrath was just as pivotal to the outcome. He was back defending in the early phases, setting up one of Oâ€™Donnellâ€™s goals later, and then hitting a classic goal himself. And to think that he has a Tipperary dad â€“ one that got away! You could extol the virtues of so many of the Clare players from this exhibition of all-out attacking hurling. Tony Kelly will surely now be player of the year; his point scoring from almost impossible positions was simply unbelievable.

Clare have certainly set a new template for the future and perhaps from a Tipperary perspective the message is that you donâ€™t necessarily need the physical players a la the Kilkenny model. Instead you need to adopt a style which suits the players at your disposal.

I have a final wish for Clare. In 1995 the country rejoiced and celebrated their great breakthrough; within a few years, however, Loughnane had turned so many against them. Hopefully Davy doesnâ€™t follow a similar path. His, and Clareâ€™s achievement, is major but I was impressed too on Saturday by the graciousness and dignity of JBM.

As for Cork I think they recognise that they got the most out of their available resources but were simply inferior to Clare on both days.