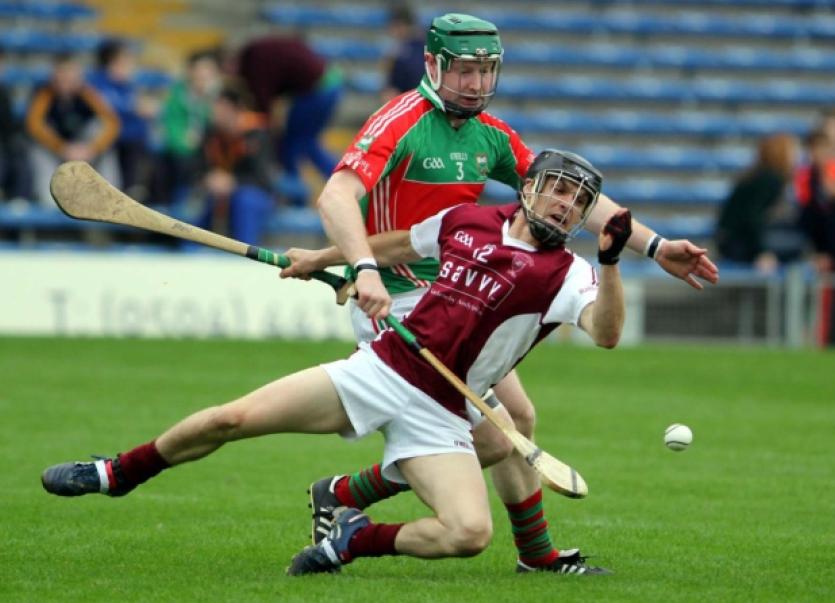 For the vast majority of this encounter Loughmore-Castleiney set the pace but Borris-Ileigh, thanks to the heroics of Brendan Maher, closed the gap to manageable proportions late on.

Brendan Maher even enjoyed an opportunity to snatch this semi-final for Michael Ferncombe’s men, but the inter-county star’s shot screamed narrowly wide.

To be fair, however, Loughmore-Castleiney hardly deserved to lose this one. With John Meagher outstanding at centre-back they moved the ball smartly and posed the greater attacking threat, with Noel McGrath drifting in and out of the game to devastating effect.

The sides traded points before efforts from Cian Hennessy and Noel McGrath forced Loughmore into a 0-3 to 0-1 lead by the ninth minute.

Despite playing into the breeze Loughmore notched another point thanks to Noel McGrath (‘65) and led 0-4 to 0-1 by the 13th minute.

Borris-Ileigh’s first score in 17 minutes arrived courtesy of a Brendan Maher free and was quickly added to by the dangerous Conor Kenny. Then, in the 19th minute, Brendan Maher scored a fantastic point off his left and the sides were level - 0-4 apiece. Noel McGrath and Dan McCormack then traded scores before Borris-Ileigh turned over a poor Loughmore effort to clear their lines and Conor Kenny handed Borris-Ileigh a 0-6 to 0-5 lead in the 27th minute.

A minute later Loughmore plundered a vital goal. The Borris-Ileigh defence looked to have John McGrath bottled up but the wing-forward conjured a great pass off his knees to Liam McGrath, who in turn picked out Cian Hennessy and Hennessy handed his side a 1-5 to 0-6 lead.

Borris-Ileigh’s Conor Kenny enjoyed the final say in the opening half but you already sensed that Loughmore had landed a serious blow, as the scores stood at 1-5 to 0-7. Immediately after the break a Noel McGrath point forced Loughmore two clear.

A converted Brendan Maher free left one between them before Loughmore’s Liam McGrath converted two placed balls of his own. A glorious flick of the hand from Noel McGrath in the 40th created the room for Evan Sweeney to shoot, but Borris-Ileigh ‘keeper Jack Bourke advanced to deflect the ball out for a ’65 which Noel McGrath converted - 1-10 to 0-8.

Facing the breeze Borris-Ileigh needed some encouragement and found it in the 43rd minute when Rory Kinane scrambled home Brendan Maher’s sideline ball to leave just two between them. Seconds later a Keith Ryan point reduced the deficit to one by the 48th minute.

Tom King and Conor Kenny then traded points, but Loughmore upped their performance considerably and hit four points without reply to lead 1-15 to 1-10 with nine minutes to play - Cian Hennessy (two), Aidan McGrath and John McGrath scoring. In the 56th minute Brendan Maher earned a converted a free to leave four between them.

Then Liam McGrath won a great ball and smacked over a superb point to force Loughmore back into a five-point lead in the 57th minute. That reprieve proved merely temporary, however, as Brendan Maher diverted William Donnelly’s teasing ball past a stranded Shane Nolan in the 58th minute to leave just two in it. Right on the hour mark a John McGrath point helped Loughmore into a three-point lead, but just seconds later Brendan Maher was fouled on the edge of the square. Maher converted the resultant opportunity to leave this one delicately poised in injury time.