Nenagh and Kildangan must meet again for place in final 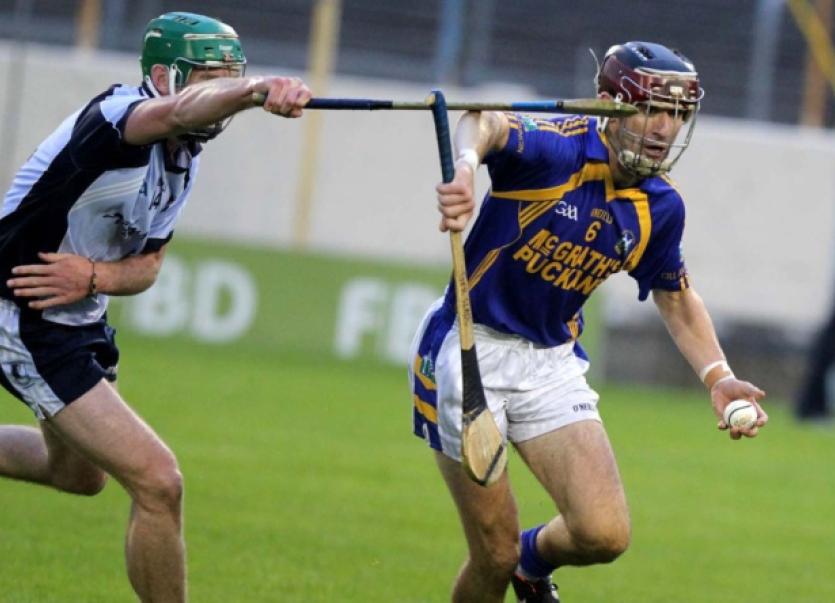 The identity of the second participant in the County Senior Hurling Championship Final remains unknown after Kildangan and Nenagh Ã‰ire Ã“g played out a dramatic draw in Semple Stadium on Sunday afternoon.

The identity of the second participant in the County Senior Hurling Championship Final remains unknown after Kildangan and Nenagh Ã‰ire Ã“g played out a dramatic draw in Semple Stadium on Sunday afternoon.

Although the game didnâ€™t quite live up to its pre-match billing, the drama that unfolded in the last quarter was worth the admission price on its own.

With a quarter of an hour to go Ã‰ire Ã“g led comfortably by three clear goals and looked to be heading to their first county final since 2006. However Kildangan drew strength from somewhere and outscored Nenagh by 1-8 to 0-2 in the final 13 minutes, culminating in an equalising free from Ruairi Gleeson in the 61st minute.

While Ã‰ire Ã“g will naturally be disappointed to let such a commanding lead slip from their grasp, nothing has been lost at this stage and both teams start from zero in next Sundayâ€™s replay. Kildangan will be relieved to have a second bite at the cherry and will feel that they did not do themselves justice in the 60 minutes.

The more experienced Kildangan showed the greater nervousness and tension in their play, bickering with their opposite numbers and uncharacteristically fumbling with first touches. With just two starting forwards, Tadhg and Joe Gallagher scoring from play, Kildangan were heavily reliant of the accuracy of Ruairi Gleeson and Darragh Egan from placed balls. Ã‰ire Ã“g too had 7 scores from frees and a â€˜65 but, in addition to Michael Heffernanâ€™s 3-1 from play, had a much greater spread from play among the forwards and substitutes Donnacha Quinn and James Mackey also contributed to the scoreline on their introduction.

The opening exchanges, although nervy, were even enough until Michael Heffernan broke the deadlock with a goal in the 17th minute to give his side a 1-4 to 0-3 lead. Heffernan struck again two minutes later, this time from 40 metres out when his bouncing effort deceived Darragh Egan between the Kildangan posts. Egan quickly repaid for his lapse with a superb unstoppable goal from a 20 metre free in the 21st minute to reduce the deficit to four. While Michael Heffernan converted a â€˜65 in the 25th minute it was Kildangan who finished the stronger with four unanswered points before the break to leave the interval score at 2-6 to 1-8 in favour of Ã‰ire Ã“g.

Kildanganâ€™s Jack Loughnane popped over a nice point 30 seconds after the re-start. Ruairi Gleeson had a goal-bound shot well stopped by Michael McNamara in the 32nd minute but converted the resultant â€˜65 to give Kildangan the lead for the first time since the 6th minute. Mikey Heffernan grabbed the initiative with a point from play while a couple of Kevin Tucker frees and a neat James Mackey effort put a goal between the sides (2-10 to 1-10). Paddy Murphy combined with Donnacha Quinn for a point in the 39th minute and the same duo caused havoc in the very next play when Quinnâ€™s goal-bound effort was well saved by Egan but Murphy followed up to finish the rebound to the net.

In the 44th minute Kildangan were awarded a free and Darragh Egan made the journey upfield once more. His well struck free was stopped by John Brennan at the expense of a â€˜65, which was converted by Ruairi Gleeson. A high delivery from Billy Heffernan was plucked from the air by Michael Heffernan and smashed to the net to leave the score at 4-11 to 1-11 with a quarter of an hour remaining.

Kildangan kept in touch through Ruairi Gleeson (free), Joe Gallagher and Eoin Gleeson while Richie Flannery had a point for Nenagh. Joe Gallagher put the cat among the pigeons with seven minutes left when grabbing a long Ger Slattery delivery to fire home a goal. Egan and Gleeson frees reduced the gap to two with five minutes left but a Kevin Tucker free settled Nenagh once more. In the final three minutes Tadhg Gallagher scored a point. Tommy Connors landed another point before Gleeson nonchantly scored the equalising free to bring the game to a replay.