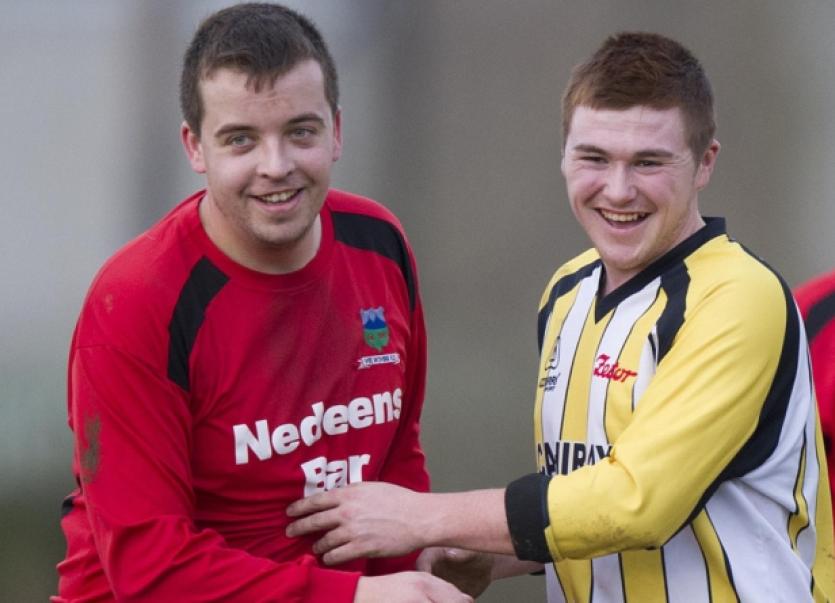 Suirside tightened their grip on one of the promotion spots from Division Four as they carried on their unbeaten start to the year with a crushing victory over Two Mile Borris on Sunday.

After an even opening period, they finally took the lead after 38th minutes when Paddy Moss finished to the net after a cross from Andy Hickey.

One up at the break, they doubled the lead on 67 minutes from the penalty spot, when Moss was fouled in the area, and Darren Sweeney slotted home.

This finally broke the visitorâ€™s resistance, and two goals in as many minutes ten minutes before the end put the result in no doubt, as free scoring Sweeney completed his hat trick. The final goal with two minutes left just underlined the gulf in class between the teams at that stage as John Oâ€™Donnell fired home after a wonderful passage of Suirside play.

This was a pulsating game with both sides needing the points to stay in touch at the promotion end of the table, and going all out to secure the three points.

Dualla took the advantage with a brace of goals inside two minutes around the 25th minute, when Michael Mc Donagh and Cathal Ryan both beat the home defence to score.

Unfortunately for Slieveardagh, they were unable to capitalise on this, and despite scoring a third goal five minutes before time through Eoin Burke, it was the visitors who took home the spoils, as a small gap now begins to develop at the top of the Fourth Division table.