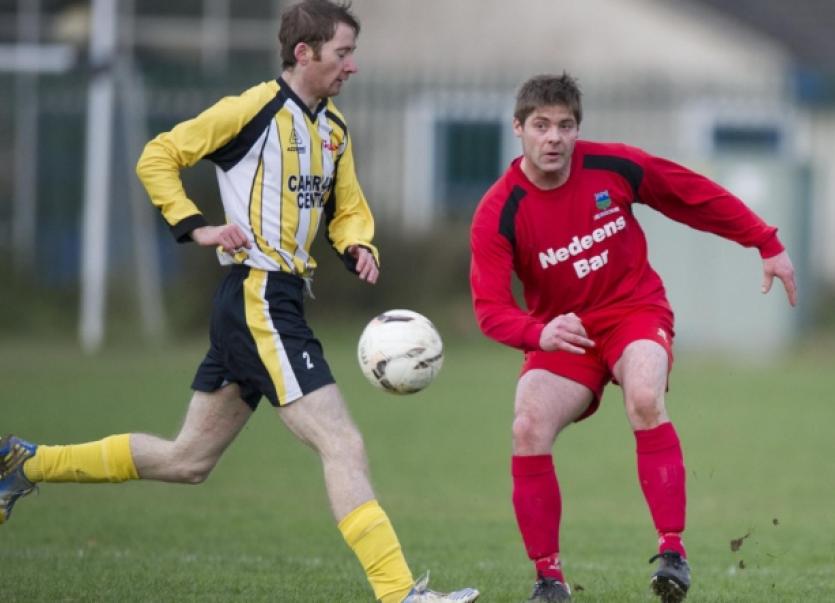 This was a real cup tie with both teams giving everything before it was finally decided by the lottery of penalties.

Bansha Celtic went one up in the 25th minute when Daire Egan beat the off-side trap before finishing well.

Cahir Park equalised on just after the half hour when Andy Oâ€™Connor pounced on a goalkeeping error to finish with a tap in.

Celtic went back in front just before half time with a goal from Darren Mc Grath and looked comfortable when they increased the lead to 3-1 just after the break when McGrath scored again.

However Cahir Park got back into the game when Oâ€™Connor scored his second on the hour, and then broke the home teamâ€™s hearts with an equaliser from Dylan Walsh five minutes before the end.

Cahir Park took the lead for the first time two minutes into extra time, but on the stroke of full-time, Bansha Celtic forced it to spot kicks when Shane Power drove home a penalty kick.

However, their luck from the spot deserted them soon afterwards, and Cahir Park advanced to the next round of the competition.

A game of two halves saw the home team advance in a thrilling encounter in Tipperary on Saturday.

The home side opened the scoring through Elliot Thompson after seven minutes, but from there to half time had to play second fiddle to a dominant Two-Mile-Borris team, who went 3-1 ahead at the break after goals from Jamie Carey, Jack Cleary and a second from Carey.

The visitors then crumbled completely in the second half as a St. Michaelâ€™s onslaught washed over them.

The Saints pulled one back immediately after the restart when substitute Shane Neville scored with his first touch, and they were level 15 minutes from time as Elliot Thompson got his second from the penalty spot. Thompson then put St. Michaelâ€™s ahead two minutes from time with another converted penalty to complete his hat-trick, before Shane Neville guaranteed the win in injury time, with a breakaway goal as Two-Mile-Borris were exposed while pressing for an equaliser.