Changes on the cards for Nowlan Park re-match 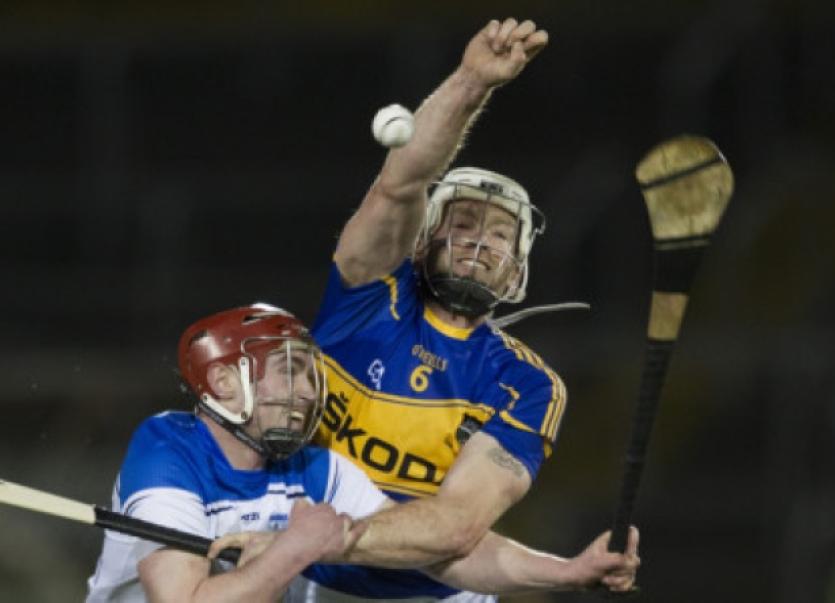 Manager Eamonn Oâ€™Shea has confirmed that there will be changes to the Tipperary team for Sundayâ€™s National Hurling League match against Kilkenny.

Manager Eamonn Oâ€™Shea has confirmed that there will be changes to the Tipperary team for Sundayâ€™s National Hurling League match against Kilkenny.

â€œThere will be changes but there would have been even if we lost (against Waterford in their opening game last weekend). We will have changes from game to game but this does give us a little bit of flexibilityâ€, he said.

Sundayâ€™s repeat of last yearâ€™s league final will be played at Nowlan Park, despite the damage caused to the roof of the old stand during last weekâ€™s storm. Cork referee Diarmuid Kirwan will be in charge and the match has a 2pm throw-in.

What was already a difficult assignment for the visitors looks as if it might have become even more testing after the competitionâ€™s opening round last weekend. Following their narrow defeat by All-Ireland champions Clare in Ennis, Kilkenny will be even more determined to get their season up and running with a victory.

Speaking after Saturdayâ€™s opening fixture at Semple Stadium and looking ahead to Sundayâ€™s big game in Kilkenny, Eamon Oâ€™Shea said â€œYeah, great fun! The last time we were there was a fantastic game. People seemed to forget (that match) in the excitement of last year but certainly itâ€™s a game I remember. We came out on the wrong side of a great battle, a great occasion, fantastic - provincial ground, great excitement, very partisan crowd - I hope itâ€™s the same againâ€.

Injuries have sidelined players including Lar Corbett, â€˜Bonnerâ€™ Maher, Paddy Stapleton and Eoin Kelly, with Stapleton in line for a possible return this weekend.

â€œThe rest should be back shortly after that, theyâ€™re not long-termâ€, said the manager.

He also shed light on the announcement last week of a 26-man panel for the National League.

â€œWe didnâ€™t really cut the panel down. We had to name 26 but thereâ€™s lots of fellas there, fellas outside the panel who will be getting games. I wouldnâ€™t pay too much attention to that panelâ€.

Tipp didnâ€™t exactly set the world alight with their defeat of Waterford but their manager wasnâ€™t unduly concerned with the performance.

When questioned whether the rotation of the forwards was planned in advance or if the players had taken the decision themselves, he replied â€œthey have to work these things out - Iâ€™m not a great planner.

These are players who are really trying hard and fair play to themâ€.

Meanwhile, in the wake of his sideâ€™s one-point defeat against Clare, Kilkenny boss Brian Cody said â€œthere were a lot of good points about our performance. Lads played very decently and while we had a lot of inexperienced players throughout the field they did well.

We were very much in the game at all times. The Clare goal (from Colin Ryan) was a bit of a setback and then we had a chance of a goal that didnâ€™t go in (from Henry Shefflinâ€™s penalty).

Overall our performance wasnâ€™t bad but obviously Iâ€™d much prefer to win the game.

Weâ€™ll keep working away, thereâ€™s no big, massive plan. Weâ€™ll try and win matches and play as well as we possibly can. We need to build a panel of players so weâ€™ll look at as many we can.

Itâ€™s a very competitive league. All the teams are capable of beating each other on a given dayâ€.

When asked if he planned to play Henry Shefflin on a regular basis throughout the league, he said there was no definite plan for any player.

â€œWe assess the situation from week to week. We look at the injury situation, see whoâ€™s available and take it from thereâ€.

A point in the 65th minute by Colin Ryan proved decisive as Davy Fitzgeraldâ€™s men sealed a 1-16 to 0-18 victory at Cusack Park. Clare were on top for the majority of the first half thanks to a goal from Ryan but Kilkennyâ€“ buoyed by Henry Shefflin â€“ dug their heels in and got back into the game.

Shefflin had 7 points to his name by the interval, with the sides going in level at 0-11 to 1-8. A Colm Galvin score in the second half restored Clareâ€™s lead but the sides were level with 15 minutes remaining.

Kilkenny were ahead for the first time on 57 minutes through Padraig Walsh, but Clare fought back to seal a hard-earned victory.