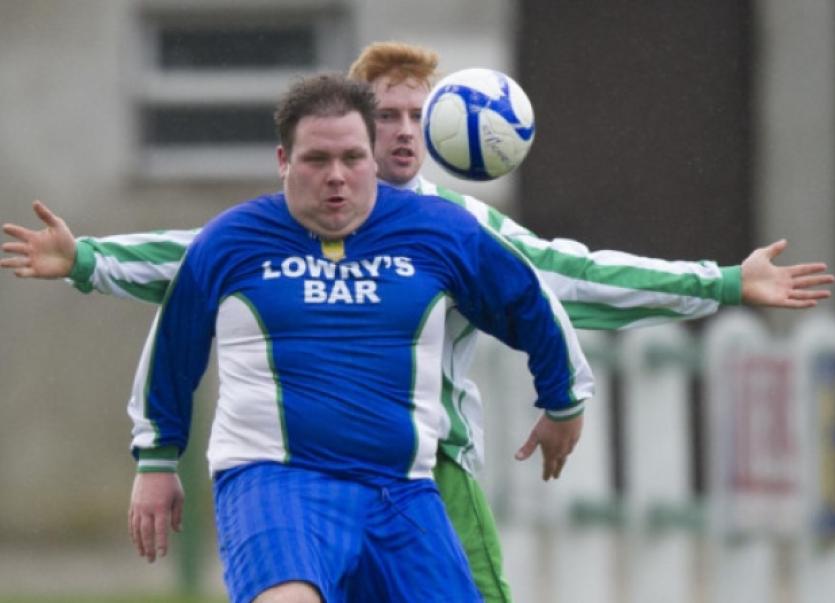 Played in dry soft conditions on Sunday last, with the grey shadow of foreboding rain ever present, this cup game bubbled up nicely to provide plenty of entertainment.

Played in dry soft conditions on Sunday last, with the grey shadow of foreboding rain ever present, this cup game bubbled up nicely to provide plenty of entertainment.

The first half saw two evenly matched teams give nothing away before the game came to the boil in the second half giving the small band of loyal but vocal supporters a wonderful cup tie at the Clonmel.

Thatâ€™s not to say there were no interesting moments in that first period, as especially the home side were thwarted by both human and metal defences having shots cleared off the line from Youceff Brahimi and cannoning off the crossbar from Ross Condon and Ian Barnes.

But it did take until the 55th minute before Condon broke the deadlock putting the home side a goal up with a shot from outside the penalty area.

The Saints responded however, and were on level terms ten minutes later when Eoin Oâ€™Riordan had a speculative shot deflected to the net leaving the home keeper stranded and unable to keep the ball out.

The level scoreline lasted only a minute though, as from the kick off a neat movement through midfield finished with Barnes teeing up Kennedy to score and put his side back in front. Kennedy was on the scoresheet again four minutes later from a header but this didnâ€™t secure the game for Rovers as the visitors replied again with 11 minutes left when Thomas Peters scored from inside ten yards.

This set up a grandstand finish with the away team throwing caution to the wind, but only seeing their hearts broken as they were caught on the counter when an Ian Barnes shot struck the crossbar again, but this time Brahimi was on hand to tap into the goal and put his team through to the semi finals.