Callanan inspires revival as Tipp get up and running 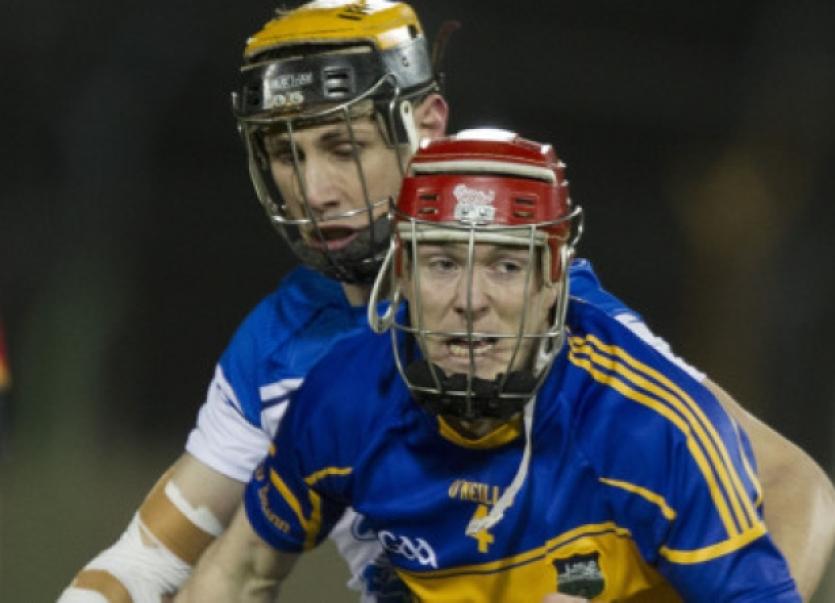 The performance that Tipperary produced against Waterford at Semple Stadium on Saturday evening was far from vintage but it was enough to earn them victory in their opening game in the National Hurling League Division 1A.

The performance that Tipperary produced against Waterford at Semple Stadium on Saturday evening was far from vintage but it was enough to earn them victory in their opening game in the National Hurling League Division 1A.

Tipp were behind by 5 points on three occasions and they looked in trouble when Waterfordâ€™s Jake Dillon made it 0-10 to 0-5 five minutes into the second half.

At that stage Waterford were the better side, displaying crisper passing and the better teamwork against a lethargic-looking Tipp outfit whose touch was poor and their errors basic.

Yet despite their collective struggle Tipp hung on grimly. Points from John Oâ€™Dwyerâ€™s free and Noel McGrath edged them closer and the gameâ€™s first goal, 11 minutes into the second half, lit the fuse that sparked their revival.

Seamus Callanan, who received the ball from Noel McGrath, shaped to play a return pass but instead shot to the net from an uninviting angle to equalise (1-7 to 0-10) and give their supporters in the attendance of 4,786 something to shout about.

Waterford regained the advantage with Pauric Mahonyâ€™s free but Callananâ€™s goal was the catalyst that lifted Tippâ€™s display above the ordinary.

The teams traded further scores through Kieran Bergin and another Mahony free. Tipp had a point from Seamus Callanan before a free from the same player put them ahead for the first time with 14 minutes remaining. Callanan increased their advantage from play before another Pauric Mahony free kept Waterfordâ€™s interest alive.

However by now the momentum was firmly with Tipp. Seamus Callanan, who it seemed had the midas touch, converted a free from halfway on the hour mark, with substitute Denis Maher chipping in with a point after Brian Oâ€™Sullivan scored for Waterford.

Thanks to Philip Mahonyâ€™s second point, the gap was still only a point when disaster struck for Waterford in the final minute, as a free from Tipp goalie Darren Gleeson from his ownâ€™45 slipped through the grasp of his opposite number Stephen Oâ€™Keeffe and over the line. Waterford hit back with a Pauric Mahony free but Tipp held on.

It was mostly the old reliables who came to Tippâ€™s rescue. Seamus Callanan had only been on the fringes of the game in the opening half but his later contribution was immense. Noel McGrath was a constant source of inspiration while captain Brendan Maher gave a solid display.

The defence was bothered by the movement and pace of the Waterford forwards but Michael Cahill, Padraic Maher and Shane McGrath eventually found their feet, as Tipp outscored their opponents by 2-6 to 0-6 in the last 20 minutes.

There were encouraging displays too from substitutes Liam McGrath and Denis Maher, with McGrath starting the move that led to Callananâ€™s goal and earning the free that allowed Callanan give them the lead for the first time.

Waterford missed a glut of chances, finishing with 13 wides to Tippâ€™s 9. Having enjoyed wind advantage they led at half time by 0-8 to 0-5, thanks to 6 points (5 from frees) from Pauric Mahony. However if the same player, who had 5 wides in the first half, had his eye in then his team would have been in a much healthier position at the break.

Full back Shane Fives, wing back Philip Mahony and midfielder Kevin Moran were others to shine for Waterford in that opening period against a Tipp team that struggled to find a rhythm. It was a 0-8 to 0-3 after 28 minutes when Pauric Mahony scored, but two converted frees by John Oâ€™Dwyer gave Tipp a platform for the second half.