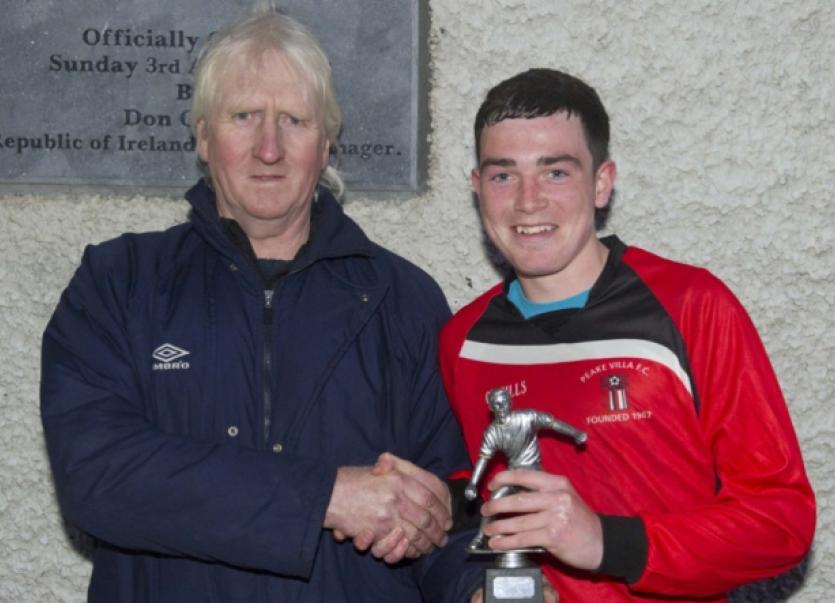 Peake Villaâ€™s Youths made it a league and cup double last weekend when they captured the Tipperary Youth Cup with a win against Division Two cup winners Bansha Celtic at Newhill Park.

The game was only three minutes old when the Thurles boys opened the scoring, Dale Loughnane powered down the wing to cross for an onrushing Jack Derby to fire home.

This set the tone for the first half, but although Villa had the lionâ€™s share of the chances, they were unable to add to their lead. And their profligacy almost came back to haunt them, when in a six minute spell around the hour mark, Bansha Celtic hit back with goals from a stunning volley by Stephen O Dwyer, and a real poacherâ€™s goal by Seanie Oâ€™Halloran after the Villa keeper dropped a free kick at his feet.

It looked after that Bansha Celtic were going to hold out, but ten minutes from time, Villa captain Adam Garrett put his team level with a deserved equaliser, taking the game to extra time.

The first period of extra time was scoreless and the game seemed destined for the dreaded shoot out, but 30 seconds into the second period, Derby got his second of the night to seal the victory for his team, and to begin huge celebrations for what has been an outstanding season for the club