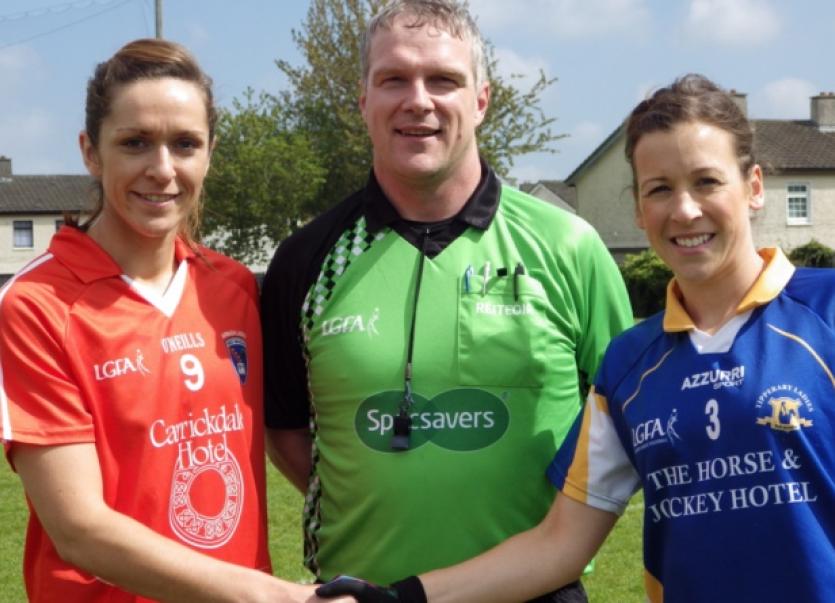 Tipperary suffered a huge defeat in the Tesco Homegrown National Football League Semi Final against Armagh on Sunday, losing 9-15 to 0-2.

Tipperary suffered a huge defeat in the Tesco Homegrown National Football League Semi Final against Armagh on Sunday, losing 9-15 to 0-2.

Armagh were unbeaten in the league and went into the game at Blanchardstown as favourites but no one could have predicted the extent of their vicory, even against an understrength Tipp side that had been rocked in recent weeks by the dropping of key players from the panel.

Tipperary will now have a short break before they commence their Munster Championship preparations.

Meanwhile the county u-16s had better luck with victory over Limerick in the Munster final and a place in the All Ireland series. They also ran up a huge score, beating the Shannonsiders 8-15 to 0-2.

Lattin Cullenâ€™s Lara Oâ€™Dwyer was a popular choice as Player of the Match and her contribution of 3-1 set Tipp on their way. Aoibhe Oâ€™Shea and Aisling Moloney scored two goals each with one from the boot of Evrena Everard.

Following presentation of the Munster Cup to Tipperary captain Aoife Corcoran, the team was treated to a meal and it was a pleasure to watch these girls celebrate.

When manager Siobhan Condon thanked them for their efforts to date and announced a break for a few weeks there were groans of despair from players who wanted to continue training and playing together such is their enthusiasm and appetite for football.