Tipperary keen to lay down marker against Kilkenny 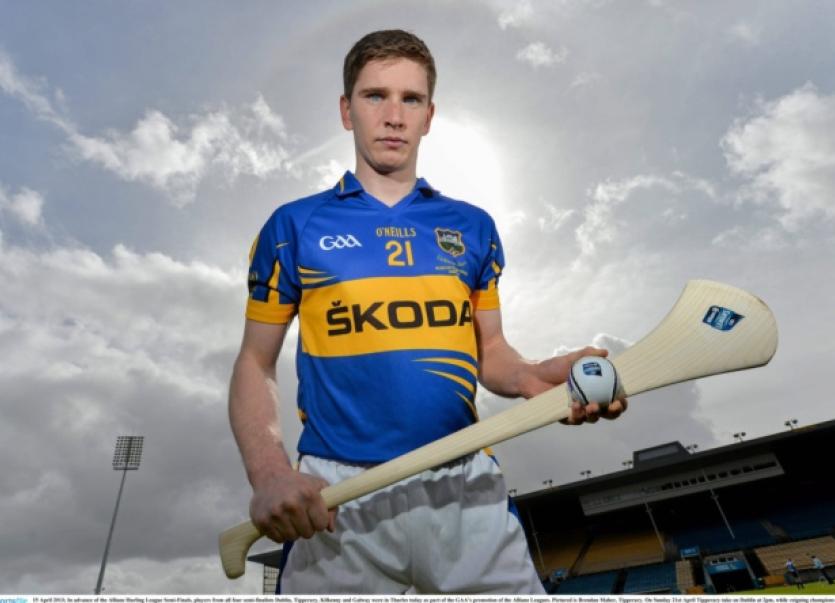 The criticism directed at Tipperaryâ€™s hurlers has only â€œhardenedâ€ the players, according to captain Brendan Maher.

The criticism directed at Tipperaryâ€™s hurlers has only â€œhardenedâ€ the players, according to captain Brendan Maher.

â€œWe got our fair share of criticism, perhaps more than anyone over the past couple of yearsâ€, he said as the team prepares for Sundayâ€™s National League Division 1A Final against Kilkenny at Semple Stadium (3.30).

â€œItâ€™s something that weâ€™ve had to learn to deal with and the one thing we said at the start of the year, and it didnâ€™t change even through the bad results, was that we were just going to focus on trying to get the best out of ourselves in training. I suppose it didnâ€™t come out on the field in some of the games, but in fairness everybody kept their shoulder to the wheel and stayed trying to improve and improve.

Weâ€™re by no means the finished article yet but weâ€™re improving. Thatâ€™s a good sign and the next day is about improving againâ€, he says.

Tipp looked anything but potential league finalists when they lost successive matches against Kilkenny, Clare and Galway, leaking a total of 12 goals in those three games, but manager Eamon Oâ€™Shea and his backroom team refused to panic.

â€œYouâ€™re getting positive encouragement all the time and youâ€™re encouraged to go out and express yourselfâ€, says Brendan. â€œYou couldnâ€™t ask for more and the lads (management) have always been great that way, they say theyâ€™ll never give out to you for making a mistake.

When we were conceding goals it was a case of â€˜right, we need to work on thisâ€™, but they were never pointing fingers or saying whatâ€™s wrong with you, it was always what can we do to improve, and thatâ€™s the right approach. If we can keep that we can all look back at whatever way the year works out and if it means winning cups and trophies brilliant, as long as we can say at the end of the year that everyone gave 100% weâ€™ll be happyâ€.

For a team that looked on course for a relegation play-off, successive victories against Dublin, Cork and Clare resurrected Tippâ€™s season and now theyâ€™re preparing for another big game against Kilkenny.

â€œKilkenny are the only team to have knocked us out of the championship since I started (senior) hurling in 2009, so thatâ€™s definitely something that you want to lay down a marker on. But itâ€™s the same with every team, you want to beat every team. Kilkenny have had the upper hand on us so we want to go out and give a performance, and weâ€™re confident enough that if we can get the performance we want it should go a long way to winning the gameâ€.

Kilkenny have beaten Tipp in seven of their eight meetings since the landmark 2010 All-Ireland Final.

However the Tipp captain says â€œif you get hung up on those things it could maybe affect your performance, you might go out and be a bit too edgy, it might grab your mind a bit. So weâ€™re approaching every game as it comes, and just try and play the way we know we can play as much as possible.

Any team that has beaten you so often, you owe them not just one but more than oneâ€.

He predicts that the final will be a completely different affair to the semi-final against Clare. It would be a case of adapting to that as best they could and imposing their game on the opposition.

â€œThe workrate in the semi-final against Clare was hunger coming from the confidence you gain from a few wins, there was a bit more freedom there. Itâ€™s down to the lads who are doing the drills with us and the things weâ€™re doing in training. Credit has to go to them, they have us in the right frame of mind going out and theyâ€™re always encouraging us to express ourselves, and go out and try and get a performance, and whatever result comes with that weâ€™ll be happy as long as weâ€™ve given 100%â€.

Brendan Maher says that while heâ€™s honoured to be captain, his own performances are his priority. â€œThe role of captain is a leadership role but my number one priority is performing on the field, and if Iâ€™m not doing that I donâ€™t care whatâ€™s going on other than that. You do learn to do the extra things but to be honest itâ€™s just a title. Itâ€™s a very good title to have and itâ€™s a huge honour, but at the end of the day Iâ€™m still just a playerâ€.

In recent matches the Borris-Ileigh player has slotted into centre back, a position that he has filled for his club and at underage level.

â€œIâ€™m happy to be able to do a job for the team, wherever you are placed you just have to think of the team and try and do your bit, whether that means getting on the ball every second time it comes down or not getting on it at all.

The big thing is that they (the management) leave it to ourselves, thereâ€™s a lot of responsibility left to the players on the field, we can adjust and adapt to whatever way it is. They have given us the freedom to make calls if you need to make calls, whether you pick up this lad and Iâ€™ll go free, different things like thatâ€, he said.

â€œTheyâ€™re only there to facilitate us, to prepare us for the game and once you cross the white line itâ€™s down to usâ€.