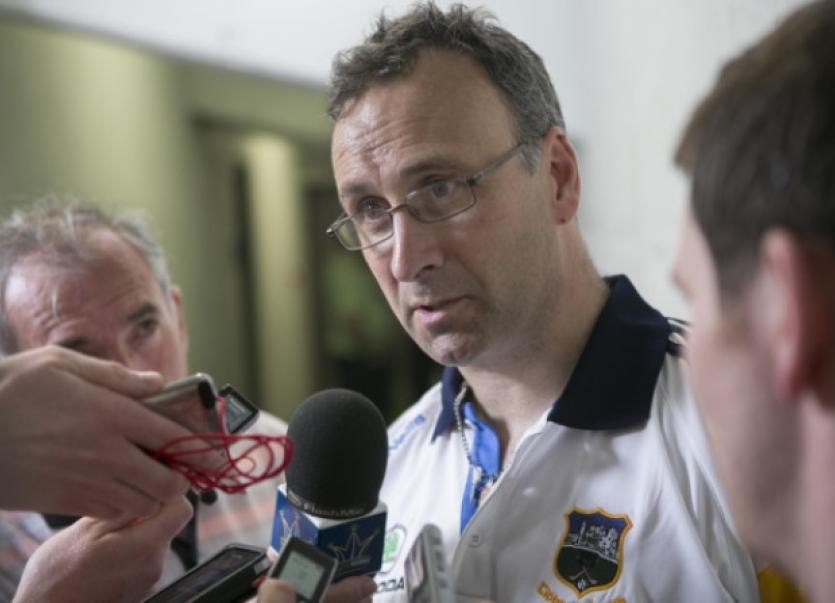 Even if Tipperary football manager Peter Creedon, wisely, never seems to get too excited or hung up on the vagaries of senior football, one could feel the sense of achievement emanating following Saturdayâ€™s Croke Park victory.

Even if Tipperary football manager Peter Creedon, wisely, never seems to get too excited or hung up on the vagaries of senior football, one could feel the sense of achievement emanating following Saturdayâ€™s Croke Park victory.

An eight-game National League campaign had just finished and Tipperary, fittingly and deservingly, had been crowned Division Four champions for their first time ever.

Along with the backroom staff of coach Michael McGeehin and selectors Michael Oâ€™Loughlin, Eoghan Cooney and Tommy Toomey, the West Cork native Peter Creedon had steered Tipp out of the Leagueâ€™s bottom rung.

The Croke Park victory was our first at headquarters since the 2005 Tommy Moore Cup triumph under the management of Seamus McCarthy and captaincy of Declan Browne.

From an opening encounter in Dr. Cullen Park with a win over Carlow, to crowning glory in â€˜Crokerâ€™, Tipp had beaten opposition from all four provinces and also overcome the potential banana skin in Ruislip of last yearâ€™s Connacht finalists, London.

Clare, the other promoted team, were beaten twice, so there is no disputing Tippâ€™s â€¨supremacy and justifiably they can look forward to a higher standard of competition in Division 3 next spring.

The Carbery Rangers clubman credited his side with the second half fightback â€¨after conceding a 43rd minute goal to Clare.

â€œThey turned over a sloppy enough ball down in the corner and they worked well up the field and he (Oâ€™Leary) struck a great goal, credit to the forward there. I think we had it back within five or six minutes and then we kept our noses in front from there to the finish line.â€

â€œItâ€™s a good boost for the championship now. Any time you win a national title is. Obviously our aim was to get out of the division and we are happy enough that we got promoted. Itâ€™s nice to win a bit of silverware. So letâ€™s start training again and try and improve for Limerick. We are back training Friday night because we are playing a Division 3 team next and we need to improve.â€

As is so often the case in tight games, the bench was pivotal in dictating the outcome and Creedon praised his subs for their input.

â€œCiarÃ¡n (McDonald) came on after coming back from a serious injury. He has put in great work to get back - people wouldnâ€™t realise the effort he has made. Heâ€™s a great competitor and heâ€™d make any county team in the country. Seamus (Grogan) did well and young Colin (Oâ€™Riordan) has only been with us a week or two. Heâ€™s only 19 and straight out of minor. (Four minors from 2011 played on Saturday). We are a young team. Gary Brennan at midfield today was outstanding and he kept Clare in it for all of the 70 minutes.â€

â€œBrian Fox did fine too and cut through a few times and created a few scores. You have to when you are playing in a final whether it is a junior final or an under 12 final nothing is easily won and you need the vast majority of your players to play well,â€ he concluded.